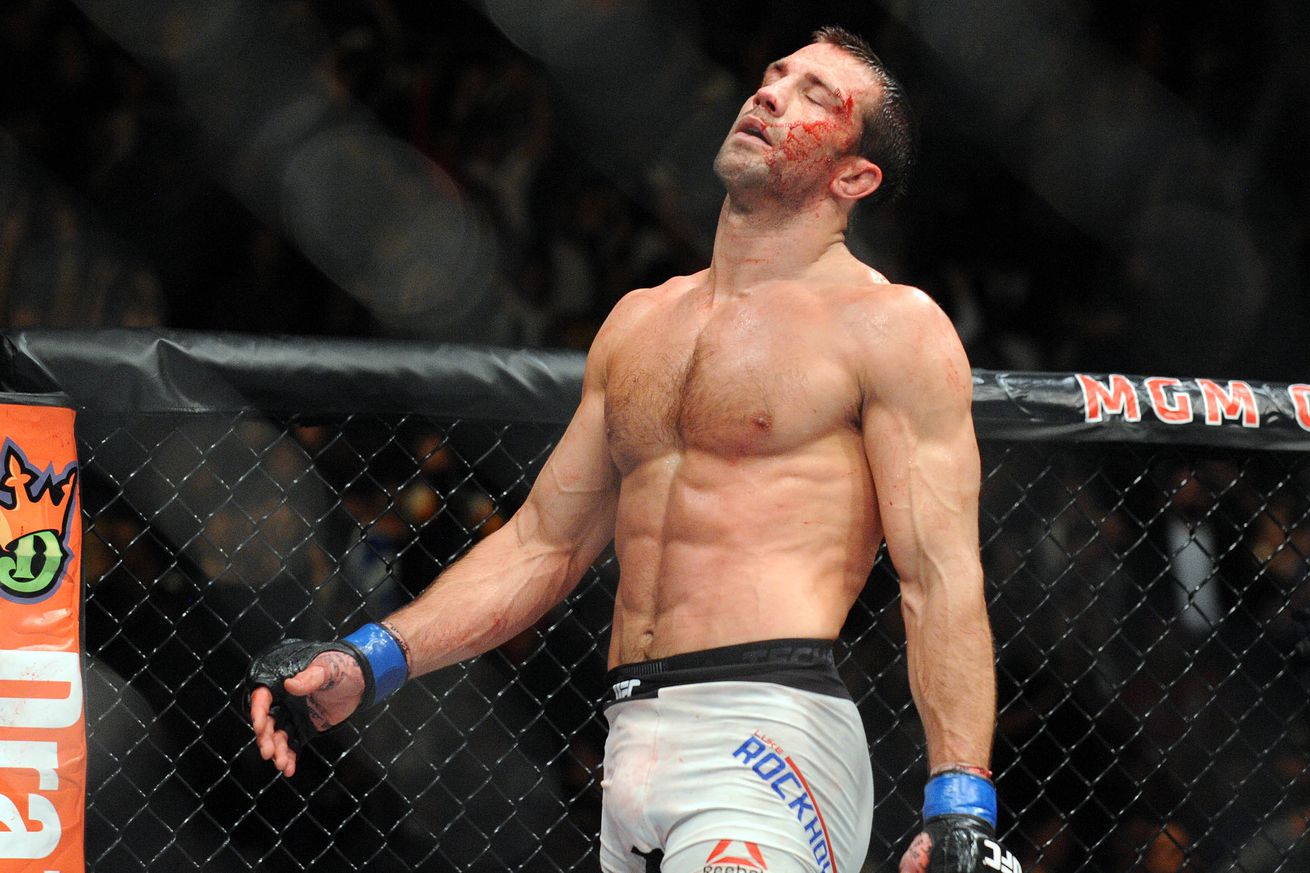 The decision to grant Georges St-Pierre the next middleweight title fight against Michael Bisping hasn’t sat well with too many people.

And you can now add former division king, Luke Rockhold, to the list

It’s chaos, isn’t it? I think they’re running down a slippery slope,” Rockhold told “UFC Tonight” via MMA Junkie. “Things could easily get out of hand, you never know what these guys are going to do. Georges isn’t going to fight anybody in the top of our division if he wins this fight. Bisping could potentially be in the same boat,” said Luke.

For Rockhold, the fact that the promotion decided to book the puzzling title bout is leaning toward the WWE route.

“I’m bummed they took this route. It’s kind of taken away from the heart of the sport. It’s about the top guys fighting each other,” said Luke.

“This isn’t WWE. This is fighting. It’s what it’s all about. So when they make moves like this, it definitely makes you question a lot of things of what you’re doing and how you approach things.”

Rockhold hasn’t competed since getting knocked out by “The Count” and subsequently getting dethroned by the brash Brit at UFC 199.

As for when Luke plans on coming back to try and reclaim his crown, that’s still up in the air as he heals up from his most recent surgery.

Once he’s ready, however, he is willing to out his title dreams on hold for this Heavyweight matchup.