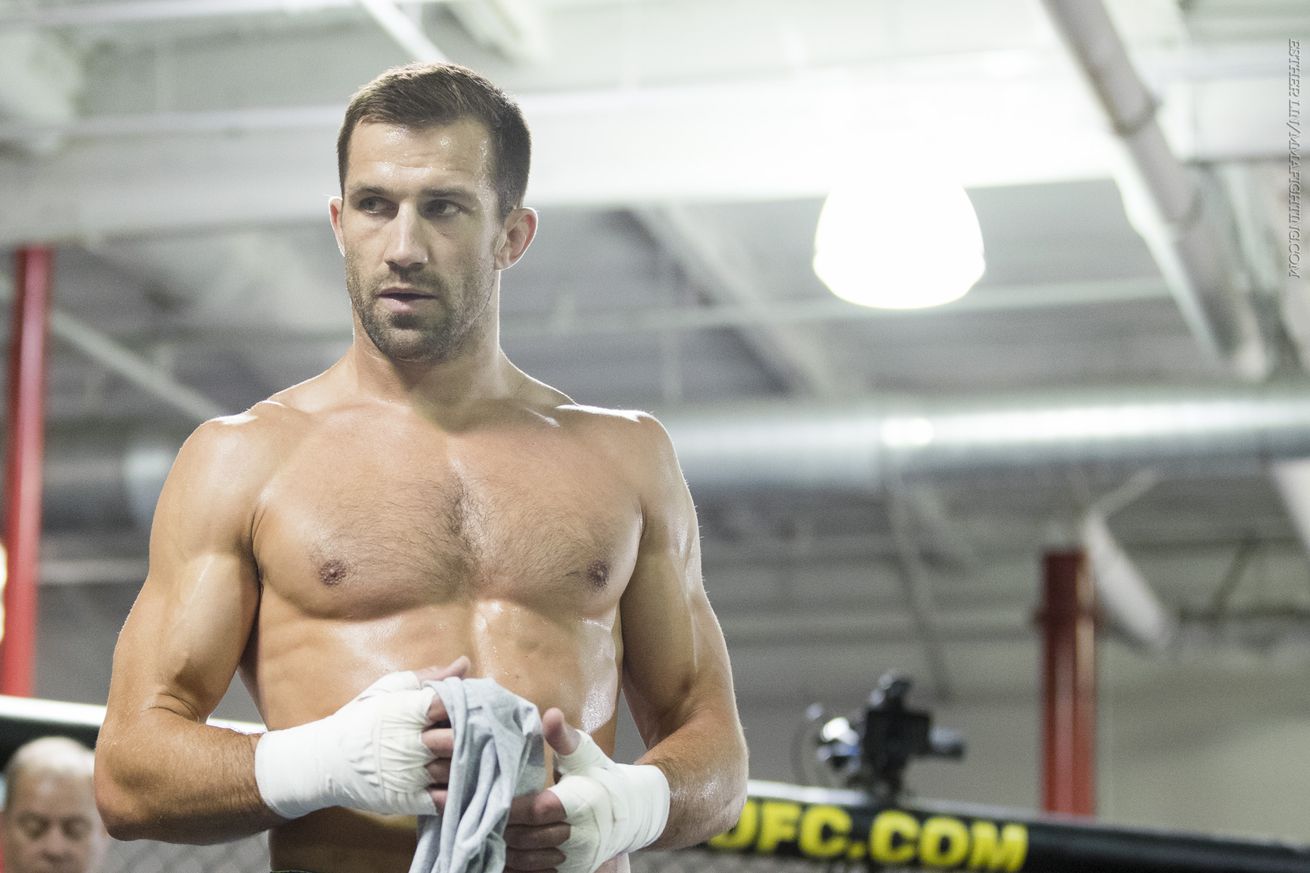 Former UFC middleweight champion Luke Rockhold breaks his year-long layoff on Sept. 16 when he returns to the cage against David Branch at UFC Fight Night 116.

After holding out for what Rockhold hoped would be a marquee opponent for his return, the Branch booking was surprising, given Branch’s low No. 9 ranking in the UFC’s middleweight top-10, but Rockhold says he ultimately had to bite the bullet and take what was available to him after several big-name fights failed to happen.

“Really what it comes down to is, I can’t wait anymore,” Rockhold said Monday on The MMA Hour. “I had the thought process of waiting for that fight. In June it was Anderson Silva in Rio, he wouldn’t take the fight. Then they moved onto Gegard Mousasi, couldn’t get him to sign the fight. I mean, I went to 205, to Shogun (Rua), to try to get (Fabricio) Werdum (at heavyweight). I’ve tried to get everybody I could possibly think about to get a fight that really got me up, but no one would take a fight, and now we’ve come down to David Branch was the only guy in the top-10 that would take a fight, from June to July to August to September, and it’s time.”

Rockhold, 32, last fought in June 2016 when he suffered a first-round knockout loss at the hands of Michael Bisping and dropped his UFC middleweight title. Prior to that, the former Strikeforce champion established himself as one of the best middleweights in the world, racking up five consecutive stoppage wins inside the UFC, a run highlighted by vicious finishes over Bisping, Chris Weidman, and Lyoto Machida.

But a lot has changed at 185 pounds over the year Rockhold was away. Bisping’s title reign first put Dan Henderson in line for the belt, and now retired welterweight great Georges St-Pierre, leaving the rest of the UFC’s middleweight contenders to fight things out among themselves. That prompted Rockhold to call for the creation of an interim middleweight belt back in May, a request which was ultimately granted at UFC 213.

Rockhold says he eyed a fight against the loser of that interim title match-up, Yoel Romero, but things didn’t work out with the former Olympian.

“I tried to get everything that made a bit of sense and no one would step up and fight,” Rockhold said. “Yoel wanted to delay and get a three-round fight as much as he could. We all know his issues with fighting a real fight.

“I wanted a fight, and like I said, the delays, I was ready to go. Yoel wanted to delay it into a three-round fight. I mean, let’s call it what it is. I was more than happy to fight Yoel. I would’ve loved the opportunity to end all the talk and shut his mouth. It’s a fight I’ll fight here shortly, I’m sure.”

Rockhold’s version of events has been disputed by Romero and his team.

Romero’s manager, Malki Kawa, said last week on The MMA Hour that Romero asked to fight Rockhold in October, rather than September, as Romero was nursing a “deep ankle sprain.” According to Kawa, “we told [Rockhold] we’d take the fight and we just asked him to wait a couple weeks, and Luke said no. But he wanted David Branch from the get-go. He didn’t want to fight Yoel.”

Rockhold disagreed with that assertion, reiterating his belief that Romero’s only goal was to book a three-round fight, rather than a five-round fight, due to the Cuban’s perceived cardio issues in 25-minute bouts.

“I think it would’ve played to his favor and his team’s favor,” Rockhold said. “I think they know where their strengths and I know where mine are. A five-round fight, there’s a reason why title fights are five rounds. That’s a real man’s fight. It’s a real fight. There’s no ifs, ands, or buts. The likelihood of going to the judges and getting decisions is far less going with the wrong man. So, I’m done forcing fights, I’m done giving away fights. I’m going to be tactical. I’m going to be who I am, and I’m going to take back this division.”

Either way, Rockhold said his primary goal now is to climb back into contention for the 185-pound belt, regardless of what is going on with Bisping.

The arrival of Robert Whittaker as interim champion has opened a viable path to gold once again in the division, and Rockhold praised Whittaker for what he had done.

“Whittaker’s a tough dude,” Rockhold said. “I thought he could do what he did, he put it on him. Yoel hung in there to some extent, he hit his block in the third and the fourth but still pushed through. Whittaker’s a tough dude. I think it was a good stylistic match-up for him. He was there for a reason. He beat Jacare, he beat Yoel. He’s a viable opponent, but I’m sure I’ll fight him too.