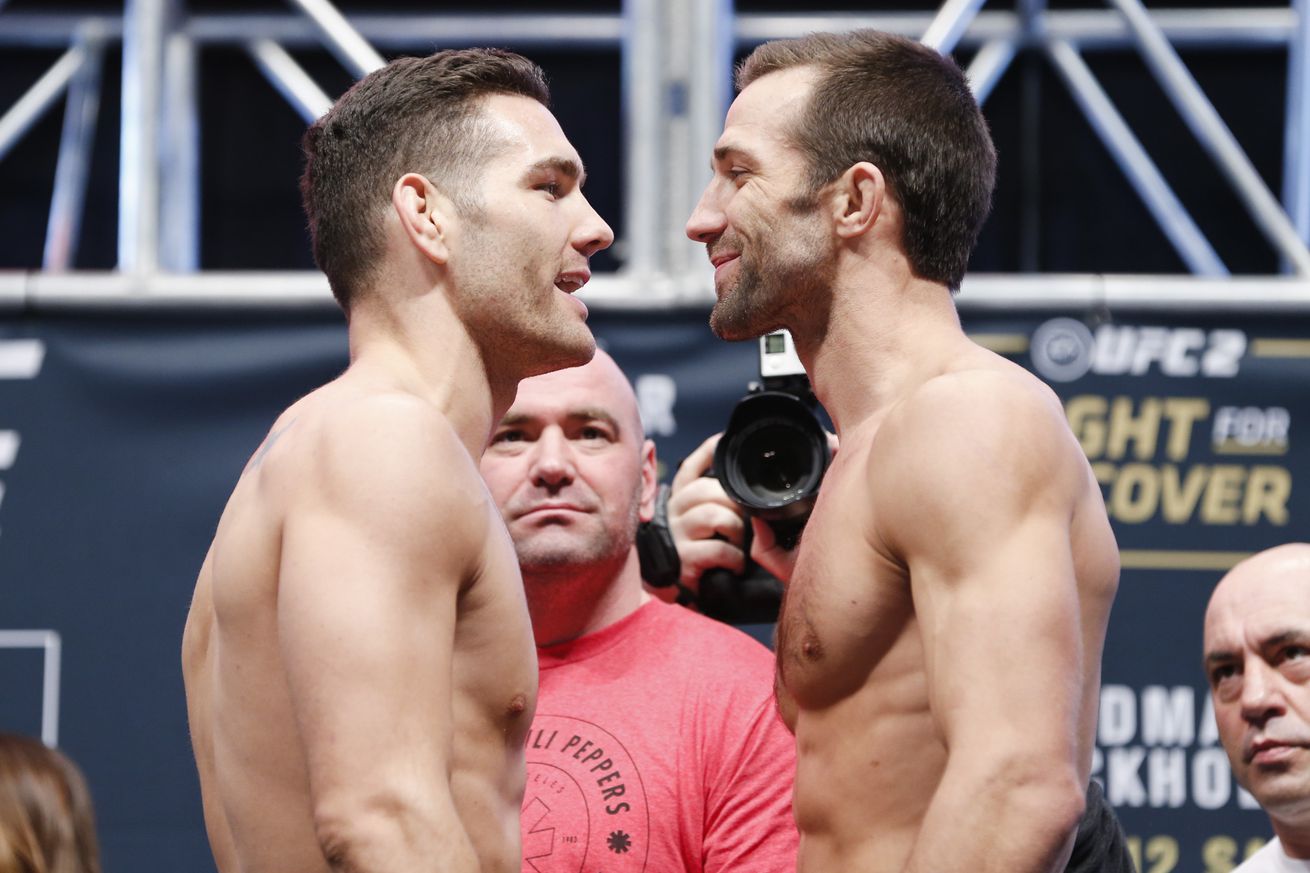 The City of Champions will get two championship fights.

Luke Rockhold will defend his middleweight title in a rematch against Chris Weidman in the main event and, in the co-main event, Dominick Cruz will face Urijah Faber in a bantamweight title fight at UFC 199 on June 4 in Inglewood, Calif., it was announced officially Friday.

The card will take place at The Forum, the former home of the great Los Angeles Lakers teams that featured the likes of Magic Johnson and Kareem Abdul-Jabbar. It’ll be the UFC’s first-ever event at The Forum and first trip back to the Los Angeles area since UFC 184 in February 2015.

Rockhold (15-2), the former Strikeforce middleweight champion, won the title from Weidman at UFC 194 in December. The Santa Cruz, Calif., native has won five in a row. Rockhold, 31, also has wins over the likes of Lyoto Machida, Ronaldo Souza, Tim Kennedy and Michael Bisping.

Weidman (13-1) had been undefeated before the loss to Rockhold. He beat Anderson Silva twice in 2013, the first time winning the title and second time retaining it. Weidman, 31, said he had a broken foot for the first time against Rockhold as well as bone spurs in his elbow.

Cruz (21-1) is coming off a title victory over T.J. Dillashaw in January. He held the title before, but never actually lost it in a fight — it was stripped from him due to injury inactivity. Cruz, 30, has won 12 in a row and owns wins over Faber, Dillashaw, Demetrious Johnson and Joseph Benavidez. His lone career loss? Faber in 2007. Cruz lives and trains in nearby San Diego.

Faber (33-8) has won seven of his last nine fights and has been a stalwart in ….View full article