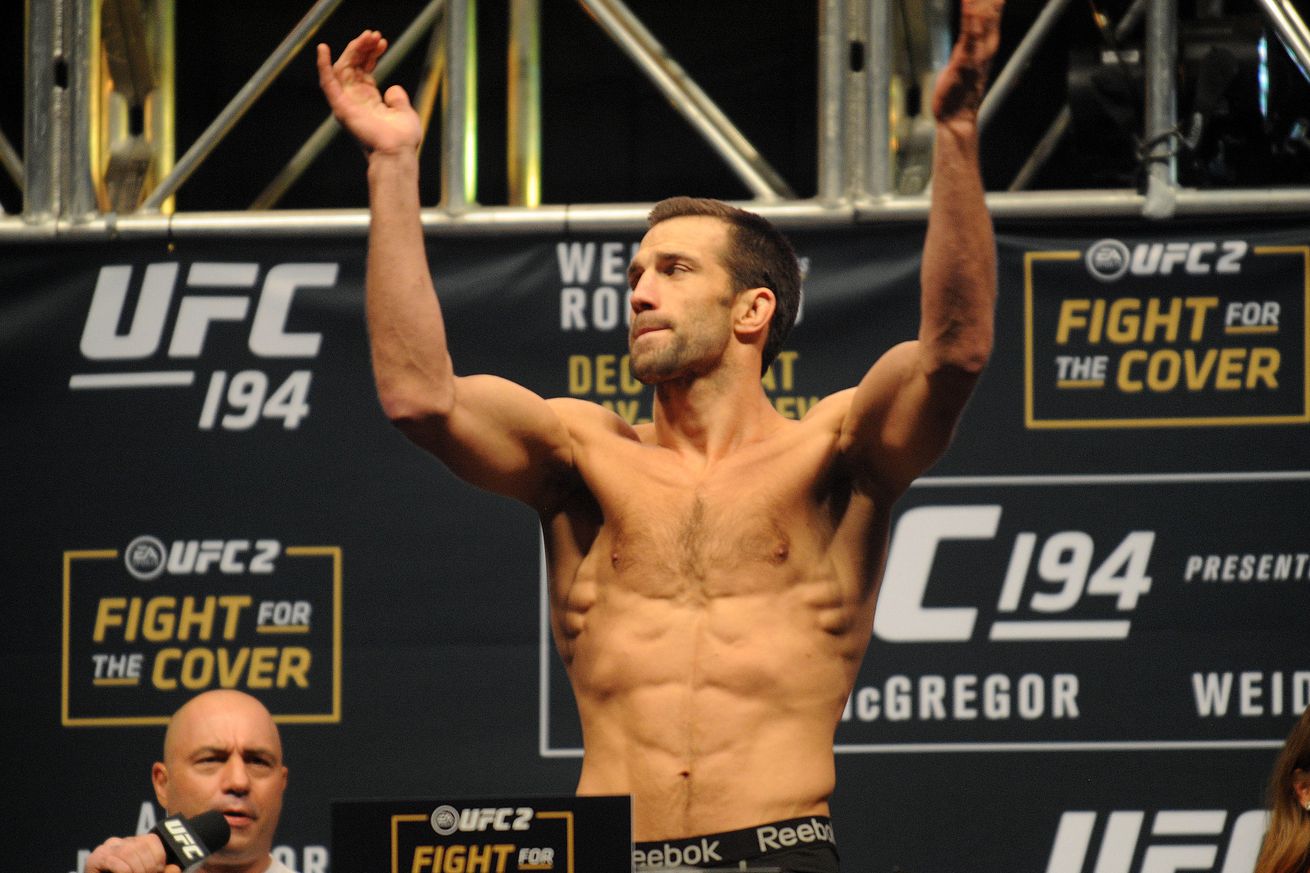 Former Ultimate Fighting Championship (UFC) Middleweight champion Luke Rockhold recently revealed he had shut down a “bullshit offer” to return to the Octagon. But apparently the money is now right as Luke has been booked to headline an upcoming Fight Night event in Melbourne, Australia on Nov. 26, 2016 against Ronaldo Souza.

The two initially squared off in 2011 under the Strikeforce banner which saw “Jacare” lose his 185-pound strap to Rockhold via unanimous decision. After both men joined UFC, their paths never crossed again. That will all change soon, as it seems Luke will put his modeling career on hold for the time being to step back inside the Octagon.

Luke hasn’t been seen from since coughing up his middleweight title to Michael Bisping at UFC 199 last June via first-round knockout (see it again here). As for Souza, his last outing saw him beatdown Vitor Belfort rather easily at UFC 198 this past summer.

Soon thereafter, “Jacare” pleaded for his much-desired title shot. However, UFC officials opted to give it to Dan Henderson, instead. That didn’t sit too well with the submission wizard, as he felt it was all done for nostalgic purposes.

Nevertheless, Souza will have his much-desired shot at gold if he can get some revenge on his former Strikeforce counterpart. on FOX Sports 1. As for Luke, he, too, can get another crack at gold if he can topple the submission ace for a second time.

Though he might be conflicted should both he and “Hendo” prove victorious, as they are good friends and former training partners. But, we’re putting the cart before the horse, as there’s plenty of business to be handled before that potential scenario presents itself.