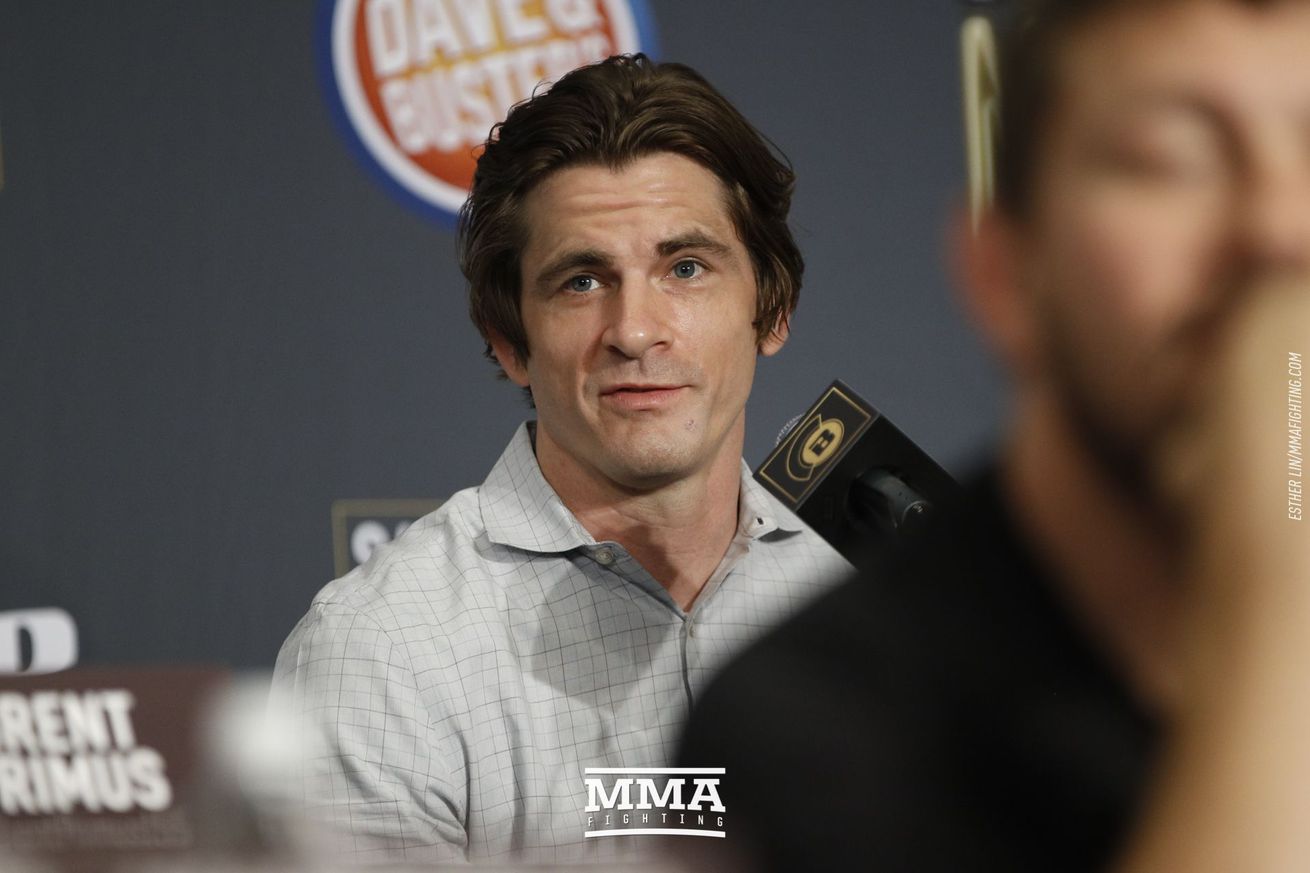 Who the hell is Zach Freeman? That’s a question alright. And a particular interesting one given that he’ll be fighting at Madison Square Garden to kick off Bellator’s second ever pay-per-view. Anonymous people don’t fall into high gloss spots like that, taking up a share of the spotlight on fighting’s most hallowed ground.

Such is the power of Aaron Pico, the 20-year-old phenom-in-waiting who is debuting at Bellator 180: Silva vs. Sonnen on Saturday night. Pico’s credentials precede him — freestyle wrestling world champion, California State Junior Golden Gloves champion, well-spoken fistmonger with a thousand visible miles of potential — to New York. And for Pico to make his debut in a big moment such as this, there has to be a B Side.

That’s Zach Freeman, the man pegged to stand in against Pico and either ruin the coming out party for a blue chip prospect, or become a footnote in that prospect’s career.

“To be honest, I don’t give a crap about any of that,” Freeman told MMA Fighting recently. “All I care about is that I get to tell my grandkids one day that I fought at Madison Square Garden for one of the better promotions out there.”

Freeman is a native of St. Charles, Missouri, and he carries an 8-2 record. You wouldn’t know it, but he too is making his Bellator debut. He’s fought in some local theaters, as well as some fairly good-sized ones. His last fight was at RFA 44. He lost a decision against Thiago Moises. His lone foray into Titan came against Jake Lindsey, and he got knocked out in that one.

Otherwise, he’s had his hand raised in every encounter.

“I wouldn’t be here without [Pico],” he says. “I thank him for the opportunity. But I think they picked the wrong guy man. A lot of people that know me…if you go to YouTube and you look up my fights, my views are all my losses. All those views. The reason is that sometimes, when you go — I think I was 12-0 through my first five amateur fights and first seven pro fights — people like to see those guys lose. So, when I lost, that’s going to get a lot of views. How did Zach lose?”

In talking to Freeman about fighting Pico on such a big stage you get the feeling there’s a lot that goes unsaid. He is at turns opportunistic, fatalistic and realistic — he has a chip on his shoulder for being a woodwork figure in the arrangement, yet he presents a happy face for finding himself in such a big spot. There’s a pinch of that old “wait and see,” too, a vibe that he’s in on a secret.

“People that know me know that I’m a good wrestler, I’m a great jiu-jitsu artist, I can hit as hard as anybody in the lightweight division — I have all the makings to be a champion,” he says.

“[Pico] has certain things, like opportunity. He has money. I have a full-time career which I have balance on top of doing the fighting, which is extremely difficult on top of balancing a family. But I embrace all that stuff. It pushes me, it drives me. The challenge of it. I’m a dominant person, and alpha male. I love to be challenged. I look at this as a great opportunity.”

Freeman is in the rare spot to make the leap from ordinariness into otherliness. He is a business development manager by day back in Missouri, who trains with some familiar names. People like UFC welterweight champion Tyron Woodley.

There’s a defiance in his work ethic to manage a fighting life and seize opportunities while holding down a job. You get the sense that fighting isn’t just a moonlighting pursuit, so much as it is a quietly maintained fire.

“I wrestle with junior national champions, All-Americans — I’ve taken these guys down and surprised them, and they’re like oh crap,” he says. “They are like, did you wrestle in college? I’m like no. I wanted to, but I had a really bad injury and didn’t have the opportunity. I was going to go on scholarship to wrestle in college. Didn’t work out. I had 12 surgeries, and I almost lost a body part because of an infection. Luckily I healed from it, I didn’t lose my leg. I was able to come through.”

How defiant is he, and how full of opportunity? How daring in his imagination, and how pent-up his own power of control? Aaron Pico is a world-renowned wrestler. Freeman wants to plant him into the canvas.

“I’ve trained with Tyron, a UFC champion,” he says. “I’ve taken him down several times in a row, and it’s like, if I can take him down I can take anybody in the world down. Wrestling isn’t the same thing as mixed martial arts wrestling. When you can set things up with punches and kicks, strikes or whatever, it’s easier to take someone down. So don’t be surprised.”

It’s house money he’s dealing in. If he loses, well, that’s what he was meant to do. If he wins, the fight world gets to know the man who calls himself “The Altar Boy.”

“When you have a guy that’s a great wrestler, a great boxer, a great jiu-jitsu guy, whatever — when he’s good in all those areas, then you literally forget about it all,” he says. “Because at the end of the day, a fight is truly not against anyone but yourself. It’s truly against yourself. At the end of the day, only you can quit, or give up, or get knocked out. That’s what I love about wrestling, and that’s what I love about fighting — it’ that the accountability is strictly upon yourself.

“If you play baseball and you hit a home run and a triple, and your team loses, it’s kind of like shit man, I had a great game but we still lost. In wrestling and fighting when you lose, there’s no one to blame for yourself. That sense of responsibility has always pushed me in that direction. There won’t be anybody in there but ourselves.”

So what does the man who is welcoming Aaron Pico to the world of mixed martial arts want to happen on Saturday night at Madison Square Garden, in a fight he got in essence to glorify the newcomer?

“I would like the fight to be a grueling three-round war,” he says, as if he is seeing it in his mind. “And then finish him in the third.”