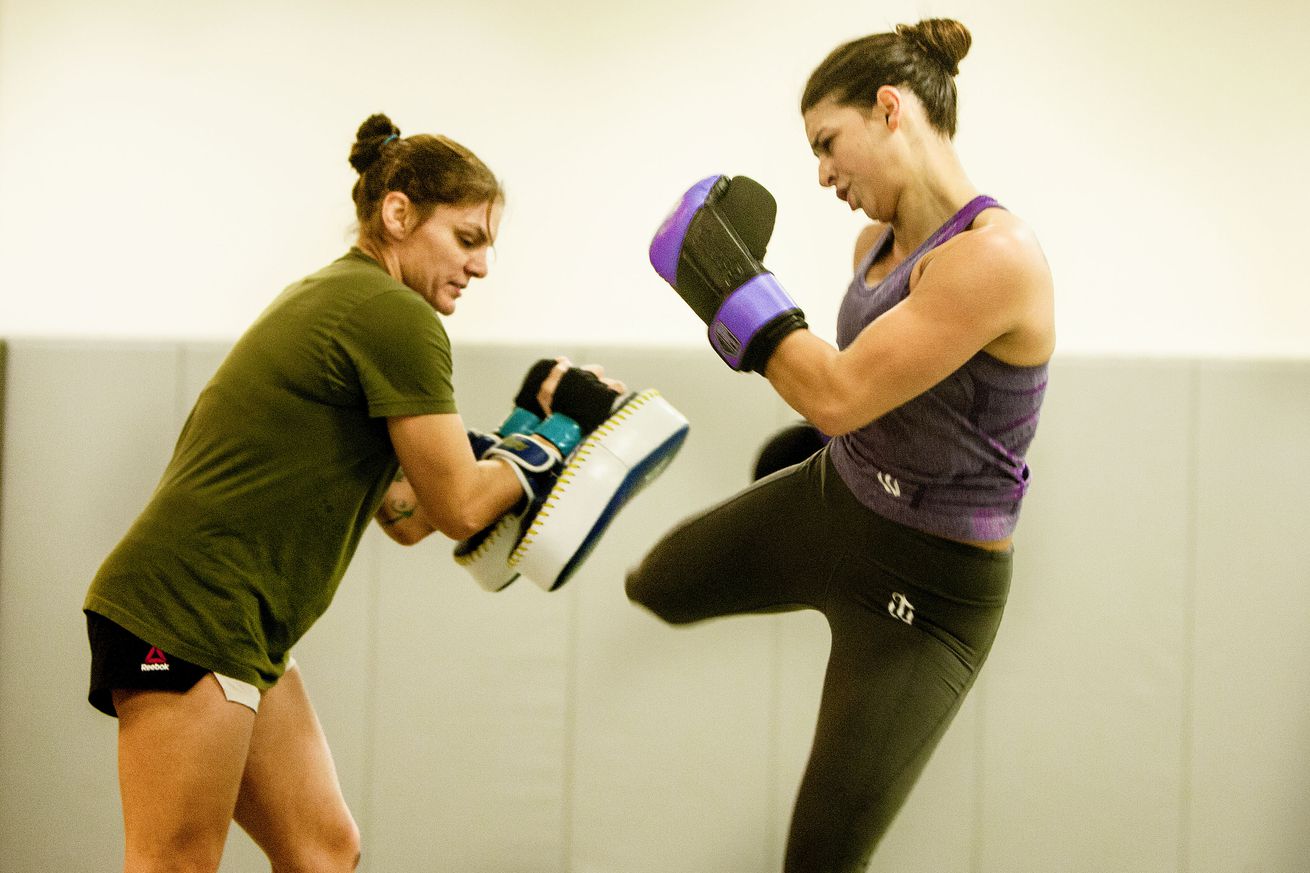 Dern, 23, is one of the best blue-chippers in all of MMA. She’s arguably the top female jiu-jitsu player in the world and made her transition to the cage last year for Legacy FC, when she went 2-0. In her last bout, Dern had one of the best submissions of 2016 with an omoplata/rear-naked choke combination against Montana Stewart last October.

On Friday night, Dern showed off a much-improved striking game. The MMA Lab product looked far more comfortable in the kickboxing portion and won rounds despite being unable to take Roy down in the first and third.

“I’m happy I was able to win the three rounds standing up, basically,” Dern said afterward to in-cage interview Ron Kruck. … “I tried tons of times to get to the ground and I couldn’t.”

Dern also addressed the weight-cutting issue she had Thursday. The Arizona native was unable to make the original contracted weight class of 115 pounds (MMA’s strawweight division), but she and Roy agreed to a catchweight bout of 120 pounds before Dern stepped on the scale Roy got 20 percent of Dern’s purse in the deal.

Dern actually missed the 120-pound mark the first time she hit the scale, coming in at 121.8, but an hour later she was able to make it.

“Everyone is talking about my weight,” Dern said. “I know it’s a big problem, an issue.”

The plan, though, is for her to remain at strawweight, she said. Dern missed weight for her last fight, but made the 116-pound maximum in her debut bout. The UFC does not have a 125-pound weight class for women, just 115 and 135.