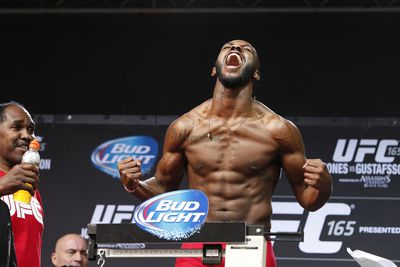 UFC light heavyweight champion Daniel Cormier is eager for a rematch with the man who handed him his only defeat, former champion Jon Jones.

But he made it clear he doesn’t plan on surrendering home-court advantage by fighting Jones in New York.

“I think he’s the greatest fighter of all-time,” Cormier said after defeating Alexander Gustafsson at UFC 192. “And when he gets cleared to fight, we’ll fight. But I’m not gonna fight him in New York. So you guys can write that.”

With Jones now officially reinstated by the UFC, though, the signal from his camp is loud and clear: If Jones wants to fight Cormier in New York, that’s where the fight will happen.

“I don’t think DC has any choice in the matter, to be honest with you,” Jones’ manager, Malki Kawa of First Round Management, said on Monday’s edition of The MMA Hour. “Everybody knows who the champion is.”

A potential Cormier-Jones rematch comes with the seemingly eternal disclaimer that the sport of mixed martial arts still needs to be sanctioned in New York State. But with a tentative April 23 Madison Square Garden date on the books, Kawa says that Cormier, who lost to Jones, isn’t in ….View original article