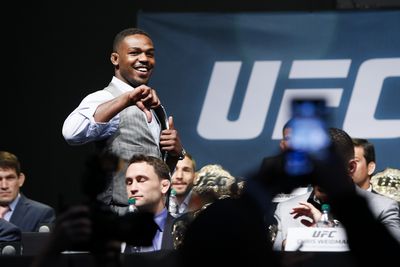 Jon Jones’ manager, Malki Kawa of First Round Management, has an idea about how the perfect return for mixed martial arts’ top pound-for-pound fighter would play out.

“In a perfect world, New York State gets approved and he makes a comeback in Madison Square Garden,” Kawa said on Monday’s edition of The MMA Hour.

Of course, obstacles remaining before that can happen, the chief one being that MMA is still illegal in New York.

At this point, though, Jones’ crew has plenty of experience in dealing with life’s curveballs. As anyone who follows the sport can tell you, the former UFC light heavyweight champion has dealt with legal issues this year, which put into question his future in the sport.

But with Jones receiving probation after pleading guilty to a felony charge of leaving the scene of an accident following an April incident in New Mexico, and the UFC officially lifting its suspension of the fighter last week, the only questions which remained were whether Jones still wanted to fight, and if so, how long it would be until he returns.

“At some point, they were going to reinstate him,” Kawa said. “The only thing I never knew for sure was whether or not ….View original article