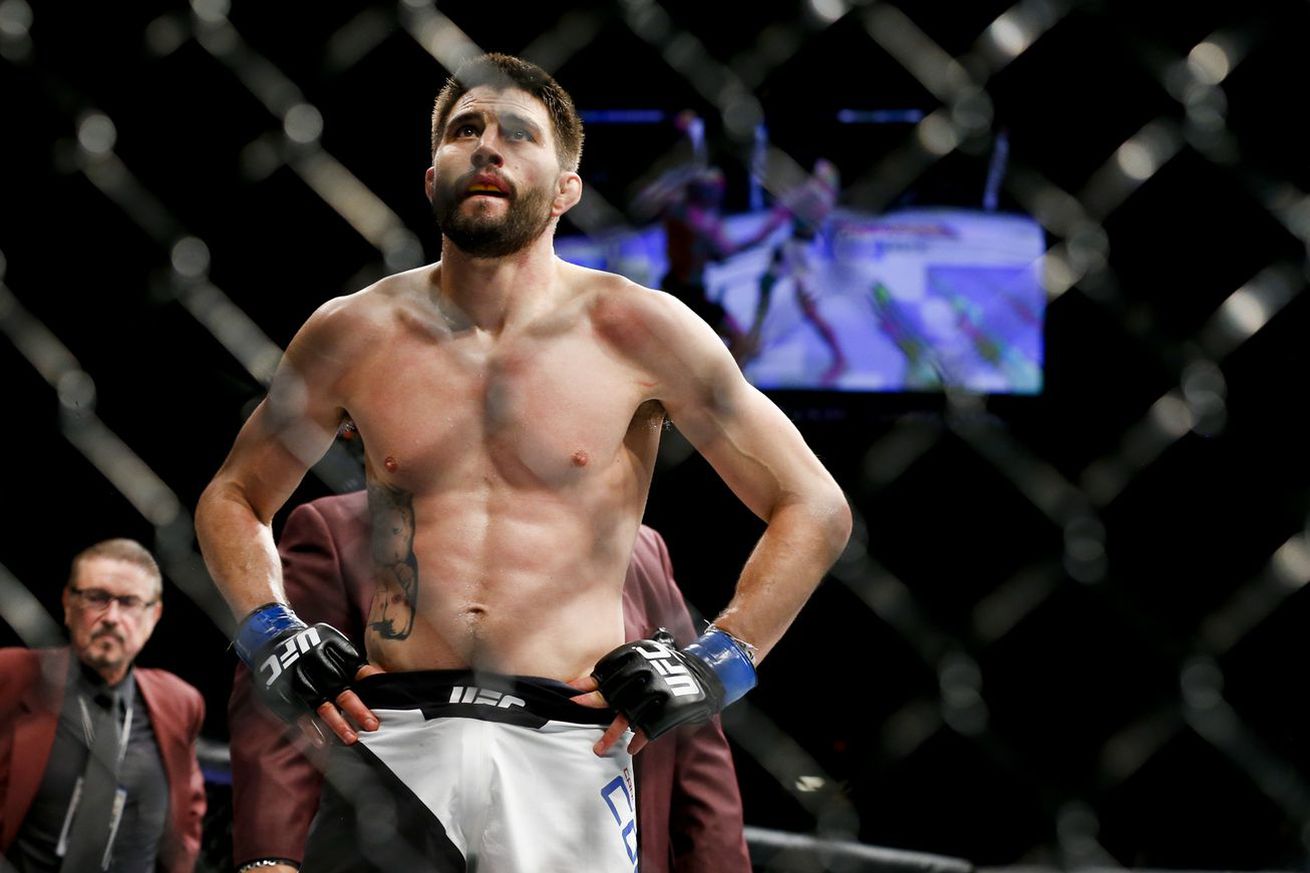 After losing to Demian Maia via first-round submission at UFC on FOX 21 a few weeks back in Vancouver, British Columbia, Canada (see it), Carlos Condit boldly admitted that perhaps he didn’t have what it takes to compete with the top-level athletes the sport has to offer.

But, according to Condit’s manager Malki Kawa, it isn’t because he doesn’t have the skill level to do so, but rather his head has taken so many blows over the course of his career that his brain can’t handle any more damage. It’s fears of further trauma down the line that is forcing “The Natural Born Killer” to lean towards retirement.

“In reality, Carlos Condit has been in a lot of fights, he’s been doing this since he was 15 years old,” Kawa said during a recent appearance on Chael Sonnen’s “You’re Welcome” podcast (via Flo Combat). “He’s suffered a lot of concussions. He’s one of the few fighters I have who goes in and checks his brain and checks the damage assessed and all that.”

Prior to getting choked out by Maia, Condit absorbed a blow from the submission ace that ultimately forced him to cradle and give up position to allow the jiu-jitsu wizard to do what he does best. For Condit, that was a true sign that maybe he can’t take hits like he was once able to do.

“He’s just looking at it like this: he took a hard shot from Maia and it caused him to like cradle up a bit and give him that position for him to lose and sink the rear-naked choke. The way I look at it is, if a fighter comes to me and says ‘Hey Malki, I don’t think I can take this much more damage, my head is the most important ….View full article