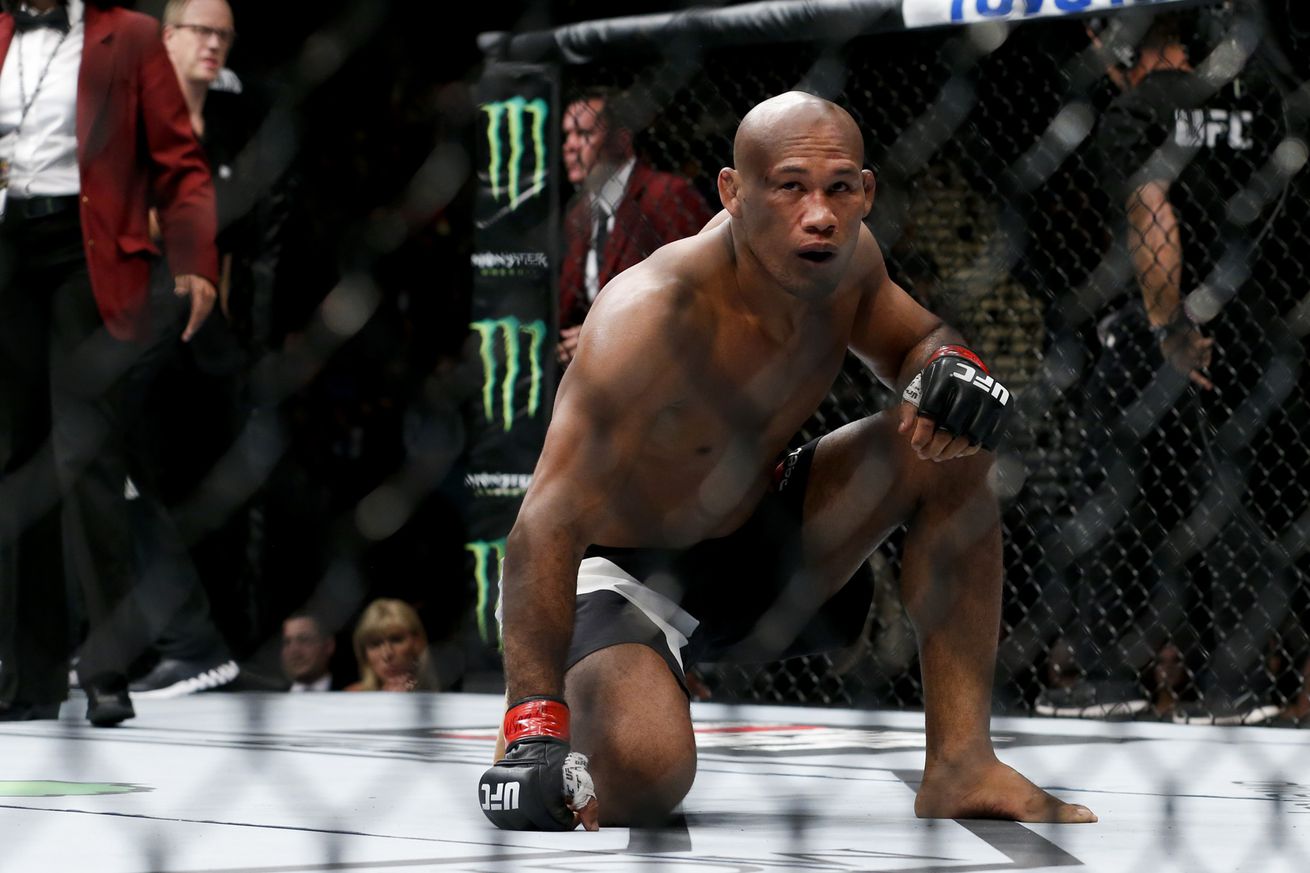 It turns out Ronaldo Souza vs. Vitor Belfort won’t be a five-round fight.

Initially planned as the main event of a UFC Fight Night card on May 14 in Brazil, the middleweight showdown was moved to the co-main event spot, “Jacare’s” manager Gilberto Faria told MMAFighting.com on Thursday.

The promotion has yet to officially announce its plans for the May 14 event in Brazil, but a report from Combate indicates that it could be moved from Fox Sports 1 to pay-per-view, labeled as UFC 198, and feature Fabricio Werdum vs. Stipe Miocic for the heavyweight championship in the main event.

“‘Jacare’ is going in for a fight on May 14,” Faria told MMAFighting.com. “It’s confirmed we’re not in the main event anymore, but it’s not clear yet which is the main event. The fight went from five rounds to three, which favors Belfort.”

“A five-round fight would favor ‘Jacare’ because of his endurance,” he continued, “as he’s fought five rounds before, and people see Belfort as a dangerous opponent in the first rounds, so he would have to be more careful in the early rounds. They are both going for the finish, so I never saw this fight going five rounds anyway.”

The UFC has yet to announce the exact location for the event, but sources in the promotion indicate that Brasilia, which held Antonio Silva vs. Andrei Arlovski in September of 2014, is the most likely choice. Curitiba and Fortaleza are other options on the table.

Being a main event or not, Faria expects the fight to be a shortcut for the top of the division after Souza’s close decision loss to Yoel Romero in December.

“‘Jacare’ and Belfort know that a win is the perfect shortcut for the belt,” said the manager. “It turned out great for everyone. ….View full article