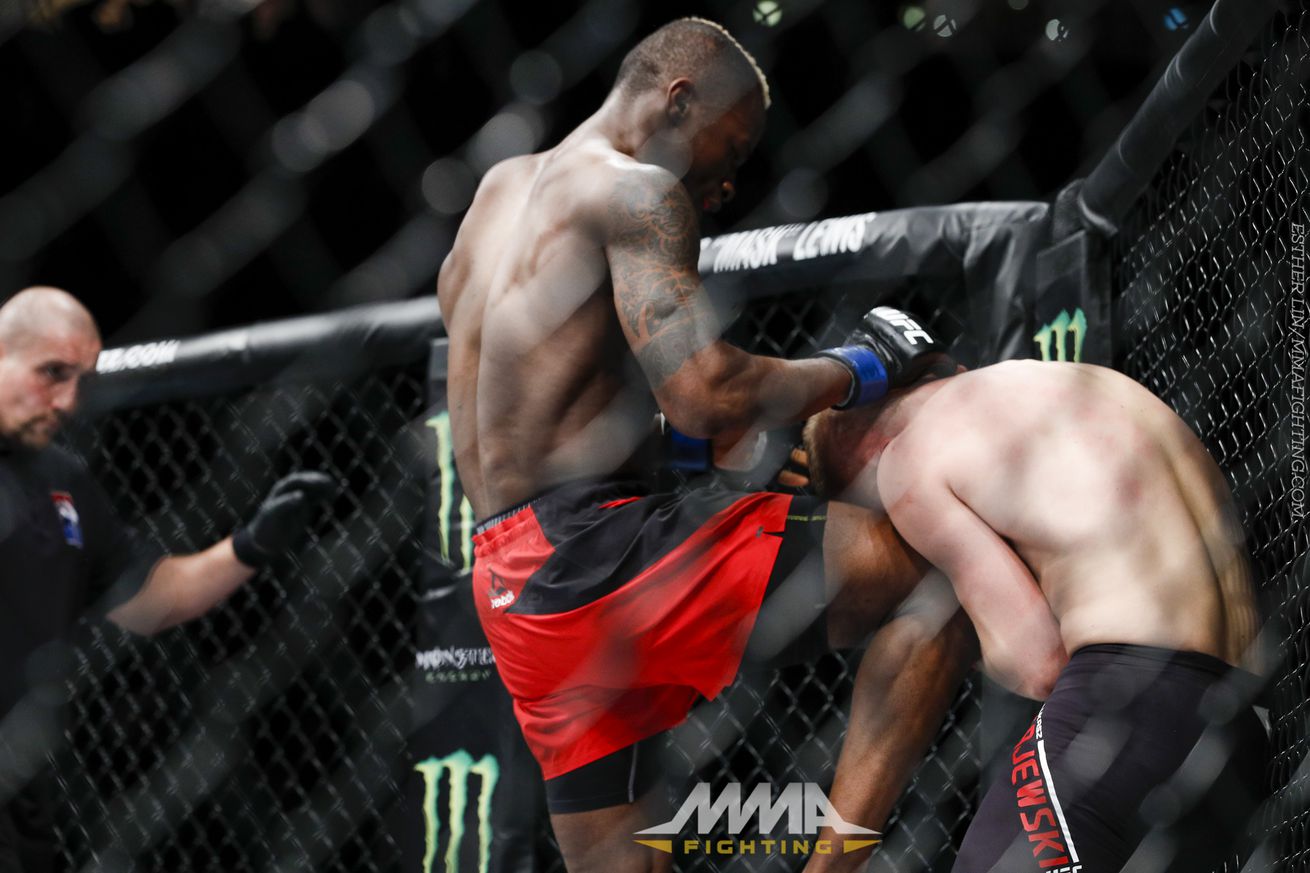 The unbeaten prospect wants to steadily build his stock before challenging the lightweight elite.

Marc Diakiese has a target on his back following his spectacular 30-second knockout of Teemu Packalen at UFC Fight Night: Manuwa vs Anderson last March.

Just three fights into his UFC tenure, the Congolese-born Brit is already garnering status as a future champion in the lightweight division. This Friday, on the main card of the TUF: Redemption Finale, he will look to bolster his stock again when he takes on a fellow unbeaten prospect, Drakkar Klose.

Despite his star rising to an all-time high after his last outing in London, Diakiese still gets a kick out of seeing some of the bigger names in the division calling him out.

“I find it funny when I see some of the guys that are calling me out,” he told MMAFighting.com. “I’m only coming up and there are some established names looking to fight me.

“They don’t realize that I’m trying to show off a different side of my game every time I fight. I feel like I’ve done that every time I’ve fought in the UFC. The way I see it is, if all these guys are calling me out, I must be doing something right.”

A fight with Paul Felder was proposed to Diakiese during his post-fight press conference after defeating Packalen in London.

Diakiese accepted the fight initially, but when he considered that he was still on his first UFC contract and looked at the names that Felder had fought, he felt that the fight didn’t make sense financially, or in terms of his trajectory. When the UFC floated the idea of him facing Felder in Glasgow, he turned down the offer.

“They were talking about me fighting Paul Felder in Glasgow,” revealed Diakiese.

“This is a guy who has fought Edson Barbosa. He’s got experience fighting some big names. I looked at my contract and I just didn’t think the money was there for a fight like that. I knew that we would be one of the most talked about fights on the Glasgow card if it was booked. It just didn’t make sense for the money I was on.”

Both Diakiese and his new ATT family firmly believe that he is promising enough to capture the lightweight title in the future. Yet, ‘The Bonecrusher’ underlined how important it is to have a strategy in place to build slowly toward the championship elite.

“A lot of fighters complain about money. You see a guy like Stevie Ray, he’s fought in a lot of big fights and against a lot of big names. We’ve seen him on Twitter talking about how he should get more money, and he probably should get it.

“By the time I get to the top guys in the division I want to be comfortable. I want to be able to just fight two times a year so I can take the time to prepare for each opponent. The fighters at the top of the bracket have a lot more experience and they deserve a lot more attention.

“Right now, I don’t really feel like I’m improving as much as I could be because I’m constantly jumping from fight to fight. The focus is on the fight rather than learning and experimenting with new techniques.

“People can say what they want about me, but I think I’m being smart. Of course, we’re fighters; we’ll fight anybody. But, I think it’s important to know that there comes a time when you should be taking the bigger fights. You don’t always have to be in a rush.”

He added: “I’ve got to make sure the fights are right as I continue to move up. As well as that, the money has to be right as I move up the ranks.”

Having signed a new four-fight deal with the promotion ahead of his bout against Klose on Friday night, Diakiese feels he is in a better position to fight bigger names in the future. However, he still believes he will have to methodically work his way into the lightweight rankings before he starts calling anyone out.

“I could be ready to take on some bigger names with this contract. I still want to keep upping the challenges steadily. There’s no point in me going from fighting unranked guys to someone in the top five, you know?

“You can’t just fight anybody. There are guys out there now looking at my hype and they know they could jump up the rankings if they beat me, but what is a win over them going to give me?

“That applies to me too. I can’t just go and call out Kevin Lee now because he’s in the top ten or whatever. He’s not going to want to fight me because what would that do for him? I’m ranked lower.

“I’ve got to keep climbing the rankings, get myself into the top 15 and maybe then I can start calling guys out.”