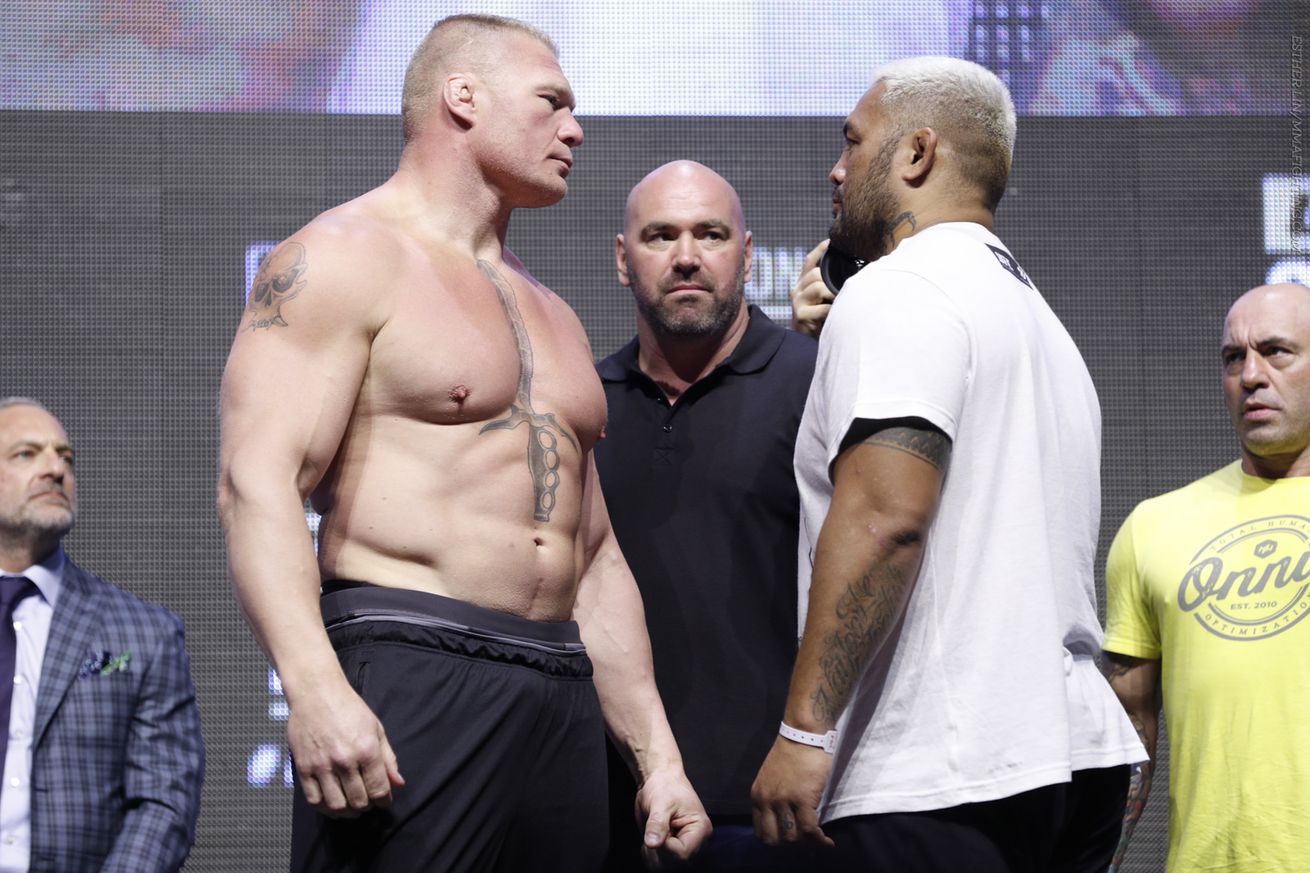 The irony of Brock Lesnar criticizing Jon Jones for failing a UFC 200 drug test has not been lost on Mark Hunt.

Lesnar called Jones “unprofessional” earlier this month at UFC 200’s open workouts for failing a random drug test ahead of the July 9 event. The WWE superstar went on to defeat Hunt via unanimous decision at UFC 200, however controversy erupted after it was revealed that Lesnar failed not one, but two USADA drug tests for the same banned substance as Jones (hydroxy-clomiphene) prior to the fight.

“It just makes me laugh, because that’s how he won his world title,” Hunt said of Lesnar on Monday’s edition of The MMA Hour. “He stuck a needle in his poo-shoot and that’s how he won his title. People say, ‘oh Mark, it doesn’t help you.’ Well then if it doesn’t help you, why do it? You’re that scared of losing? I mean, shucks, it’s funny that one cheater calls out another cheater, says ‘oh man, that’s really unprofessional.’ What the hell does that make you?

“He’s a f*cking hypocrite, and the sad thing about it is these companies are not doing anything about it. Me saying these things, trying to form a union, all of this, at the end of the day we’ve all got to make sacrifices, and my [career] is coming up to the end soon. I don’t give a rat’s ass about working in the UFC anymore because they don’t do anything about. They don’t do nothing about it. So all of these kids listening to this, watching this, you’re wasting your time trying to get into these companies because they don’t give a rat’s about you. They’ll just throw you under the bus.”