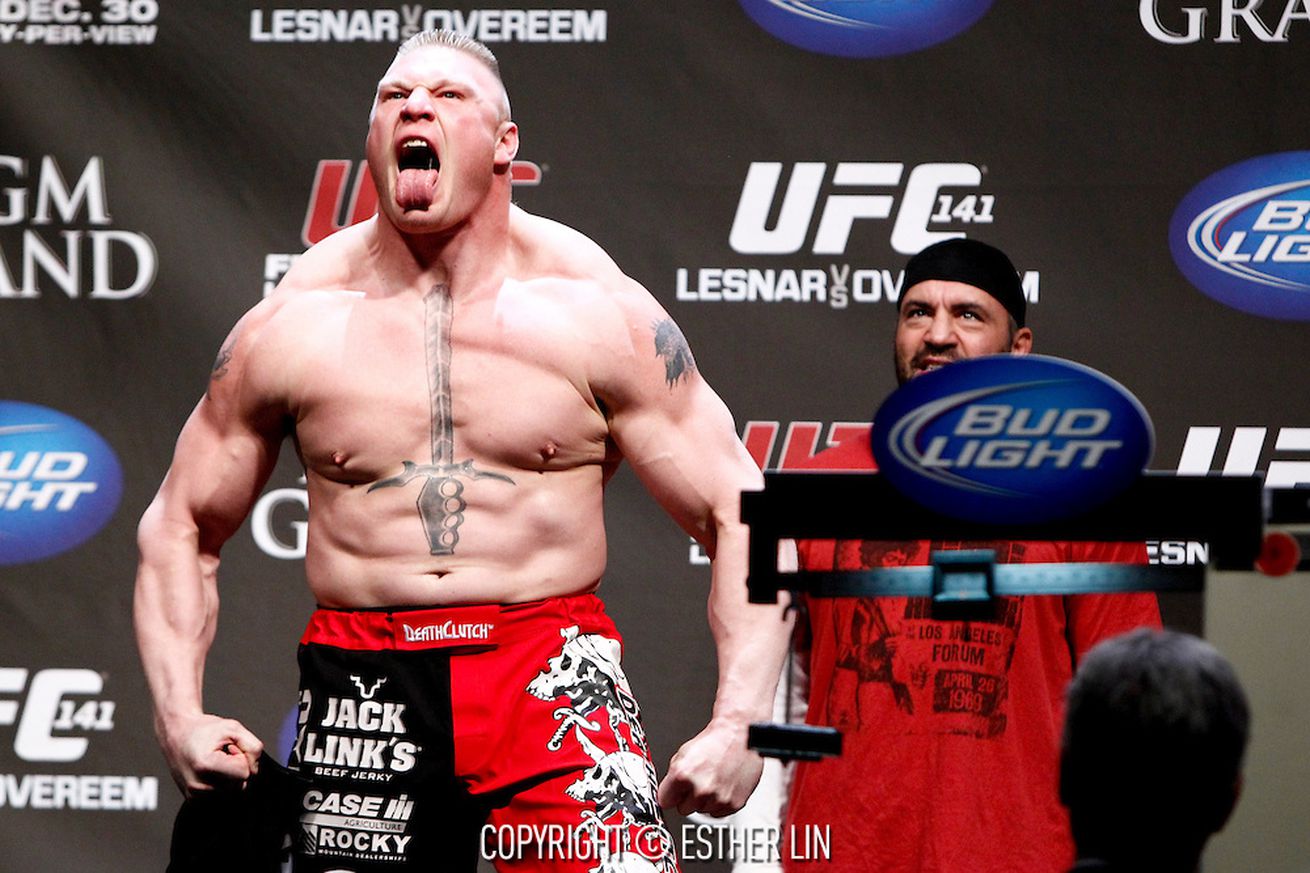 Thanks to a special exemption from Untied States Anti-Doping Agency (USADA), which allowed the WWE superstar to bypass the four-month window for all mixed martial arts (MMA) fighters choosing to come out of retirement for one (or more) fights.

“I think he’s juiced to the gills,€” and I still think I’m going to knock him out. I don’t think [USADA exemption is] fair. I think it’s load of bullshit, I think it’s rubbish. I don’t think anyone should be exempt from testing. If they’re trying to clean the sport up,€” mixed martial arts,€” this is a bad way to do it. I don’t care who you are. It’s ridiculous. I’ve already voiced my opinion to Dana about it but apparently he (Lesnar) has been getting tested but he’s probably been off a couple of cycles anyway. I don’t think it’s an even playing field. But it doesn’t mean you’re not going to get knocked out. Frank Mir was juicing and he got knocked out. The same thing’s going to happen with Brock Lesnar.”

Lesnar (5-3) hasn’t stepped foot inside the Octagon since suffering back-to-back technical knockout losses to Cain Velasquez (UFC 121) and Alistair Overeem (UFC 141), but never failed a blood or urine test during his time as a pro fighter.

That’s another story, according to Hunt.