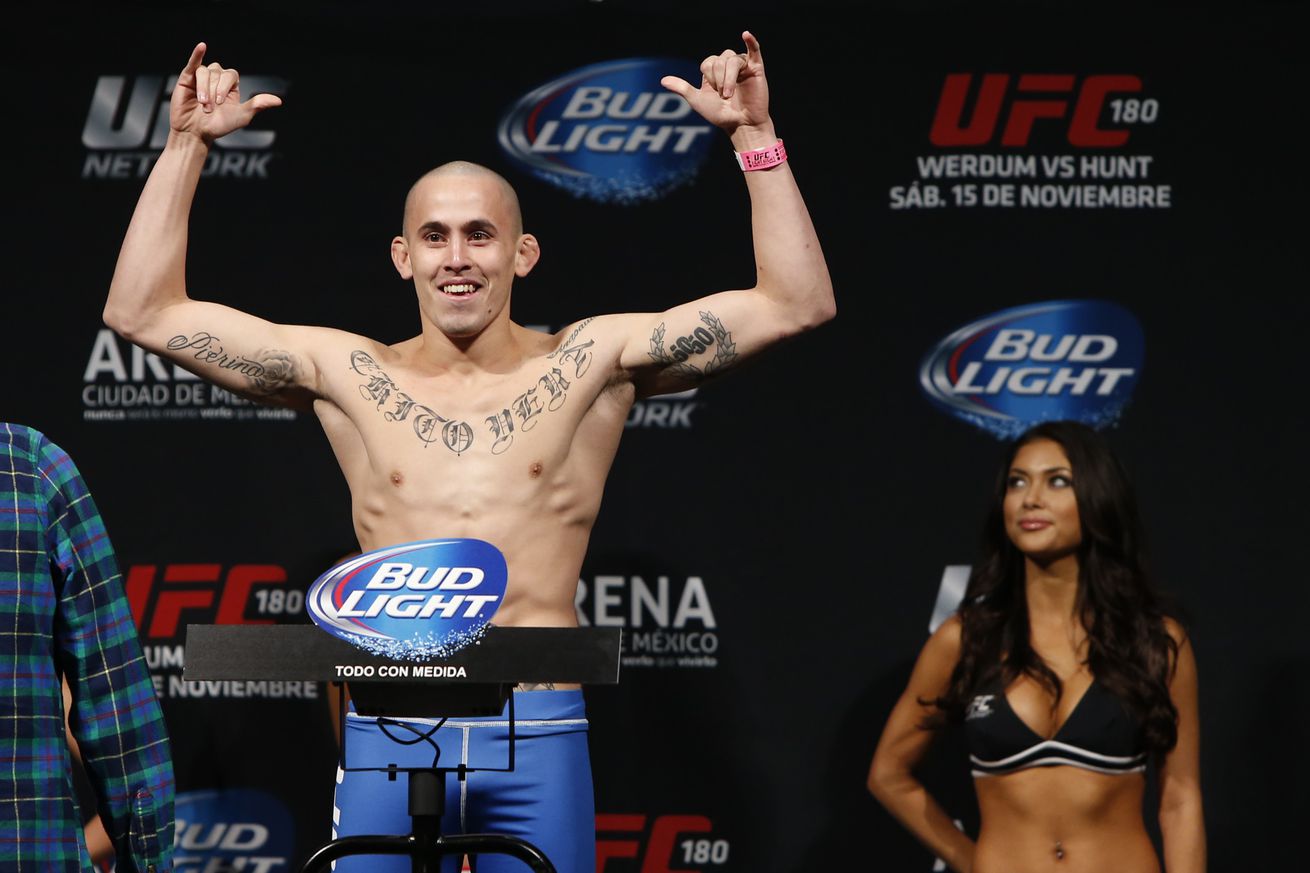 UFC Fight Night 103 is getting a new fight.

The UFC announced on Friday that Ecuadorian fighter Marlon Vera will step in for the injured Bryan Caraway to fight Jimmie Rivera on Jan. 15 in Phoenix. The fight will kick off the main card on FOX Sports 1.

Caraway was scheduled to face Rivera in what was to be a battle for contention in the bantamweight division, but Caraway was forced to withdraw from the bout with an undisclosed injury just 11 day’s beforehand.

Vera, 24, will look to make it back-to-back wins for the first time in the UFC. Having competed on The Ultimate Fighter: Latin America, Vera is 2-2 in the UFC and is coming off a unanimous decision victory over Ning Guangyou in November in Melbourne, Australia.

Rivera is riding a 19-fight winning streak, and is 4-0 since debuting in the UFC against Marcus Brimage at UFC Fight Night 72 in 2015. The 27-year-old Rivera, who fights out of New York, is coming off the biggest win of his career over Urijah Faber at UFC 203 in September.

UFC Fight Night 103 takes place at the Talking Stick Resort Arena in Phoenix, and will feature a headlining bout between BJ Penn and Yair Rodriguez.