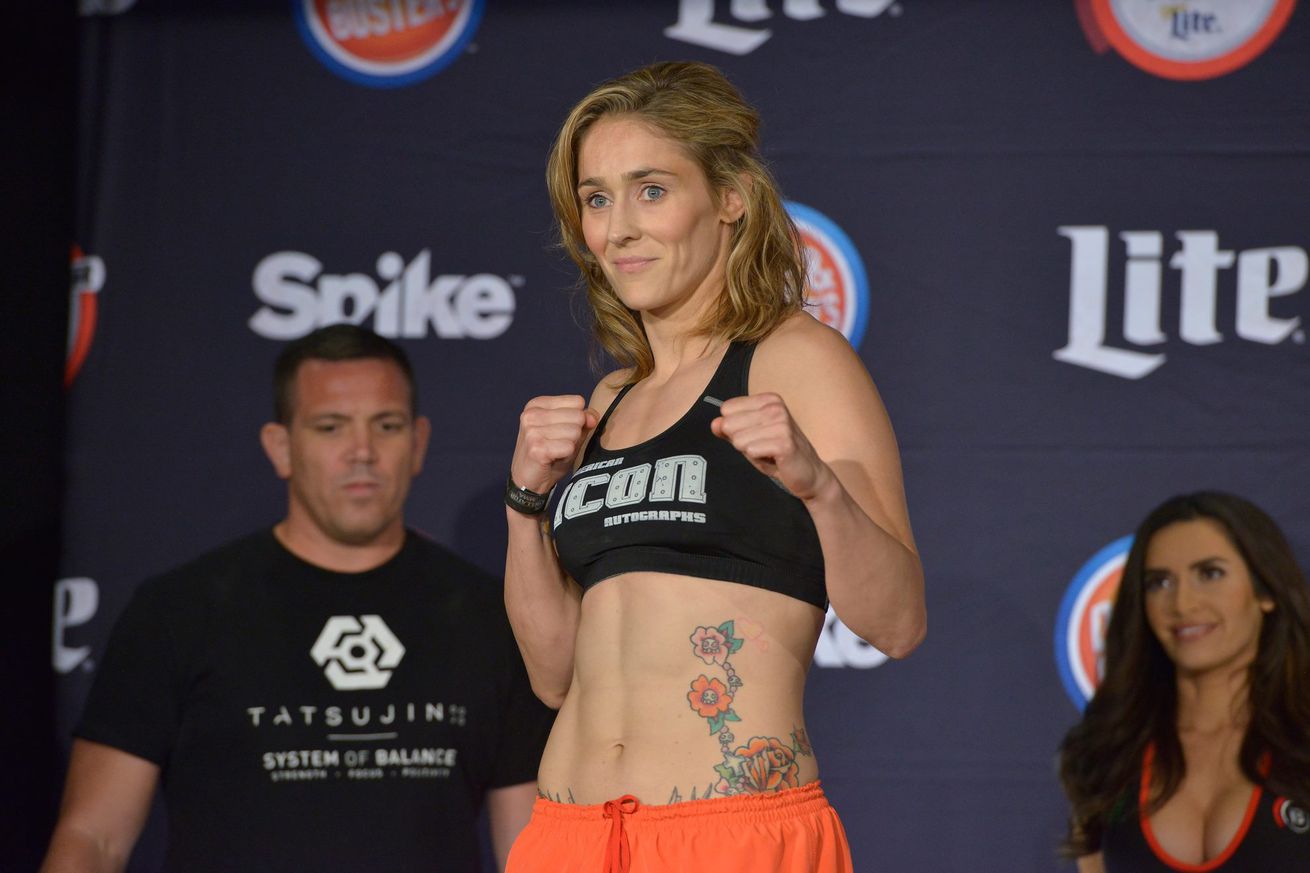 UNCASVILLE, Conn. – It wasn’t exactly the most uneventful weigh-in process for Bellator 163, which takes place at the Mogehan Sun Friday night.

Coenen opted not to take the bout when she learned that Nogueira was over by so much. The 35-year-old Dutch fighter fought Alexis Dufresne at Bellator 155 back in May, and lost via a first round submission (first round triangle armbar). Dufresne, who filled in for Julia Budd for the bout on short notice, came in four pounds overweight.

The bout was supposed to be part of the Bellator 163 main card, which airs on Spike TV.

Another fight on the main card that appeared to be in jeopardy is still on, however. Welterweight Paul Daley made weight (171) for his fight with Derek Anderson, yet was still determining whether he was going to be able to go for undisclosed reasons.

As of Thursday night, Daley has been cleared and the fight is still on.