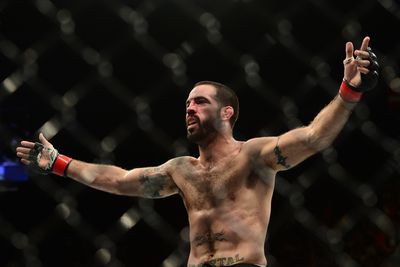 The news was delivered by Leister Bowling, the teams head coach. As Leister declared on The MMA Hour (via MMA Fighting), his door is always open to new members, but wants to make it clear that he isn’t poaching members from other camps.

You hear that Urijah?

“Our doors are always open to anybody who wants to come train. But I think the biggest thing Urijah said that’s not true is that I’m trying to actively recruit guys. I don’t want a whole lot of high-level guys. I want to be able to focus on the guys we do have. Right now, I think we have 10 guys in the UFC and I want to be able to give those guys every bit of attention I can.”

Indeed, one of the biggest stories this week was the fact that Dillashaw decided to “walk away from the family” in ….View original article