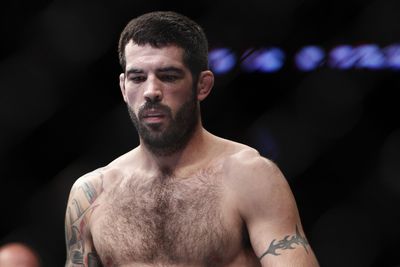 The UFC’s fourth-quarter slate just lost another main event. Welterweight contender Matt Brown has been forced to withdraw from his Nov. 21 headlining fight at the finale of The Ultimate Fighter: Latin America 2′ against Kelvin Gastelum after suffering an ankle injury in training.

The UFC confirmed the news to MMAFighting.com on Monday following an initial report by FOX Sports. A search for a replacement is currently underway, with the hopes of keeping Gastelum on the card.

Heal up boss! Hope all is well and blessings to you and your family. https://t.co/bzwpielxAS

The 24-year-old was scheduled to make his return to the welterweight division after defeating Nate Marquardt in a brief and successful trip to middleweight. Gastelum carries additional victories over the likes of Jake Ellenberger, Uriah Hall, and Rick Story.

According to FOX Sports, while Brown’s injury isn’t severe, it was bad enough that the top welterweight contender “had no choice but to pull out” with the fight just weeks away.