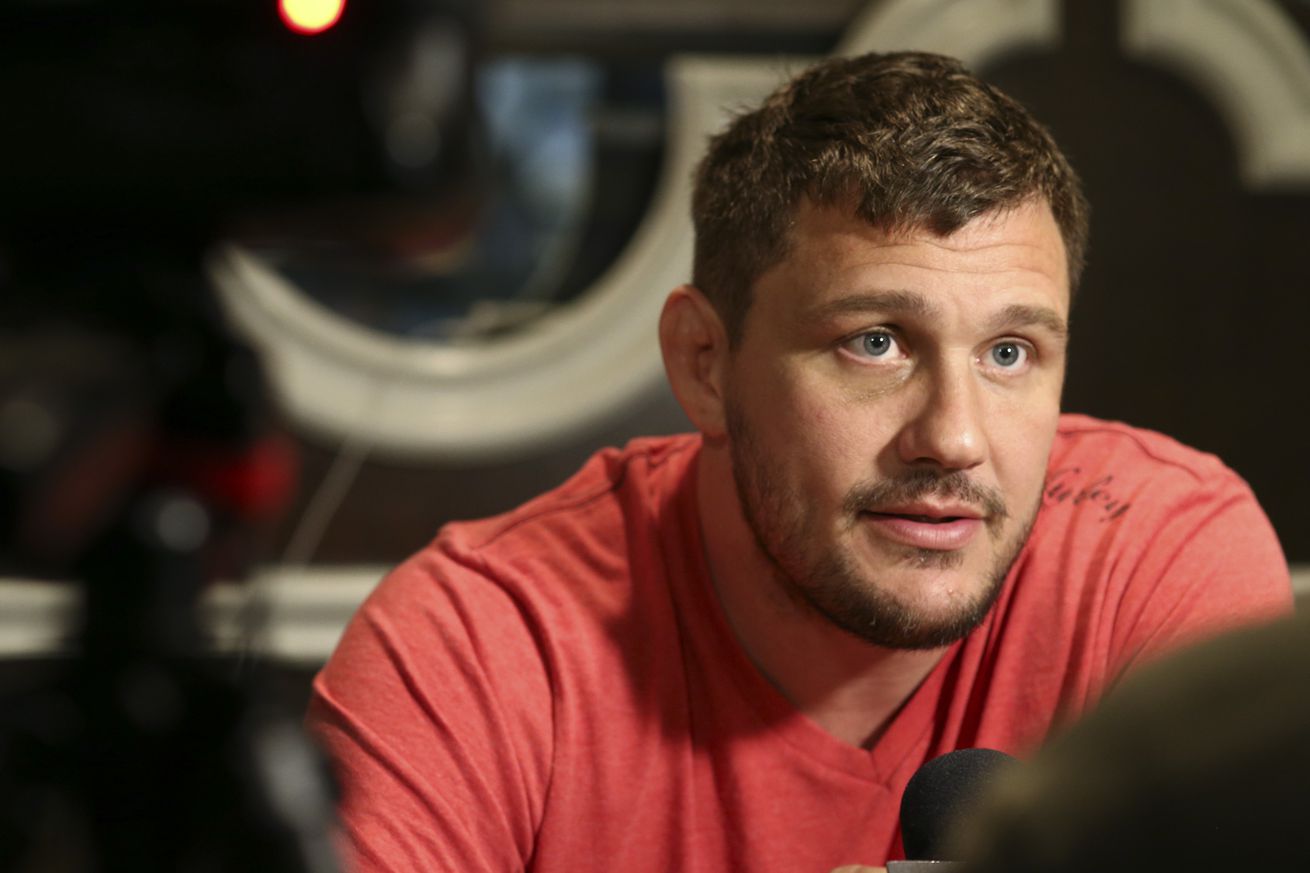 It wasn’t a deal breaker or anything like that, but Matt Mitrione mentioned the name Fedor Emelianenko during his contract talks with Bellator last year. If Emelianenko was going to be fighting for the promotion, Mitrione wanted a piece of he legendary heavyweight.

“That was one of my initial requests when I came over,” Mitrione said during a media scrum last month in Los Angeles before Bellator 170. “I said, ‘If Fedor ever gets back to fighting, I want to be his first fight.’ It was something I openly petitioned for.”

Emelianenko has won both fights since coming out of retirement, against arguably subpar competition. Mitrione will get the chance he wanted against “The Last Emperor” in the main event of Bellator 172 on Feb. 18 in San Jose, Calif.

Despite a lackluster performance by Emelianenko last year against former UFC light heavyweight Fabio Maldonado, Mitrione expects to see a prime Fedor in the Bellator cage. Emelianenko beat Maldonado by majority decision, but most judging experts felt like it should have been a draw or a Maldonado victory. Emelianenko was nearly finished in the first round.

“He probably took Fabio lightly and paid for it,” Mitrione said. “That’s the thing about our sport. You take somebody lightly, even for a moment, and you get caught. I took Ben Rothwell lightly. I thought I was whooping him pretty handily. I was like, ‘I’ll take him down and beat him at his own game’ and I got choked. I think it can keep you honest very quickly.”

Mitrione (11-5), who is 2-0 in Bellator, said he wanted the Emelianenko fight for simple reasons: the opportunity to be in the cage with one of the sport’s top names in history. Emelianenko is regarded as the best heavyweight MMA fighter ever, and some would argue that he is the best of all time in any weight class.

“Fedor is the GOAT,” Mitrione said. “He’s the biggest name in my sport’s history, as far as I’m concerned. Anybody who’s a competitor wants that opportunity. If I was playing [football] back in the day, I would have wanted to play against Barry Sanders or Walter Payton, play against Leon Lett, one of the best O-lineman ever. I would have wanted that situation and opportunity. I’m fortunate enough that I came here at the right time and I had a name that was sexy enough for Fedor to be like, ‘Yeah, sure, I’ll do it. Let’s do it.’ I think we all know that Fedor wouldn’t have come out to fight a nobody.”

Aside from the competitive aspect of the bout, Mitrione also understands the promotional side. A victory over Emelianenko, 40, would be one that stands out on a résumé. No matter what the former Ultimate Fighter castmate does in the future, if he beats Emelianenko, no one can take that away from him. Mitrione, 38, sees it as something that can springboard him to greater heights in the sport.

“I have a rather large ego as well,” Mitrione said. “I don’t necessarily think I’m a legend, but I think I have the potential to become somebody that can be mentioned in a sentence someday along the line. It’s a legacy fight. Obviously, Fedor has a lot to lose in this fight. I have a lot to gain with this fight. And I’m gonna do my damnedest to steal his legacy and steal all his fans. I want everybody in the world to be like, ‘Fedor looked damn good, but ol’ Mitrione whooped that ass.’ That’s what I’m looking for.”

And to those people who don’t believe Emelianenko is the best of all time, Mitrione would staunchly disagree. He points out Emelianenko’s ability to adjust and knock out Andrei Arlovski in 2009 after getting boxed up for a few minutes. Mitrione does not want to hear the Emelianenko detractors.