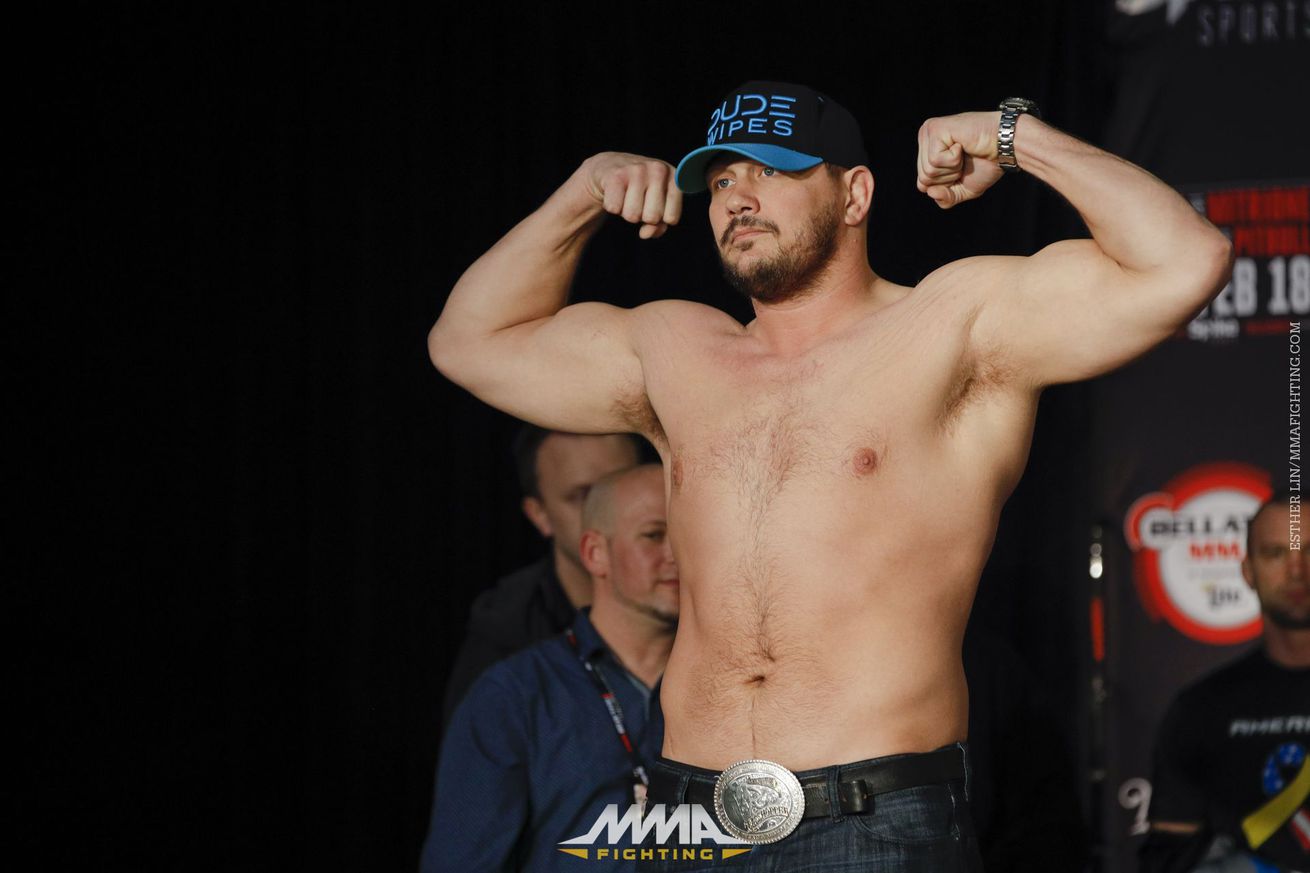 Matt Mitrione is still in pain, hours after his fight with Fedor Emelianenko would have gone down.

The Bellator heavyweight wrote Saturday night on Twitter that he has still yet to pass a kidney stone that kept him out of the Bellator 172 main event against Emelianenko in San Jose, Calif. He also took a shot at those who think he pulled out of the fight against MMA legend because he was “scared or faking.”

Thank you for understanding the misery I’ve been in trying to pass this big ass stone without so much as an aspirin. #StillHasntPassed

And for y’all fools that have the nerve to claim that I’m scared or faking, come hold these nuts while I try to finally pee this stone out

The fight was scrapped around 3 p.m. local time with Mitrione still struggling with a kidney stone. Bellator MMA president Scott Coker said at the post-fight press conference that Mitrione wasn’t feeling well earlier in the week, but Coker thought it was just nerves and Mitrione’s team figured it was indigestion. On Friday at weigh-ins, Coker said Mitrione told him he felt a “twinge” in his side, but still nothing alarming.

Mitrione, though, had to be taken to the doctor Saturday morning and ended up in the hospital. Emelianenko said he found out at around 1 p.m. that something was wrong, but there was still hope the fight would happen. By 3 p.m., with Bellator running out of time before the card began, the contest was cancelled.

A lightweight bout between Patricky Freire and Josh Thomson ended up as the night’s headliner, with “Pitbull” beating Thomson by second-round TKO.

Coker said at the press conference that Emelianenko would likely be able to return in a “couple months,” though he was not sure if Mitrione would be the foe.