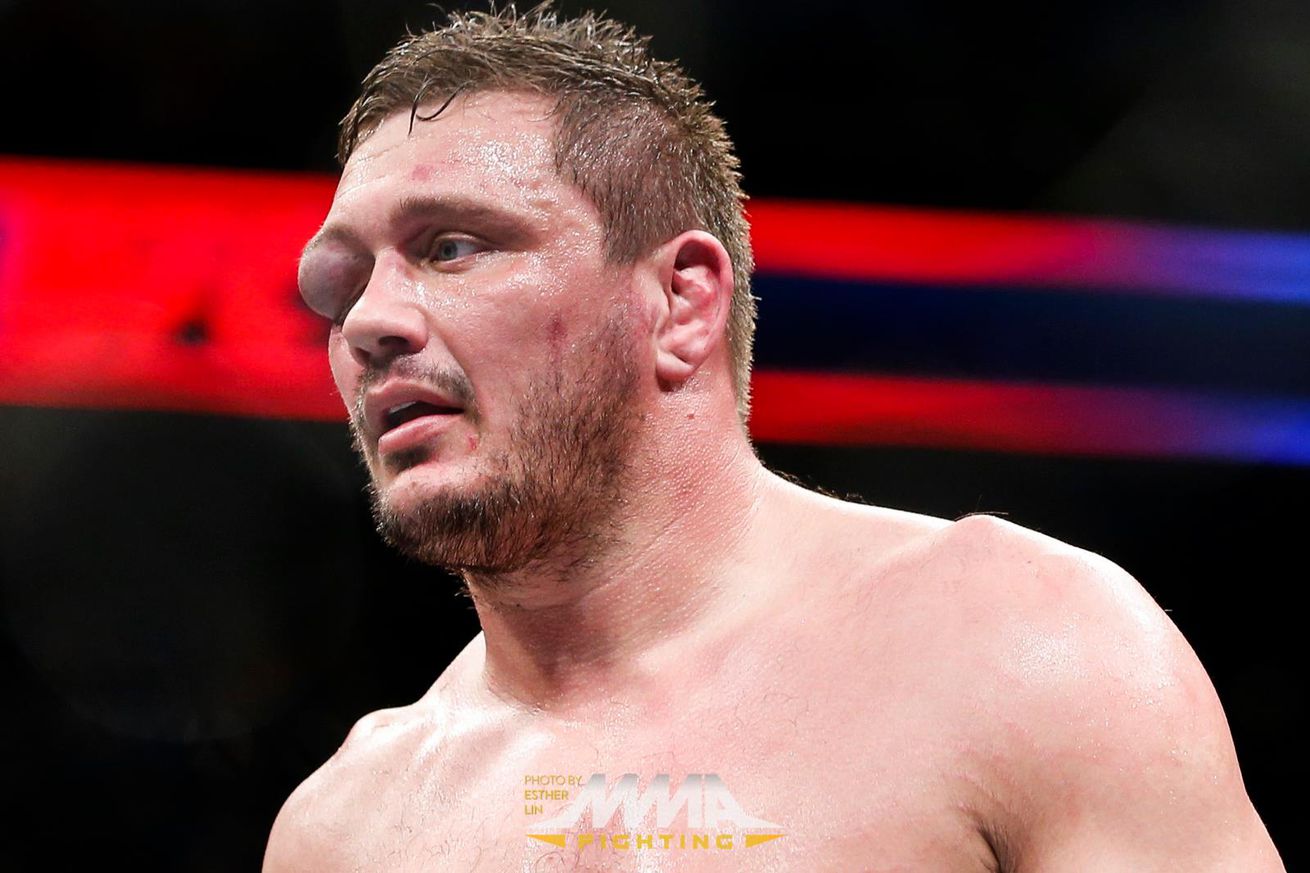 Matt Mitrione suffered one of the worst looking eye injuries in UFC history, with a badly swollen shut eye and large hematoma suffered in his loss to Travis Browne.

Matt Mitrione, hospitalized with one of the worst looking eye injuries in the history of the UFC on Sunday night in Boston, stated on Twitter that he had suffered a broken right orbital bone.

Broken orbital floor. This and the shoulder happened after the 2nd eye poke. I don’t think they would’ve happened pic.twitter.com/wFn1NC3j5Y


Mitrione’s eye was swollen shut with a nearly golf ball sized hematoma, noticeable at the end of the fight. Mitrione also suffered a separated shoulder when he was slammed down hard by opponent Travis Browne in the third round of their fight at UFC Fight Night: Dillashaw vs. Cruz, just before the fight’s ending. After the hard slam, Browne got mount position and landed punches and hard elbows from the mount until the fight was stopped by referee Gary Forman.

UFC president Dana White, at the post fight press conference, said the replay clearly showed the eye injury was from a clean punch by Browne (18-3-1) which caused the swelling and not the two prior pokes to the same right eye that each caused the fight to be temporarily stopped as Mitrione (9-5) was having trouble seeing.

There was considerable controversy that Forman didn’t dock Browne a penalty point after the second eye poke. The fight also went on for several seconds after that eye poke even with Mitrione having trouble seeing out of the right eye.

Browne was ahead 20-18 on all three scorecards going into the final round.

With everything that happened tonight, I need to state ….View full article