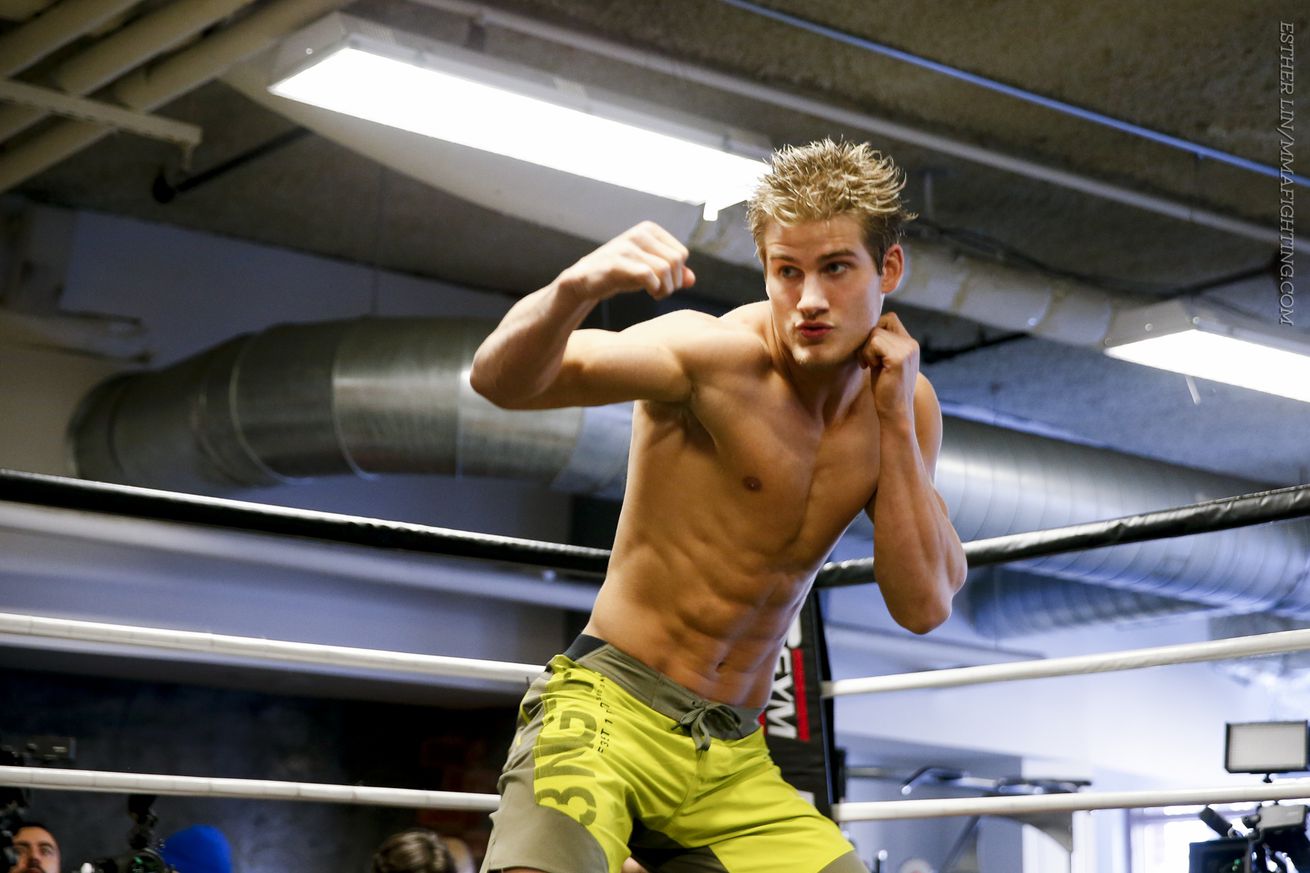 WEST HOLLYWOOD, CALIF. — If anyone can counsel Sage Northcutt on the highs and lows of the fight game, it’s Matt Serra.

The first part of Serra’s UFC career was a comedy of errors. There was the infamous spinning back fist knockout loss to Shonie Carter in the closing seconds of a bout he was dominating at UFC 31. At UFC 41, Serra was announced as the split decision winner over Din Thomas, only to find out later in the locker room there was a scorecard error and he had actually lost via split decision.

“I started my career off on the wrong side of a highlight finish I still see to this day,” said Serra, who was on a media tour of the Los Angeles area Monday promoting the UFC Fight Pass series “Dana White: Lookin’ for a Fight.” “They still show that clip. You gotta have a thick skin to be a fighter. You gotta be able to brush it off.”

Of course, Serra turned things around in spectacular fashion, winning season four of “The Ultimate Fighter” to earn a shot at then-welterweight champion Georges St-Pierre, where he scored one of the biggest upsets in MMA history, winning the title at UFC 69 via first-round TKO.

And as far as Serra is concerned, while Northcutt is experiencing the lowest of the sport’s lows in the wake of his loss to Bryan Barberena on Saturday at UFC on FOX 18, he should be well-positioned to shake it off and move forward, similar to how Serra himself moved past his early missteps.

“He’s got a bright future and he’s going to bounce back,” Serra said. “Like I said, I was a highlight reel finish by spinning back fist. You grow, and this is a rough ….View full article