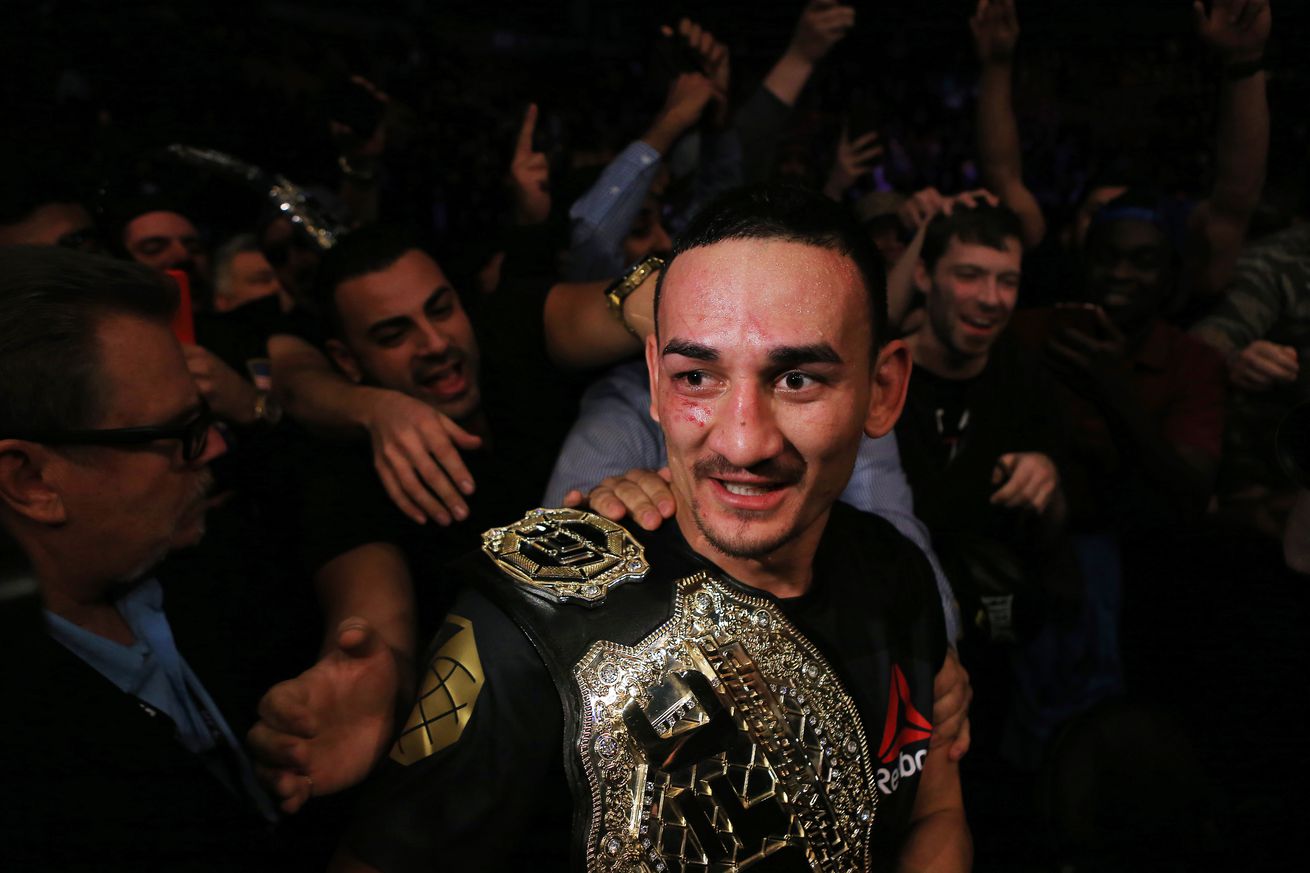 Jose Aldo playing the blame game … and “Blessed” is not happy about it.

That’s because “Blessed” suffered a leg injury after his battle against “Showtime” and won’t be able to train for roughly four-to-six weeks. That prompted Aldo to reveal alternate plans for an interim lightweight title fight in March, thanks to A) Conor McGregor’s absence and B) Holloway’s decision to pass on UFC 208.

“This guy’s stupid. I can use this guy’s words against him. I respect he’s a legend, he’s a legend of the sport but he has seven title defenses and he pulled out of six of them. He’s almost got the same amount of pull outs as he does defenses. You tell me what’s going on. I never pulled out of one fight in my life. I took short notice fights. I’m the most active guy in the division. It’s so funny. Aldo’s running his mouth now. I was running my mouth about him and he didn’t say (expletive). Then he finds out I can’t fight because I’m injured, he decides to open his mouth and run it. Get the hell out of here. He’s a little loud mouth now that he knows I’m not going be standing across the cage from him. He retires and then unretires and now he wants to call the shots? Mother (expletive), your belt was handed to you twice. He can go ahead and wait. I had to fight for mine. Get out of here with your crazy talk. Stay healthy and you’re going to see ‘Blessed’ in the New Year.”

That could leave this fight at the UFC 208 headliner.

Holloway has been angling for a fight against “Junior” for over a year. Unfortunately, no amount of public hazing (sample) could seduce the Brazilian into a featherweight fight, something the Hawaiian branded as “pussy-itis.”

As it stands, both divisions are in limbo.

That’s because McGregor continues to win titles and not defend them, which is why an interim strap exists at featherweight, a temporary solution that is also being bandied about for the 155-pound weight class.

The next few weeks are going to be very, very interesting.