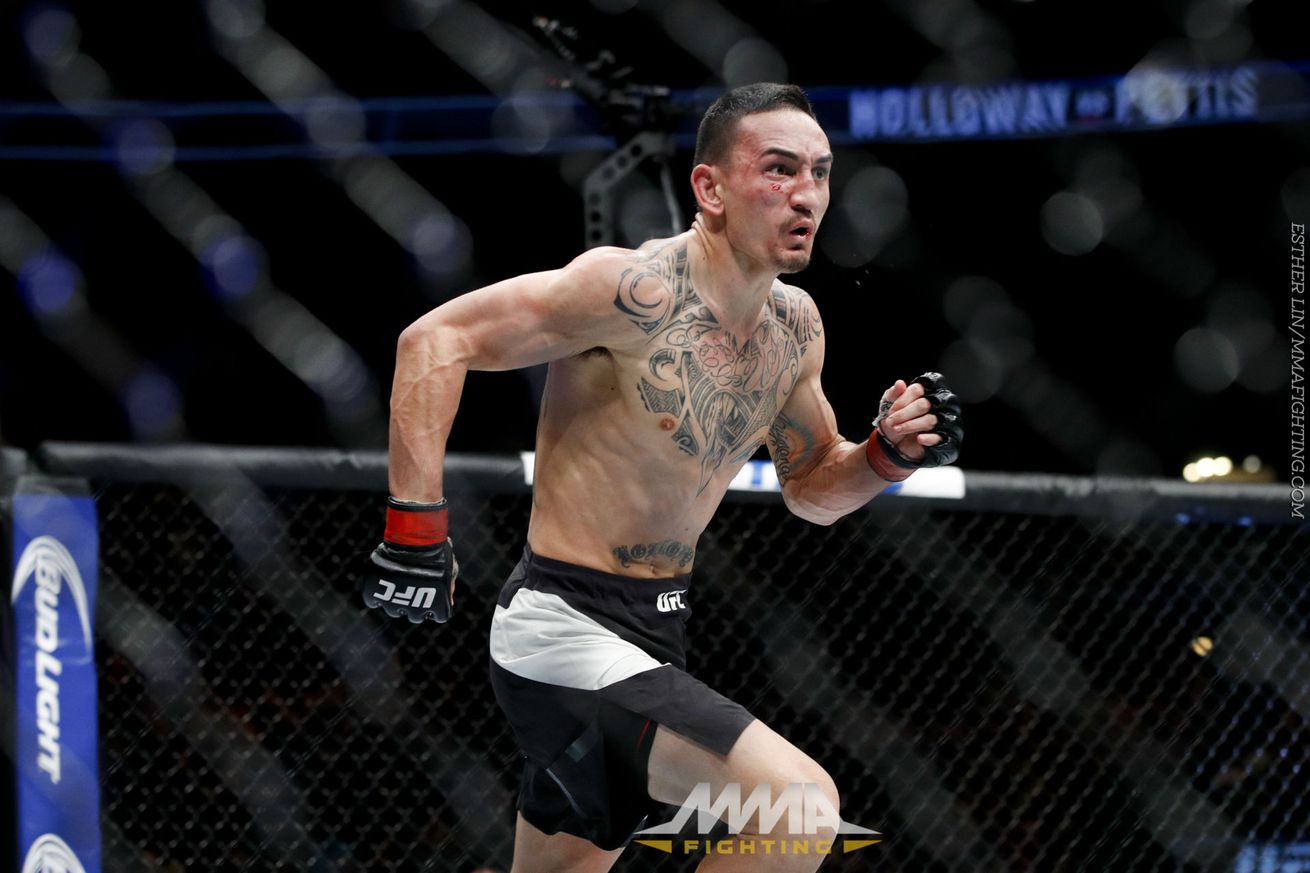 Max Holloway is done being told what to do.

Holloway captured the interim UFC featherweight title with a sensational victory over Anthony Pettis at UFC 206, then called out UFC featherweight champion Jose Aldo, setting the stage for a title unification bout to take place early next year and finally putting Holloway in a position of leverage after unsuccessfully chasing Aldo for the better part of 2016.

Having ignored countless attempts from Holloway to pick a fight, Aldo at last responded to the young Hawaiian on Monday, telling Brazilian media that the bout was already a done deal for Feb. 11 at UFC 208. But Holloway isn’t going to jump just because Aldo said so, and he explained on The MMA Hour that he still has plenty he wants to discuss with the UFC before committing pen to paper.

“We got Jose Waldo over here saying Feb. 11. I don’t know,” Holloway said. “He wants to retire. He wants to be a soccer player. Now he’s a f*cking matchmaker. Like I said before, the UFC needs to send his ass to the Cleveland Clinic and check his brain out. They’ve been sending me a bunch of times and my brain seems fine. I ain’t got no problems talking with you guys and doing all this sh*t.

Holloway is unquestionably the featherweight division’s hottest fighter. While Aldo clashed with the UFC over Conor McGregor and the state of the featherweight title, Holloway continued to stay busy, racking up a division-best 10-fight win streak that included a staggering five-fight run over Cub Swanson, Charles Oliveira, Jeremy Stephens, Ricardo Lamas, and Pettis.

Through it all, Holloway set new Octagon records for most fights, wins, stoppages, and knockdowns in UFC featherweight history, all at the young age of 25.

Holloway said he now hopes to meet with UFC president Dana White over the Dec. 30 weekend of UFC 207 in Las Vegas to discuss his future, and considering his massive growth both inside and outside of the cage over recent years, he is confident that the greatest chapter of his story is only beginning to be told.

“I’m growing,” Holloway said. “I’m only 25. I’m learning, man. And I told you guys, Dec. 10, a star is going to be born. And I think we’re taking the right steps to start being born. I said it before and I’ll say it again, it’s time to flip the channel, man. Come over to CineMax. It’s good, Hawaii’s warm, hashtag UFC Hawaii, and Team Blessed MMA’s got a lot of seats on the train. We’re going to ride this train until the wheels fall off.

While the Aldo bout has yet to be made official, Holloway reiterated that it remains the fight he wants most. And once things are finalized, he intends to blaze a path towards becoming one of the biggest stars in the sport.

“Too many guys are over here begging for people and trying to chase people to fight, this and that, begging for money fights. You become your own damn money fight. That’s what I plan on trying to do. Like I said, I’m trying to become my own star. I’m trying to make my own money. I don’t want a guy to be like, ‘look at this, you made this money because of me.’ No motherf*cker, I made this money because of my damn self. I’m working hard. I’m putting in the hard work. I’m sacrificing. I ain’t asking for no handouts. I’m going to earn everything I’m given.”