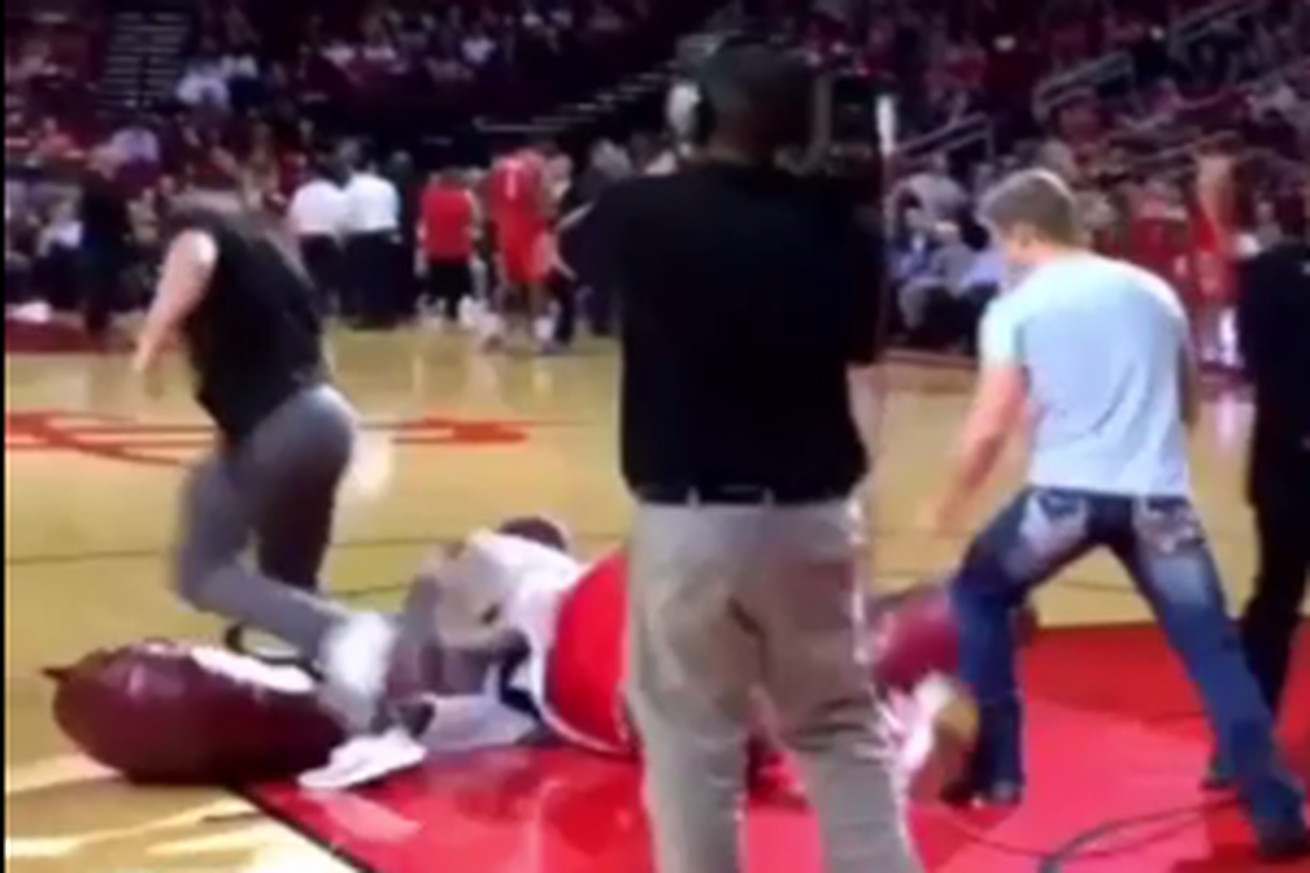 Max Holloway and Sage Northcutt took out some of their aggression on the hardwood.

With the sporting world converging on Houston for the Super Bowl, Holloway and Northcutt were guests at the Houston Rockets’ nationally televised NBA game against the Atlanta Hawks on Thursday night. And during a break in the action, the two UFC fighters did what they do best — at the expense of the Rockets’ unfortunate mascot, Clutch.

Catch video of the costumed beatdown above.