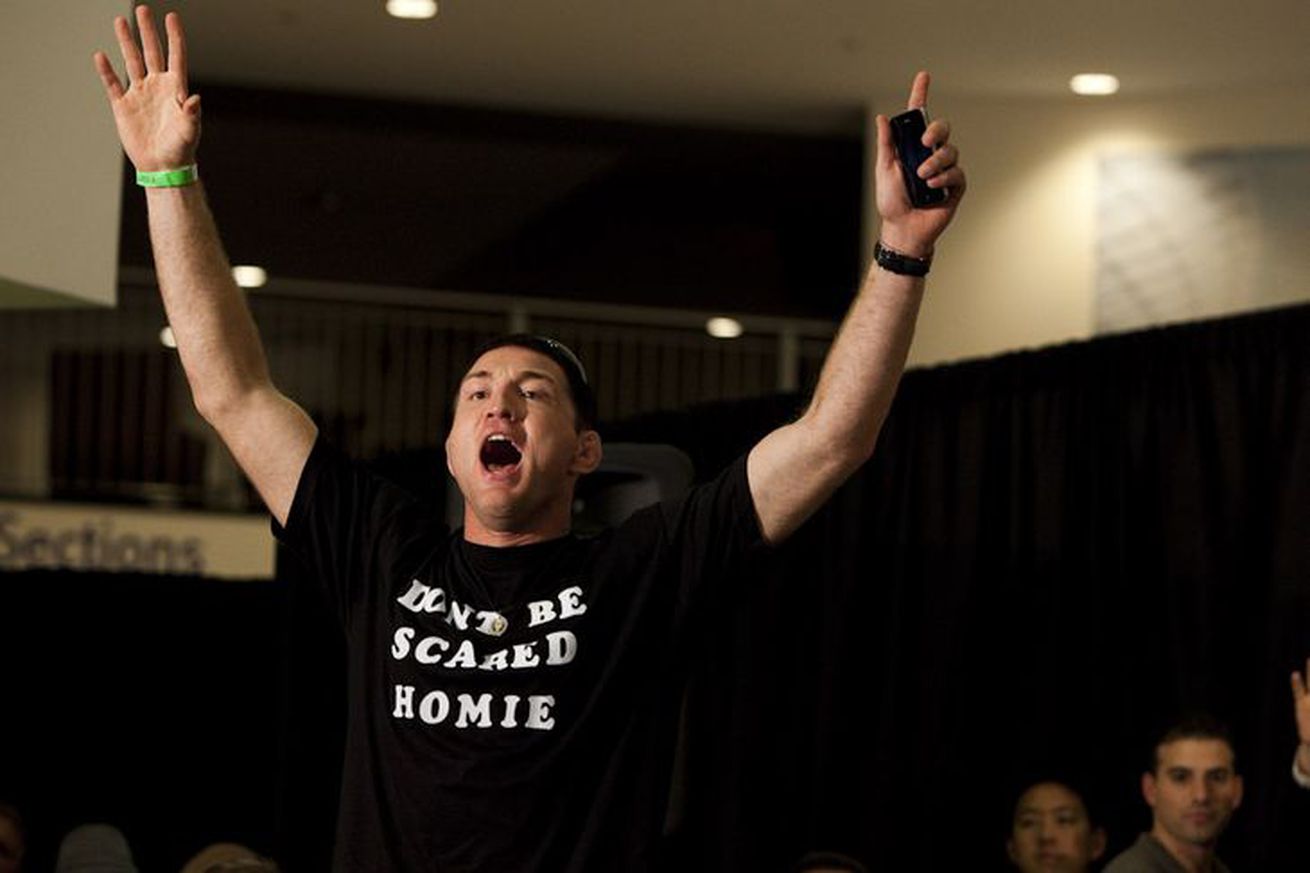 It’s nice to finally write a headline for Jason Miller that doesn’t involve the police.

The longtime mixed martial arts (MMA) veteran, now 35, will make his return to cage fighting on May 21, 2016 when he collides with Ultimate Fighting Championship (UFC) veteran Luke Barnatt in the main event of Venator FC 3 in Milan, Italy.

MMA Fighting brought word of the contest on Tuesday.

Miller (28-9, 1 NC) hasn’t been seen since his unanimous decision loss to CB Dollaway at UFC 146, which took place nearly four years ago in Las Vegas, Nevada. After a very public falling out with promotion president Dana White, “Mayhem” found himself butting heads with Johnny Law.

On more than one occasion.

Welcoming him back to combat sports is The Ultimate Fighter (TUF) 17 grad Luke Barnatt. After parting ways with UFC in the wake of three consecutive losses, “Bigslow” (9-3) submitted Mattia Schiavolin at Venator 2 to capture the 185-pound title.

Joining them on May 21 will be fellow UFC vet Matt Hamill, against an opponent to be named.