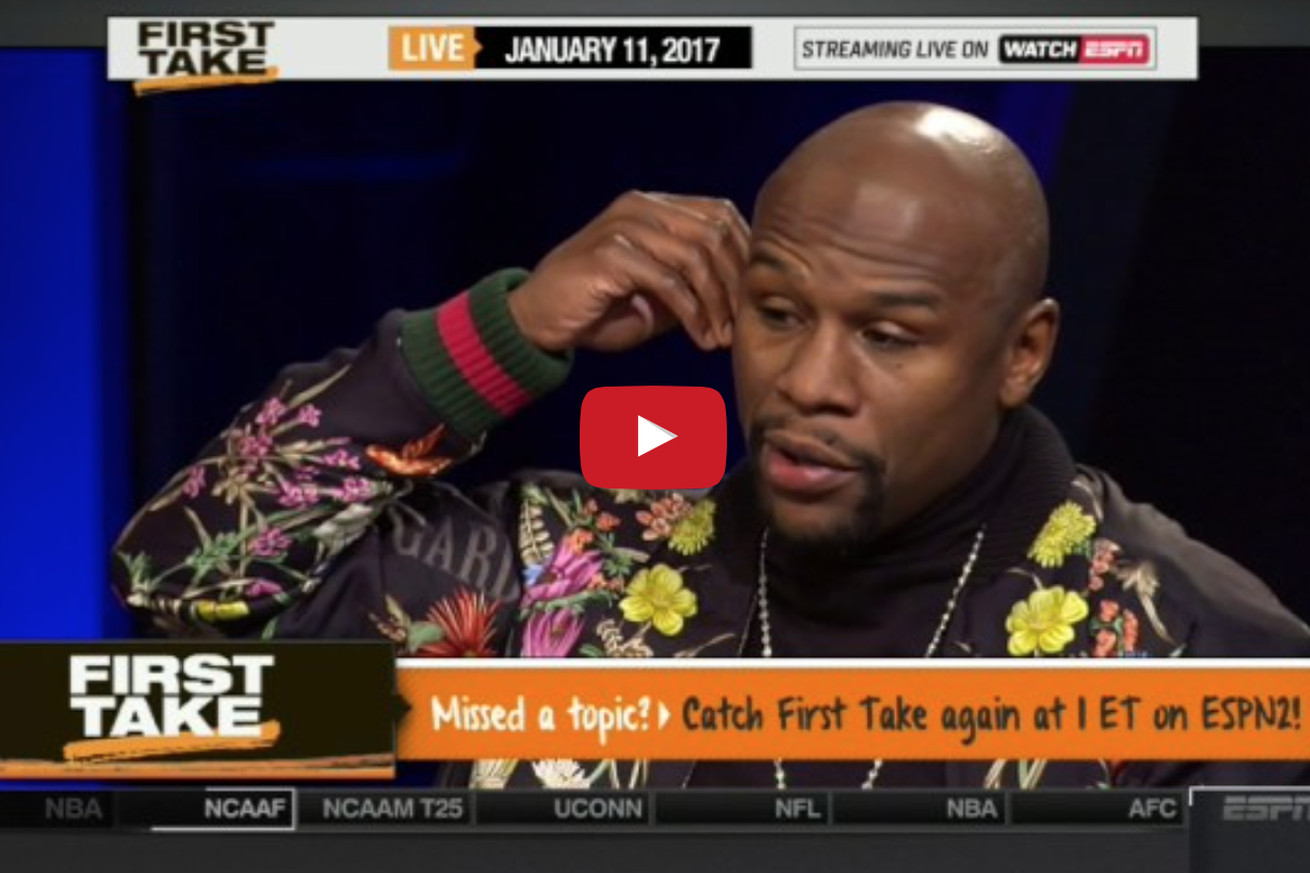 It wasn’t that long ago when reputable news outlets were reporting that a boxing vs. mixed martial arts (MMA) crossover fight between Floyd Mayweather Jr. and Conor McGregor was not only on the table, but perhaps two weeks away from being signed, sealed, and delivered.

Then politics got in the way.

Or was it “Money?” According to the undefeated pugilist, who took a break from consoling deposed bantamweight queenpin Ronda Rousey, the numbers make sense on both sides if “Notorious” is game.

“We tried to make the Conor McGregor fight. They knew what my number is. My number was a guaranteed $100 million, that way my number, we’re the A-side, and I don’t really know how much money he has made before, I’m pretty sure he hasn’t even made $10 million in an MMA bout, but we are willing to give him $15 million and then we can talk about splitting the back-end percentage on PPV. But, of course, we’re the A-side. I mean how can a guy talk about $20-$30 million if he’s never even made $8-$9 million? I’m saying right here on this show, Conor McGregor keep telling everyone he wants the fight. Let’s make it happen, Dana White, The UFC, Let’s make it happen. Bring him over to the boxing world and I’ll show him what it’s like. Easy.”

Nothing in this industry is easy.

McGregor continues to play his part, stoking the fires with continuous callouts and even went so far as to obtain his boxing license in the state of California. While it sounds great on paper, most peers believe this is nothing more than a publicity stunt.

Not that it matters, as “Notorious” is on the bench for the next 10 months to welcome his first child, assuming $15 million isn’t the kind of payday to skip lamaze classes (spoiler alert: it is).