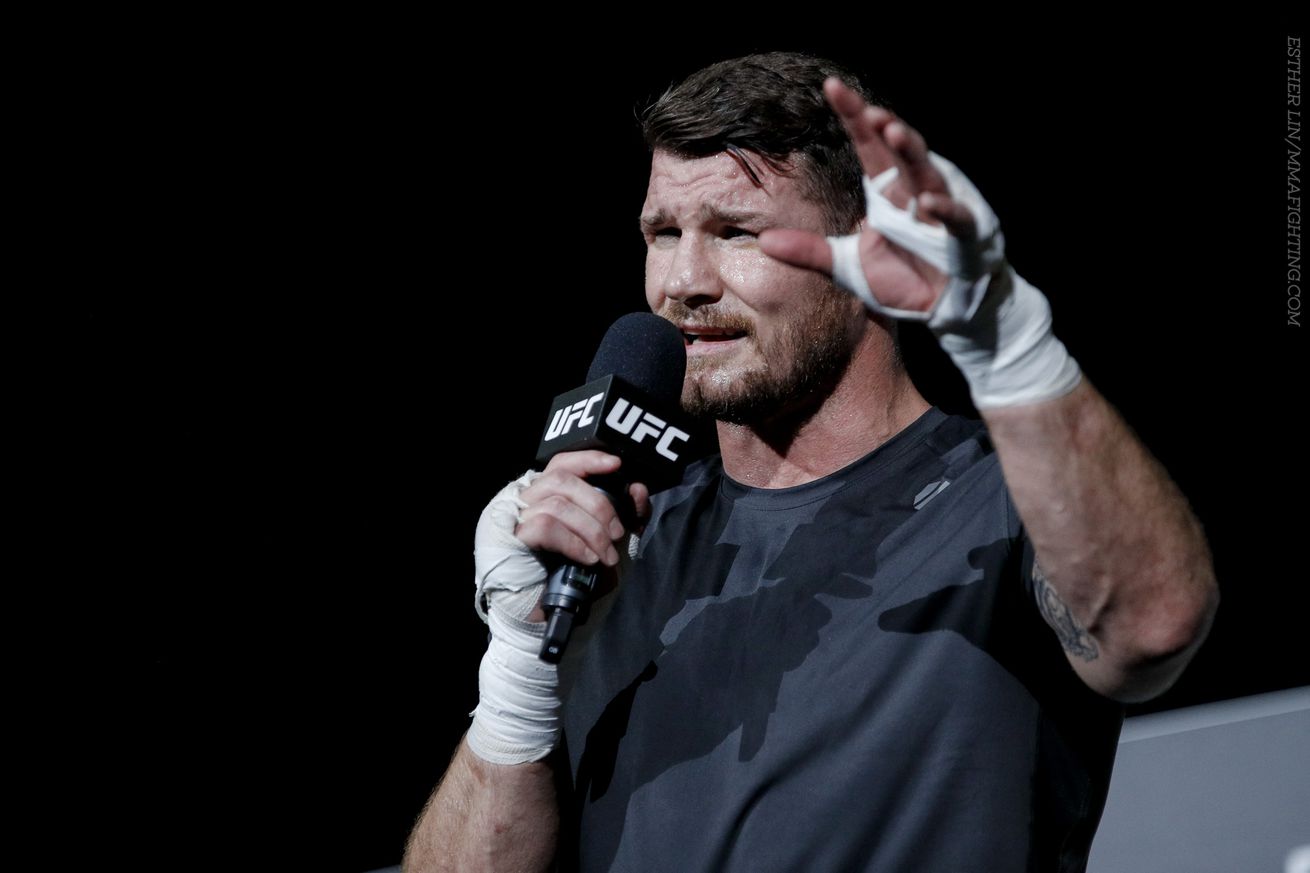 One UFC champion thinks another should no longer be allowed to compete in the sport.

Michael Bisping, who holds the UFC middleweight belt, said on the SI Now digital series Tuesday that he thinks Jon Jones should be facing a lifetime ban from MMA. Jones, the current UFC light heavyweight champion, tested positive for performance-enhancing drugs for a second straight year, it came out last month.

Jones tested positive for the steroid Turinabol stemming from as sample collected in relation to his UFC 214 title fight with Daniel Cormier in July. In that fight, Jones defeated Cormier by third-round TKO to regain the belt. The results of the drug test came back in late August and Jones is currently waiting for the B sample to come back, confirming the failure.

“Bones” is facing a four-year suspension as a repeat offender from USADA and additional sanctions from the California State Athletic Commission (CSAC), which also has jurisdiction over the case.

Jones’ team has said that Jones did not knowingly take a banned steroid, that he most likely ingested the substance by accident through a tainted supplement.

Bisping said the process has to play out, but things for Jones are not looking great right now.

“Yes, outside of the Octagon he’s made some very, very bad decisions,” Bisping said. “And unfortunately this is one that isn’t gonna go away for a long time. I think he’s looking at a four-year suspension. And it’s fair to say there’s no smoke without fire. This isn’t his first time. So, I guess we’re gonna see how this thing unfolds, but it’s not looking good.”

It’s a shame, Bisping said, because Jones is one of the best fighters of all time and this changes the way people will view him, likely forever.

“I think it’s fair to say that he has definitely tarnished his legacy,” Jones said. “I think he will always be remembered for the stunning performances that he put on. When he first broke into the UFC, he was incredible. Absolutely unstoppable.”