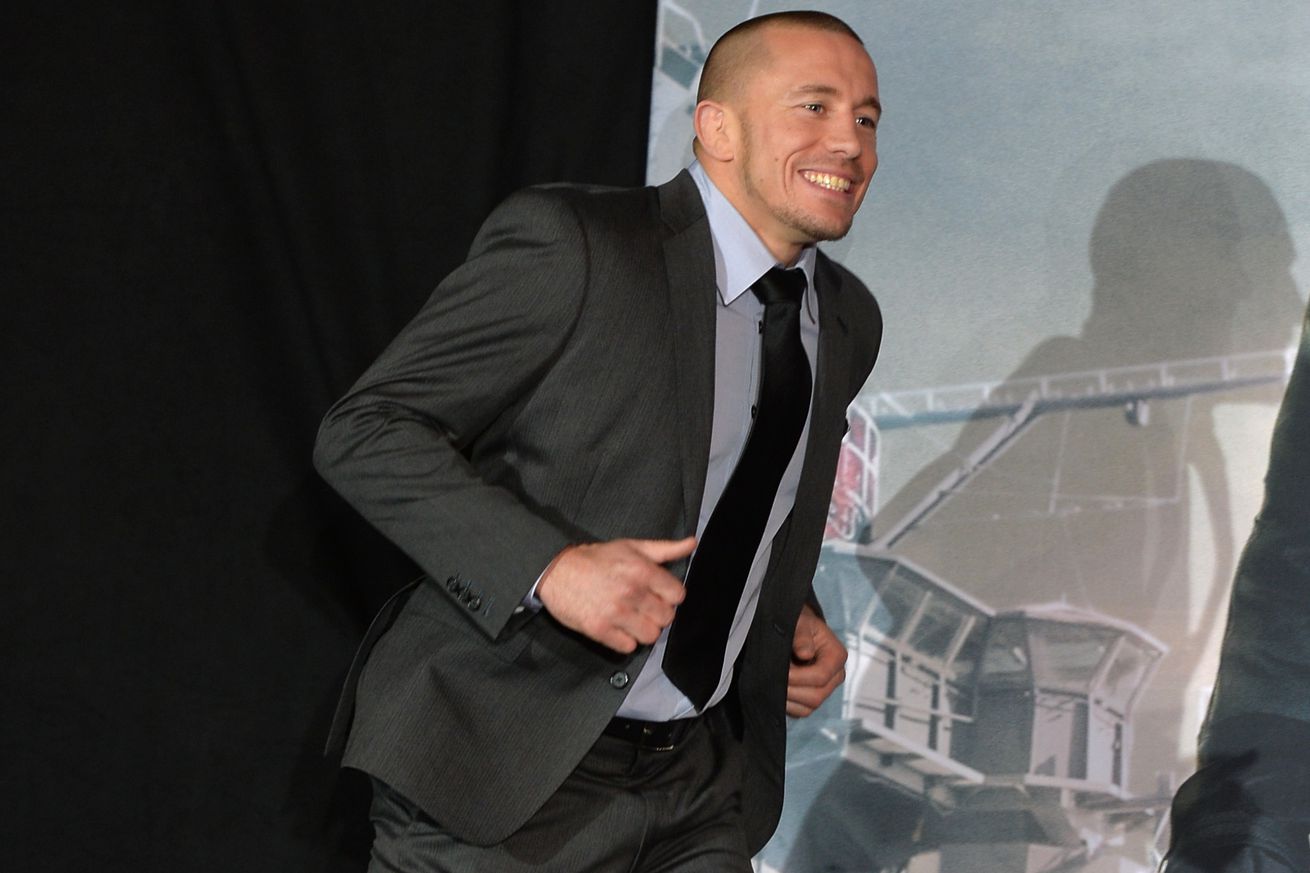 Former Ultimate Fighting Championship (UFC) welterweight champion Georges St-Pierre is suddenly the most hated man in the middleweight division, which sounds strange when I type it out, considering “Rush” has yet to move up in weight.

That hasn’t stopped some of the top contenders at 185 pounds from throwing shade in his direction. Not long after Ronaldo Souza threatened to break his neck, reigning middleweight titleholder Michael Bisping called St-Pierre a “little bitch” for playing hide and seek:

“I have nothing against Georges St-Pierre apart from the fact that he retired from the sport and was like, ‘No, I can’t do it because people are taking performance enhancing drugs.’ Well guess what, they were and they’re getting caught. But if you’re a man, if you’re a fighter, if you’re not a little bitch, you’ll still continue to take those chances and try to beat those people. You won’t run away to the shadows and disappear because you think you can’t compete. I’m not the coward. I’m not the coward that needs to takes steroids to compete with these guys. And I would have thought that Georges St-Pierre was man enough also to have the same attitude.”

Note to Bisping: St-Pierre isn’t the only one to retire because of rampant drug use.

The Canadian has been teasing a comeback over the last several weeks, expressing interest in a move up to middleweight to challenge the newly-crowned “Count.” The promotion, however, may have other plans and settle on this rematch.