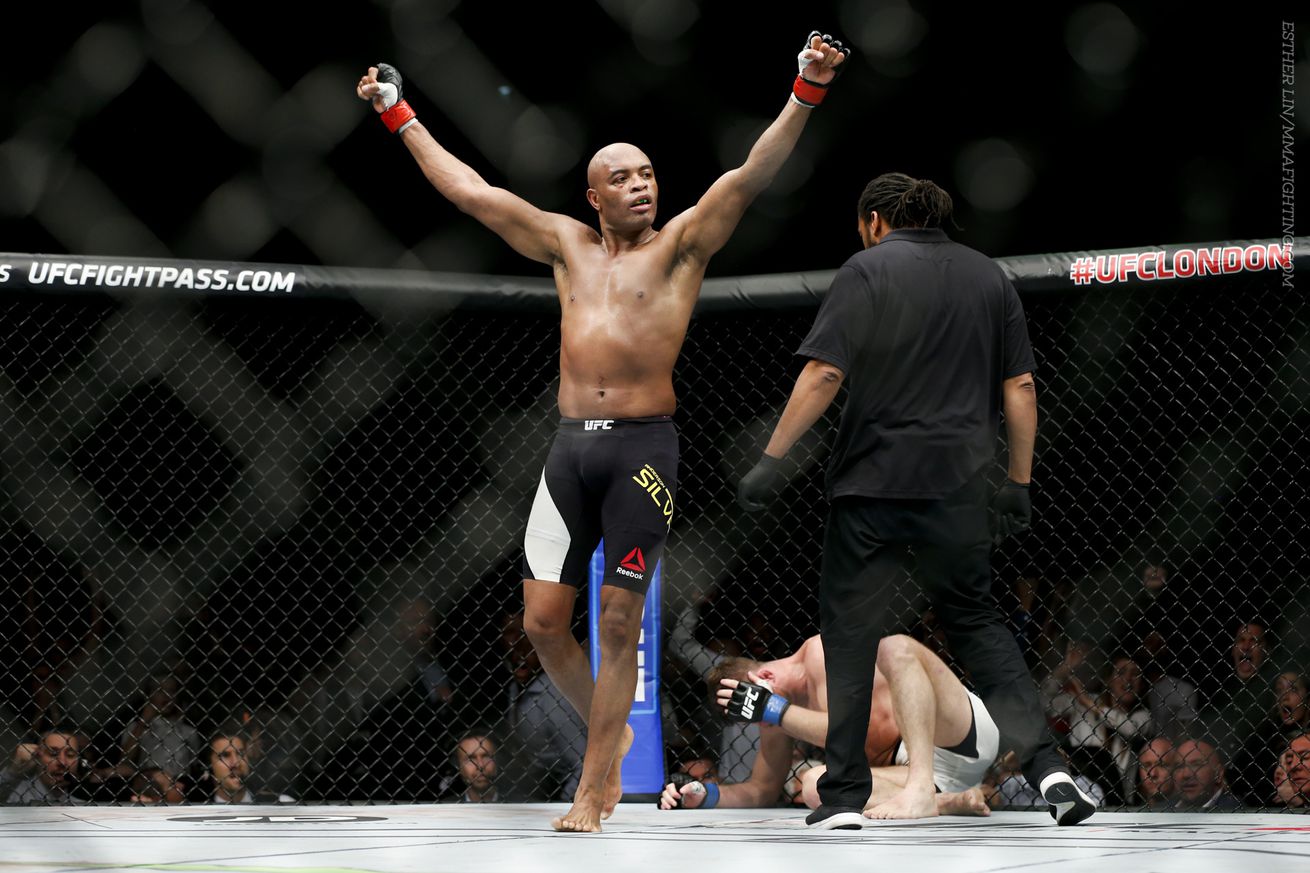 Anderson Silva thought the fight was over. His cornermen did, too. Michael Bisping? He had no clue what just occurred.

Silva hit Bisping with a flying knee right before the bell sounded to end the third round — and right after Bisping tried to pause the fight to put his mouthpiece back in. The knee sent Bisping crashing to his knees and Silva walked away in celebration, figuring he had won.

“When the round stopped, I wasn’t sure,” Bisping said at the post-fight press conference. “I wasn’t sure what had happened. I was like, ‘No, please. Please don’t tell me that this is over. I’m fine.’ Of course, when you have just taken a couple knees and elbows, etc., your faculties aren’t exactly the sharpest at that moment in time. Fortunately, it wasn’t the end and I got the job done.”

Referee Herb Dean never jumped in to stop the fight and then the horn sounded to end the third round. Silva, meanwhile, was on the cage in jubilation. He had to be asked to come down, with officials explaining the fight was not over.

Bisping would go on to win the fourth round and the contest via unanimous decision (48-47, 48-47, 48-47) against Silva on Saturday in the main event of UFC Fight Night 84 in London.

The Englishman won the first two rounds rather clearly. But things got really bizarre in that third. Bisping lost his mouthpiece while he was up against the cage, defending trying to defend strikes from Silva. Bisping circled out and, when there was a pause in the action, tried to ask Dean if he could put his mouthpiece back in.

Dean stepped toward Bisping, but Silva never stopped fighting. He launched a vicious flying knee that landed flush on Bisping’s jaw. It was nearly a knockout.