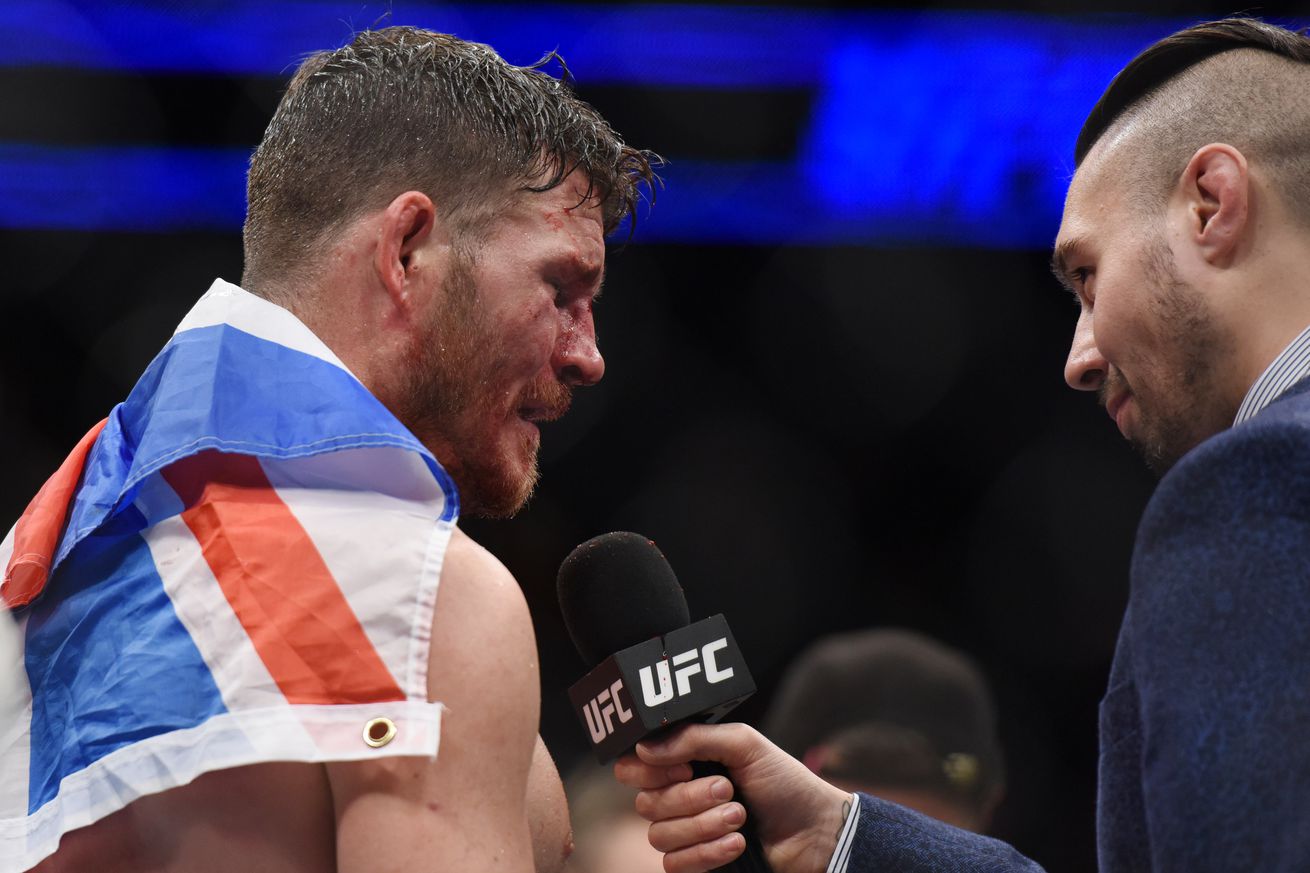 But not without a healthy dose of controversy.

Bisping lost his mouthpiece in round three and instead of waiting for referee Herb Dean to halt the action, took it upon himself to appeal to the official while the action rolled on. Think of Chuck Knoblauch pointing at Travis Fryman in the 1998 ALCS and you have a pretty good idea of what happened.

“The Count,” however, may have a fuzzy memory after “The Spider” lanced him with a flying knee (video).

From the post-fight presser:

“I dropped my mouthpiece. Herb Dean, he gets called the best referee in the business. I don’t know, man. I know there needs to be a break in the action to stop and pick up the mouthpiece. There was no action. When the round stopped, I wasn’t sure what had happened. I was like, ‘No, please. Please don’t tell me that this is over. I’m fine.’ Of course, when you have just taken a couple knees and elbows, etc., your faculties aren’t exactly the sharpest at that moment in time. That’s my fault. I’m too experienced to make those mistakes. Anderson capitalized and well done to that guy for that. I, of course, wanted to get back in there. Whilst I have a breath in my body, I will always continue trying to fight. I felt fine. Fortunately, it wasn’t the end and I got the job done.”

Bisping had a little help from his opponent.

Instead of going in for the kill, Silva watched the Brit fall on his ass ….View full article