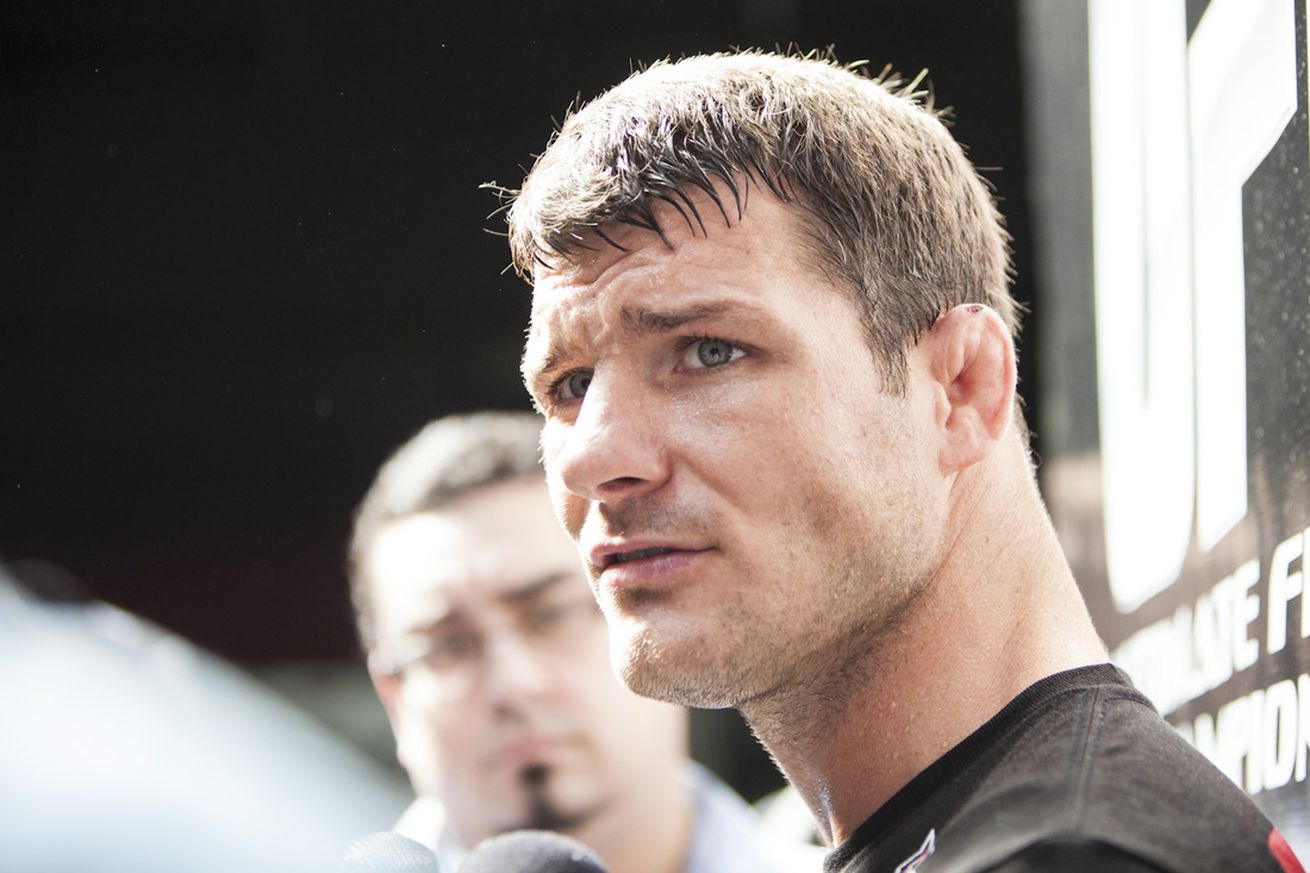 As Michael Bisping gets set to tangle with Dan Henderson for the UFC middleweight title in less than two weeks’ time at UFC 204, a mini-tournament of sorts is expected to help determine the next challenger in line.

The man Bisping knocked out to win the title, Luke Rockhold, will meet former Strikeforce champion Ronaldo ‘Jacare’ Souza at UFC Fight Night 101; while another former UFC champ, Chris Weidman, has long been rumored to meet Yoel Romero in a fight which has not yet been made official.

If all goes according to plan, whomever comes out of the matchups looking most impressive is likely to get the next title shot.

The reigning champ has two main thoughts about the impending fights: 1. Romero should be disqualified from consideration for a title shot due to his recent USADA suspension; 2. Weidman is the fight which interests him the most out of the four potential opponents, should Bisping beat Henderson.

“I’ll tell you who I don’t think deserves it — Yoel Romero,” Bisping said on Monday’s edition of The MMA Hour. “I don’t think he deserves it. There’s no smoke without fire. He got a reduced sentence, but the fact is, he still got a sentence. Even if you take performance enhancing drugs, the benefits of those stay in your system for a long, long time. So I don’t think Yoel Romero deserves it.”

Romero, it should be noted, had a USADA suspension which could have run two years reduced to six months due to tainted supplements.

As for Weidman, Bisping both respects the former champion as a competitor while also taking issue of his categorization of Bisping as champion being “embarrassing” for the middleweight division.

“I would like Chris Weidman simply because, listen, for all the back and forth and the s— ….View full article