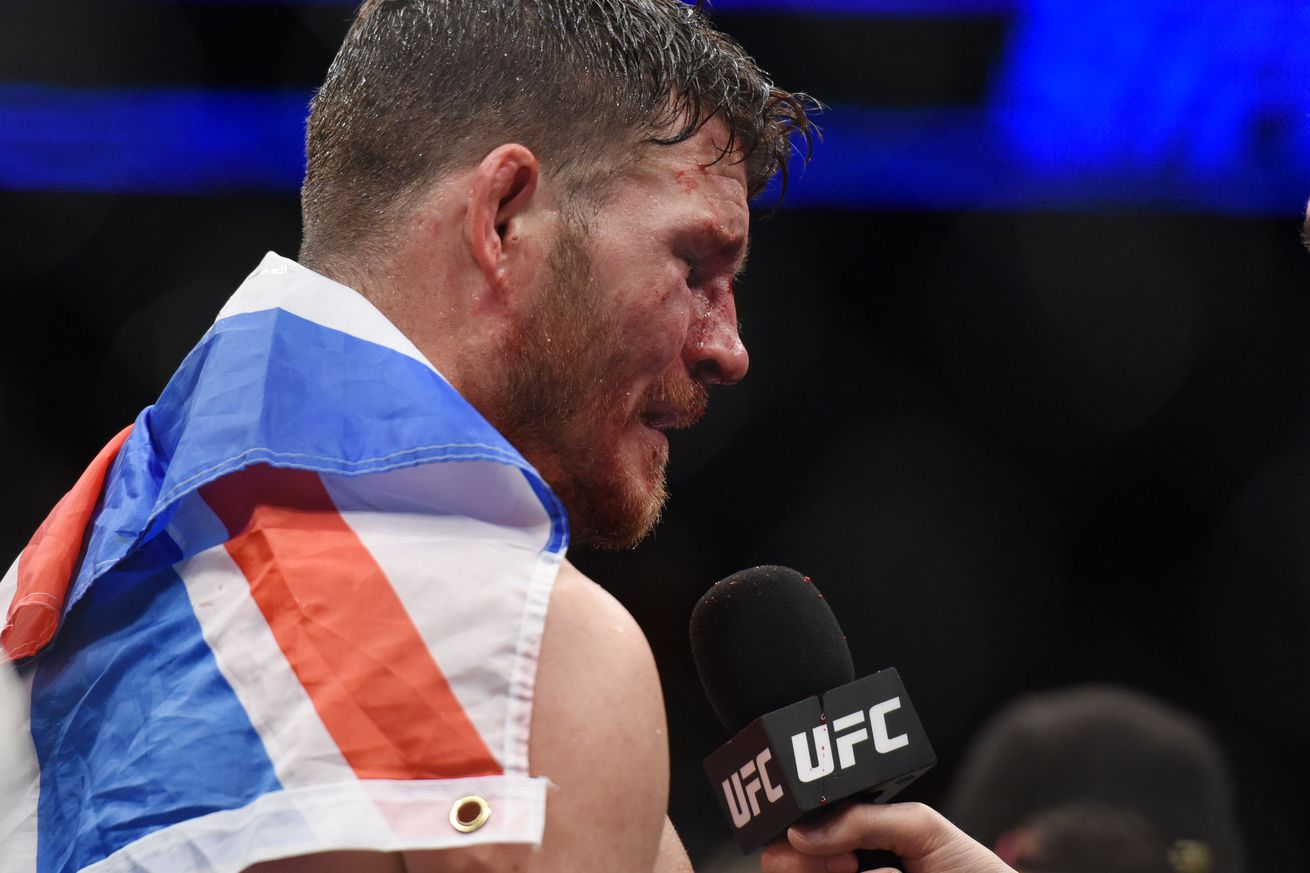 Perhaps it hasn’t quite sunk in just yet.

After more than a decade in the fight game, Michael Bisping is now the reigning, undisputed Ultimate Fighting Championship (UFC) middleweight champion. That’s a direct result of his first-round knockout win over Luke Rockhold at UFC 199 last weekend in Las Vegas, Nevada (watch it).

The Brit chats with TalkSport:

“I would love to defend the title in the UK later on this year. That would be a dream come true. I’m not talking names at the moment, I’m just relishing in my victory, it was only a few days ago! There’s plenty of fantastic fighting talent out there, and I’m sure between myself at the UFC we’ll pick the right person and give the UK a fight they want to see. I would love to fight in the UK later in the year, regardless of where it is, but the Millennium Stadium would be amazing.”

I can think of at least one volunteer.

Not surprisingly, mixed martial arts (MMA) fans have been clamoring for a do-over against Dan Henderson, as “Hendo” made the highlight reel hall of fame with his thunderous knockout win at UFC 100 way back in 2009. An idea, based on this retweet, not unwelcome by the new champ.

Who do you, as a fan, want to see Bisping fight next?