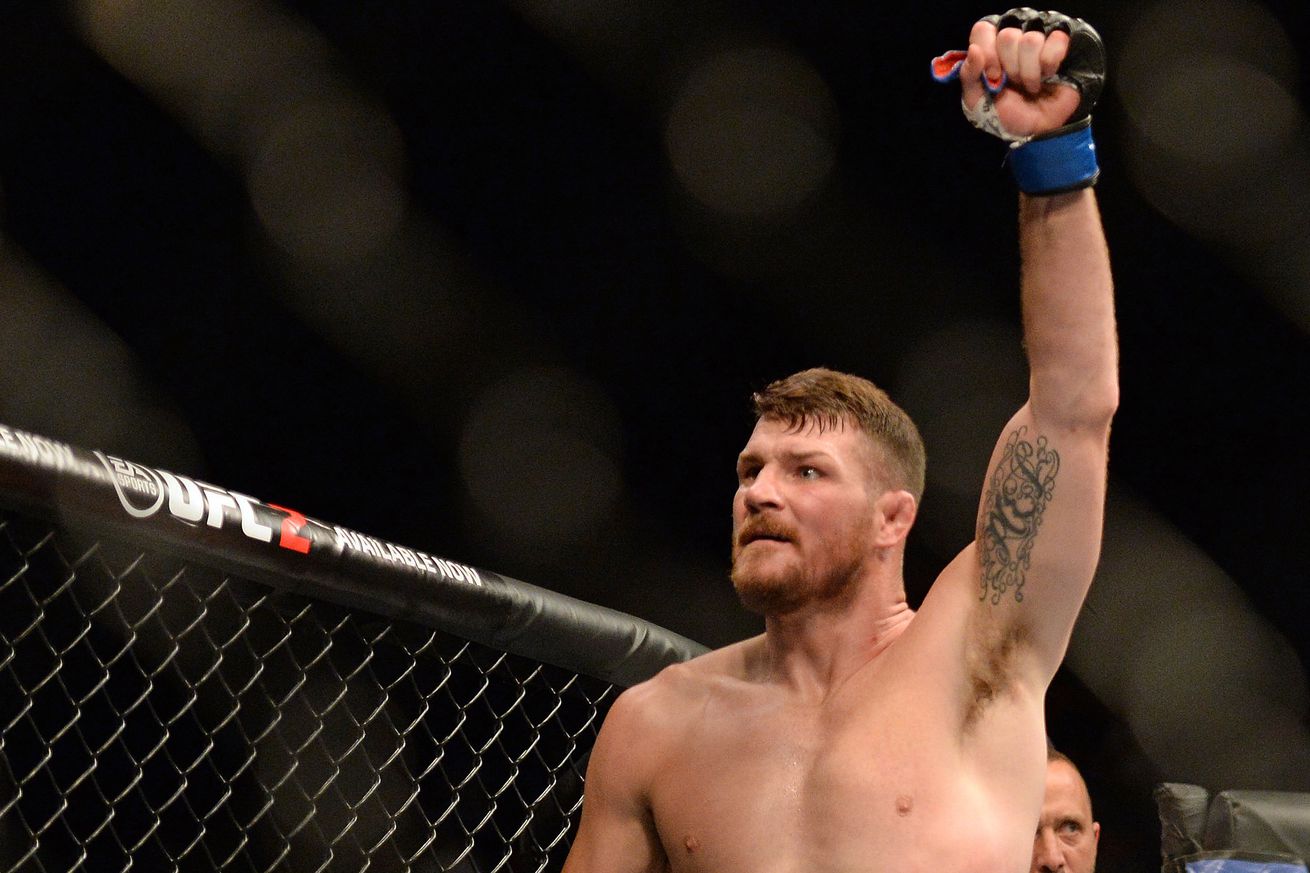 When Michael Bisping upset Luke Rockhold at UFC 199, the UFC’s middleweight division took on a different look. Already in line for the winner (presuming it would be Rockhold) were names like Yoel Romero, Ronaldo Souza, and Rockhold’s original opponent, Chris Weidman.

Yet Bisping knocked out Rockhold in one of the more memorable turn-of-events moments in UFC history. And now that he holds the title, new names have emerged. New storylines. New intrigue.

As for Bisping himself, Manchester’s own has definitive some ideas on what matchmaker Joe Silva might consider.

“Well, you know of course, I’m no spring chicken,” he said during an appearance on Monday’s edition of The MMA Hour. “I’m 37. It’s not like I’ve got 10 years ahead of me. There’s certain fights that I want, there’s certain people I’d like to get revenge on, and there’s certainly viable contenders. So there’s many different ways you can go and there are many ways you can look at things.

Bisping casually tossed out Souza’s name, as the Brazilian has gone 6-1 since coming over from Strikeforce in 2013. And he talked, too, about a trilogy fight with Rockhold, if ….View full article