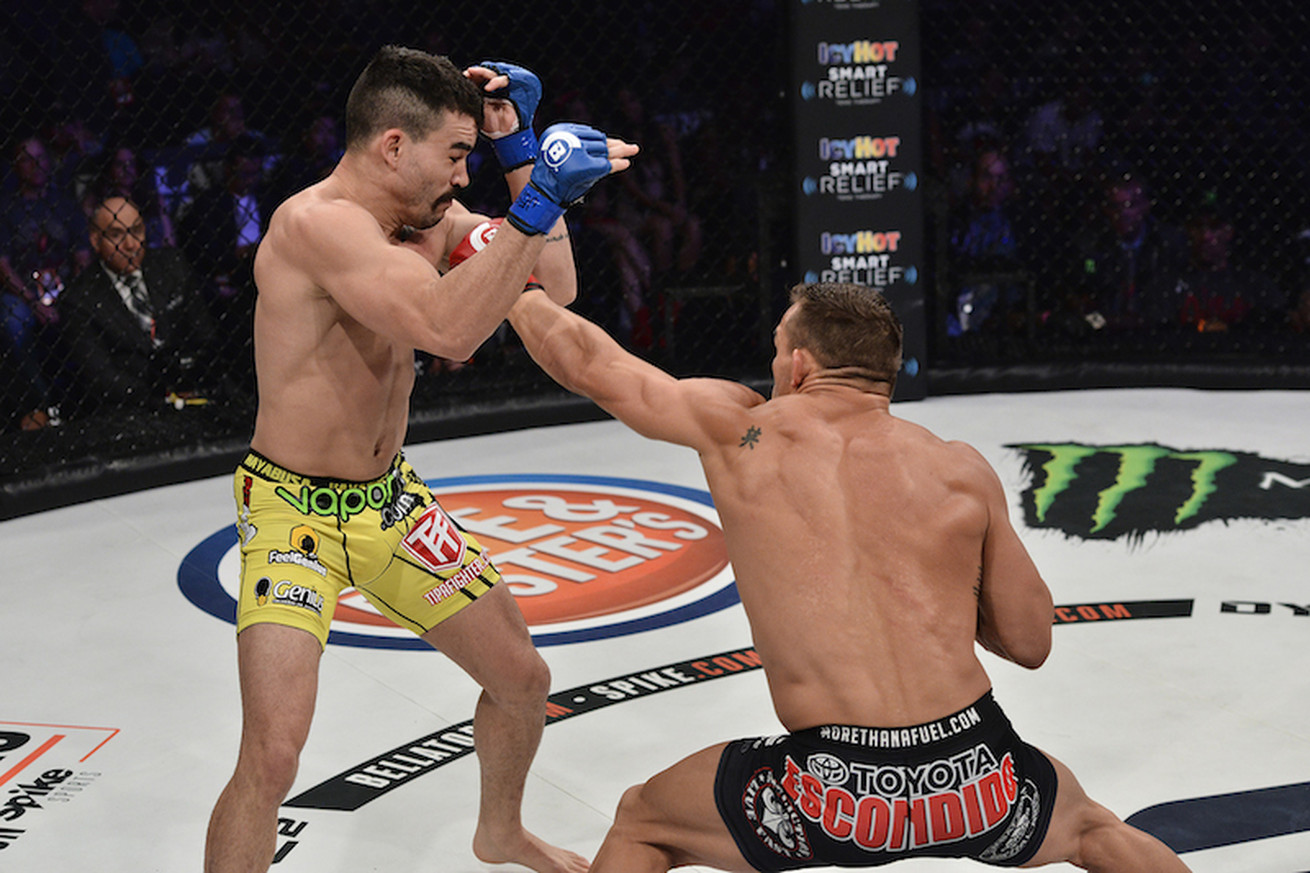 ST. LOUIS – It was a banner night for Missouri’s own Michael Chandler on Friday.

Not only did he make the roof come off of the Scottrade Center with his clean knockout of Patricky Freire, but Chandler regained Bellator’s lightweight title.

And afterwards, as he sat perched on the fence celebrating his big moment, he had an encounter with Patricky’s brother Patricio, who was cageside.

What was that all about?

“Uh, it was interesting,” Chandler said at the Bellator 157 post-fight presser conference. “I commend [Patricio], I take my hat off to him for getting emotional for his brother. I mean, if my brother had just got knocked out, I would’ve…I don’t think I’d have done the same thing because I thought what he did was pretty disrespectful, but you’ve got to stick up for your brother.

“He just came up in his Brazilian accent and said, ‘I want to fight you.’ And I said, ‘you want to fight me?’ And I said something I probably shouldn’t have said and made a gesture I probably shouldn’t have. But, at the end of the day, you just got done knocking somebody out and you got adrenaline coursing through your veins, things happen. But that fight won’t happen. There’s no benefit to it. I’m not interested in that fight.”

Chandler (15-3) downed Pitbull with a clean right hand that landed flush on the Brazilian’s chin. Freire fell straight backwards as the 30-year old Chandler loomed over contemplating a follow-up shot. Noticing that Freire was out, Chandler threw up his arms in celebration.

For Chandler it becomes the second time he’s held the 155-pound title. He held the belt between 2011 and 2013, having won it in the fight of the year against Eddie Alvarez at Bellator 58. He lost it to Alvarez two years later.