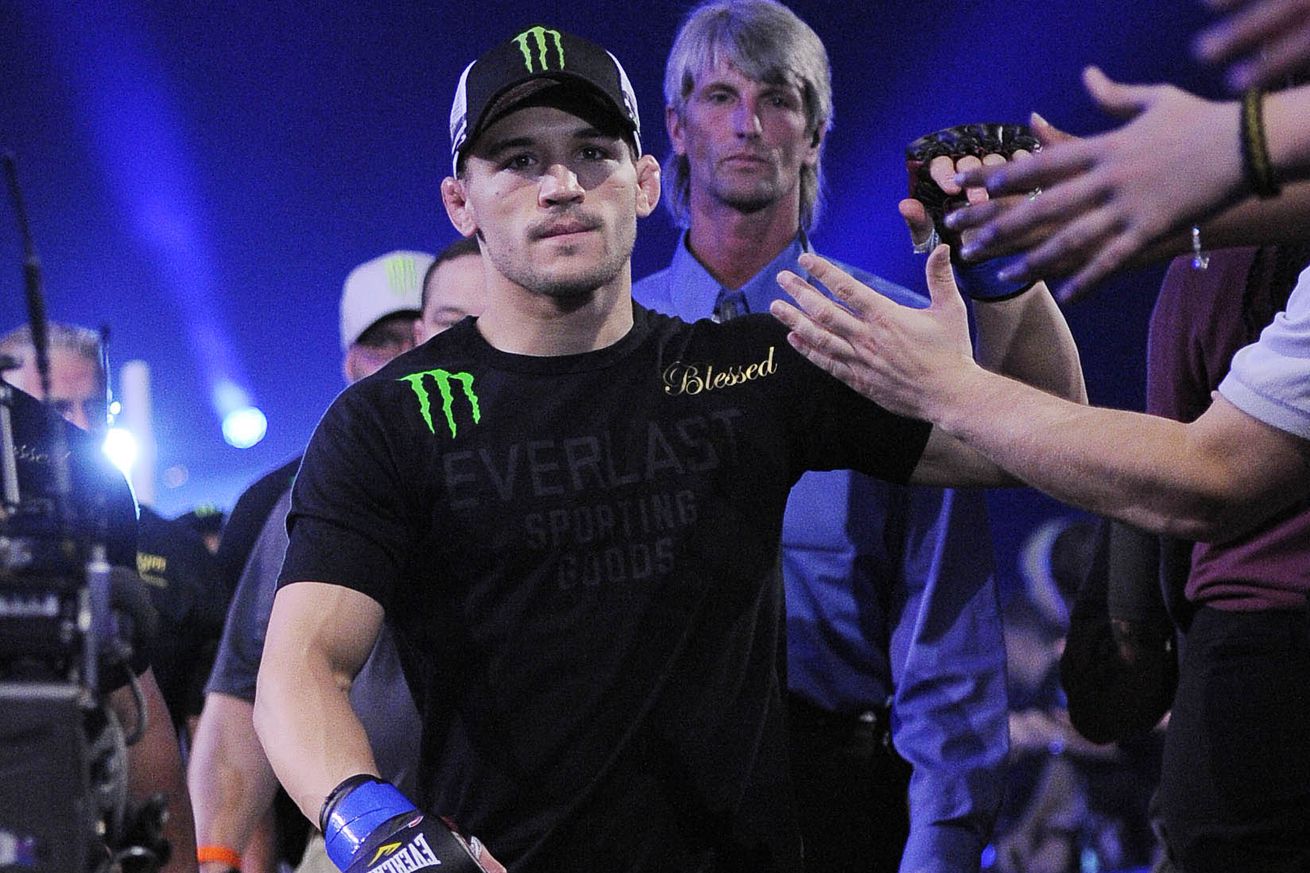 Today, Bellator MMA is proud to announce that Chandler will be continuing to compete for the promotion for the foreseeable future, with the news that the former 155-pound champion has signed an exclusive multi-year, multi-fight extension to remain with the Scott Coker-led promotion.

“Michael Chandler is synonymous with our brand and doubles as an incredibly talented and exciting mixed martial artist,” said Bellator President Scott Coker. “Not every fighter or free agent aligns with our future plans, but when looking at Chandler’s resume, inking him to a long-term extension was a no-brainer. I look forward to getting him back in action as soon as possible.”

Chandler was also pleased with his extension, stating: “I’m ecstatic to continue my career with Scott Coker and Bellator MMA. It’s obvious that good things are continuing to happen for this promotion and it’s correlating to big opportunities for myself as well,” Chandler said. “I can’t wait to get back in action and test myself against some of these new guys coming in and move back up through the ranks. As always, my eyes are on that belt, and it will be back around my waist soon.”

A 14-fight Bellator MMA veteran, Chandler has been a member of the Viacom-owned promotion since 2010. Prior to joining the Bellator ranks, the Missouri native competed for Strikeforce. Amongst his notable victories, Chandler bested Eddie Alvarez via submission at “Bellator 58” in what many fans and pundits alike considered the fight of 2011.

Further along the way, Chandler defeated the likes of Patricky “Pitbull” Freire, Marcin Held, Rick Hawn, and David Rickels (2x). Of his 14 wins as a professional, Chandler has amassed 12 victories before ….View full article