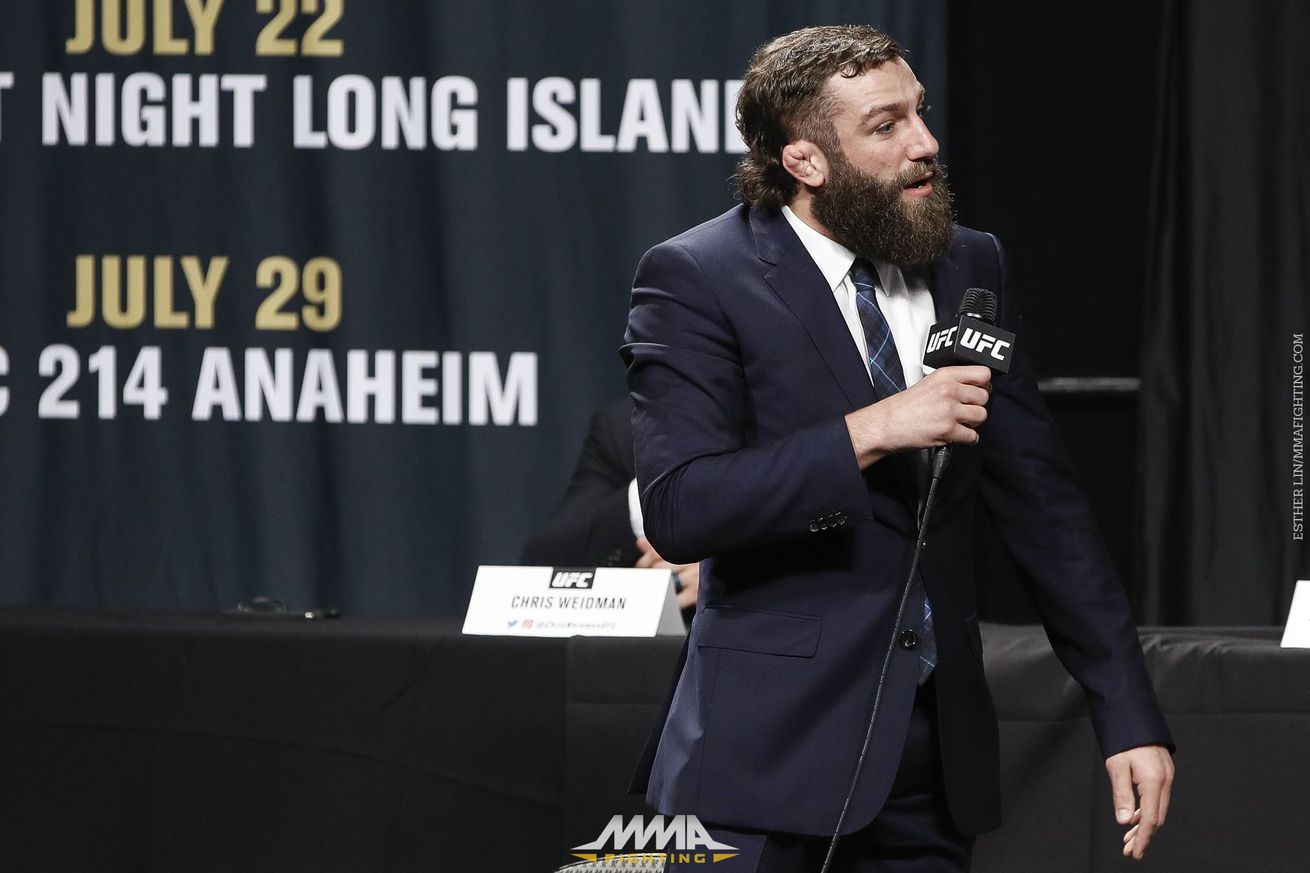 Michael Chiesa is still looking to set thing straight from his controversial loss to Kevin Lee last month, but this time he’s approaching things with a different angle.

The top 10 UFC lightweight has officially challenged referee Mario Yamasaki to a grappling match in the headlining slot of the Onnit Invitational event on Sept. 30. This unusual challenge comes after the controversial stoppage made by Yamasaki in Chiesa’s UFC Fight Night 112 main event fight against Kevin Lee.

“Onnit is having an invitational on Sept. 30, so this is my open challenge to Yamasaki,” Chiesa told Ariel Helwani on The MMA Hour. “I would like to test his fifth degree black belt in a friendly grappling match and let’s see if he’s what he says he is. And I’m not saying it in a hostile way, I’m saying, ‘hey, if you’re a fifth degree black belt, you should back up for the decisions you made.’ As a martial artist myself, that’s my open challenge to him, to headline Onnit Invitational on Sept. 30.”

During the UFC Fight Night 112 main event, Lee had Chiesa’s back and had a rear-naked choke locked up, which looked very tight. But despite Chiesa never tapping out or never going unconscious, Yamasaki decided to stop the fight, making this one of the most controversial referee decisions of the year. This was not the first time the 53-year-old Yamasaki has made a questionable call, as he has a deep history making controversial decisions in MMA fights. Chiesa and his team were concerned about Yamasaki officiating the bout prior to the fight, and he finds it sad that Yamasaki is still refereeing high profile MMA fights.

“The second Mario Yamasaki walked into my locker room me, Sam [Sicilia] and my coach Ric we looked at each other like, ‘oh f*ck’,” Chiesa explained. I’m not here to try to bash the guy but he’s got a track record for not the best at officiating.

“I know he’s a fifth degree black belt and that’s all fine and dandy, but that doesn’t mean he’s a fifth degree black belt in officiating. I feel like he’s fallen behind a little bit, and I think it’s sad when a referee walks into your room and you and your teammates are looking at each other like, ‘oh shit, we got this guy’. I like the work of Herb Dean, “Big” John, Dan Miragliotta, and I think the best ref in the business is Josh Rosenthal, but unfortunately we can’t have him. It sucks when an official walks into your room and you’re like, ‘crap,’ and it’s just a crappy feeling.”

Chiesa attempted to file an appeal to overturned the loss to a no-contest with the Oklahoma State Athletic Commission, but last week the commission denied Michael Chiesa’s appeal.