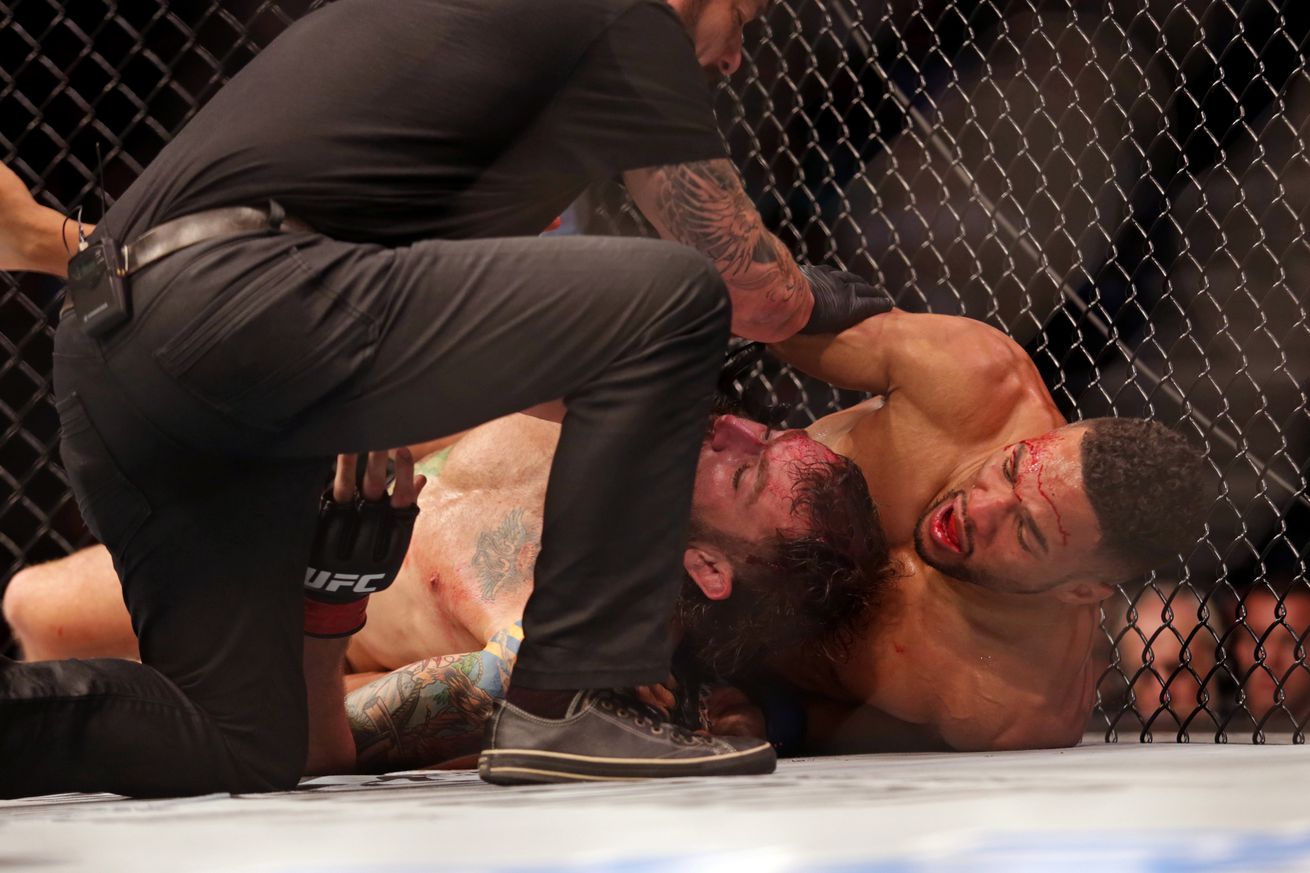 Referee Mario Yamasaki, charged with keeping order in the FOX Sports 1 headliner, called a stop to the lightweight affair prematurely (details), after “Maverick” appeared dead to rights by way of rear-naked choke.

The commission, however, saw nothing to warrant a do-over.

“In the referee’s opinion just prior to the stoppage your hands stopped defending the choke, were in mid-air, wobbly and limp, and were moving towards your waist,” OSAC executive director Joe Miller told Chiesa (via MMA Fighting). “At that point he was in perfect position and acted on what he was seeing.”

Lee, clearly unsympathetic following the controversial loss, jumped to No. 7 in the official UFC rankings (see them here) and put himself in line for bigger and better things. Chiesa, meanwhile, fell to No. 10.

For much more on UFC Fight Night 112 click here.