Home MMA News Michael Jai White on placing his concepts for modern MMA in his latest film ‘Never Back Down: No Surrender’
ShareTweet 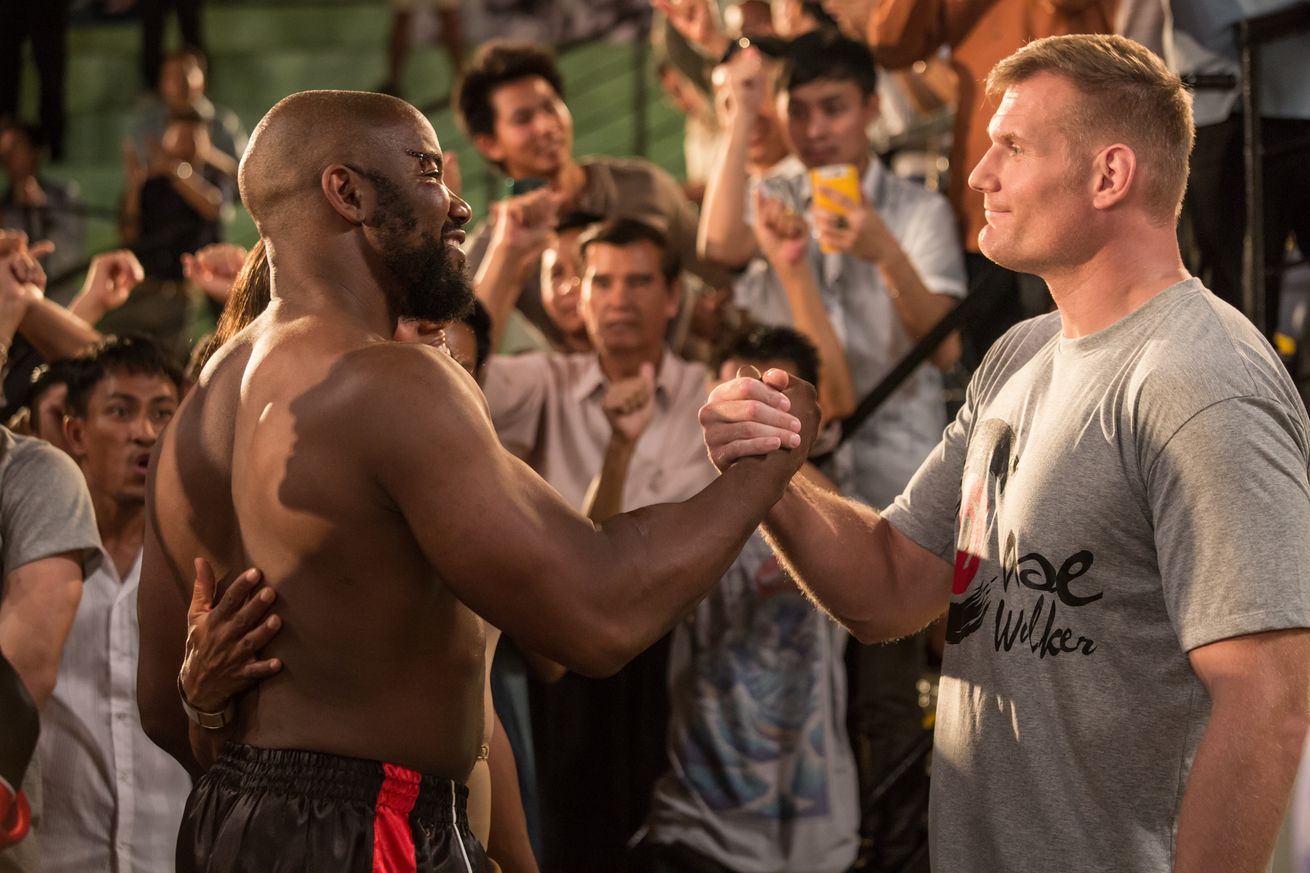 The martial artist/actor spoke to MMAmania.com about his latest film “Never Back Down: No Surrender,” acting with UFC heavyweight Josh Barnett, being mistaken for Quinton “Rampage” Jackson, and shared his affinity for current UFC welterweight, Stephen “Wonderboy” Thompson.

Case Walker is back and this time he’s headed to Thailand.

Michael Jai White reprises the role of the former MMA champion in the third installment of the “Never Back Down” film series, “Never Back Down: No Surrender.” The film was released on Tuesday by Sony Pictures Home Entertainment, and this time around the martial artist/actor was behind the lens in addition to his leading role duties and working along side the likes of UFC heavyweight Josh Barnett, seasoned actor Esai Morales, Stephen Quadros, and his wife Gillian White, as well as his daughter Morgan.

“I was lucky,” White told MMAmania.com recently. “I got the cast I wanted and I got pretty much every thing I wanted out of this film. I was really, really blessed. I got to work with my wife and my real daughter in the movie so that was a blast for me and I didn’t have to act much. I’m acting with Josh Barnett, who is a training partner and a friend, anyway, in real life. We are both jocks/nerds and it was really cool.”

White’s character, Walker, has been keeping a low profile on the regional scene since his arrest from the last film when he bumps into his old friend, Brody James (Barnett), who is cornering another fighter at a local event. James convinces him to come to Thailand to help him prepare for a huge fight against the undefeated and menacing Caesar Braga (Nathan Jones). Walker is reluctant at first, but soon agrees to train his friend.