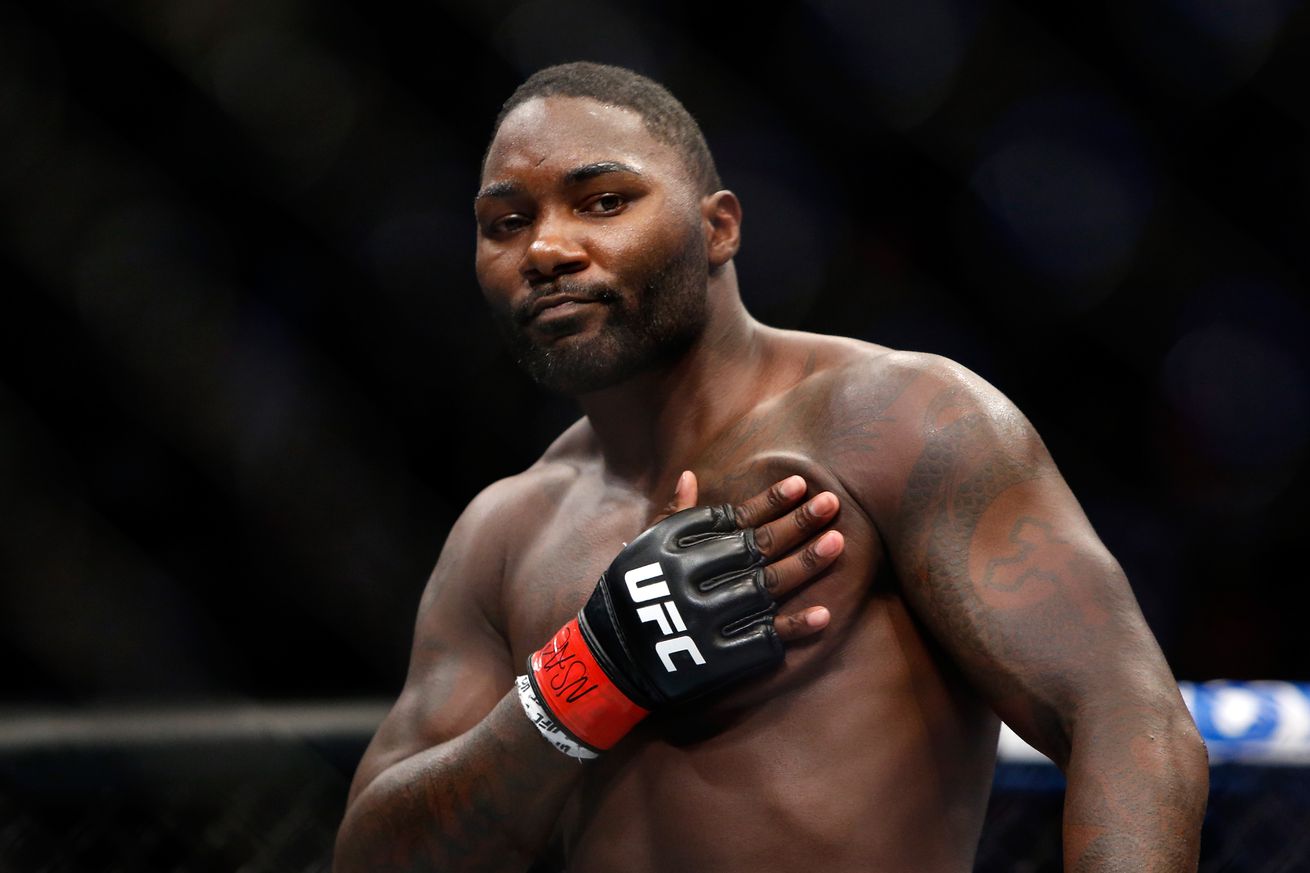 When Anthony Johnson unexpectedly retired after his loss to light heavyweight champion Daniel Cormier at UFC 210 this past April, MMA fans were in shock. The prolific knockout artist had punched his way to two UFC title shots since returning to the promotion in 2014, and, despite his second loss to “DC,” was still considered a perennial light heavyweight title threat.

But “Rumble” walked away. Some people couldn’t understand his decision to leave the game on top, but longtime teammate and current UFC lightweight contender Michael Johnson believes it was a great decision for the 205-pound knockout king.

“I hope not,” said Johnson to BJ Penn Radio when asked if he expects “Rumble” to stay retired. “The sport is definitely going to miss [him]. He’s like a brother to me, but I’ve always been a huge fan of his, his fighting style, how he fights. But if you can get out of this sport unscathed and healthy, and have something lined up and be successful, then all the power to you. Because that’s what every fighter wants, is to walk away from this sport comfortable and happy. That’s what he did, so I support him and I’m happy for him.”

Even with his crushing submission losses to Cormier, “Rumble” does escape a career of fighting rather unscathed. Johnson was so good at connecting heavy shots that he rarely got caught up in wild brawls. However, that doesn’t mean his defeat to Cormier at UFC 210 wasn’t difficult to watch.

“It’s frustrating to see a friend and a brother like that lose,” explained Johnson. “You never know what happens in a fight like that. Maybe his mind did one thing, and his body did another. But you know, he went out there and he fought one of the best in the world, and he came up short. But I hope he’ll be back.”

If “Rumble” does decide to return to fighting and resume his booming career, UFC would undoubtedly welcome him back with open arms. And considering the light heavyweight crop is as weak as it has ever been, Johnson could hop right back into title contention upon his return.