Home MMA News Michael Page on Bellator’s welterweight division: ‘I feel like I can handle any of these guys’
ShareTweet 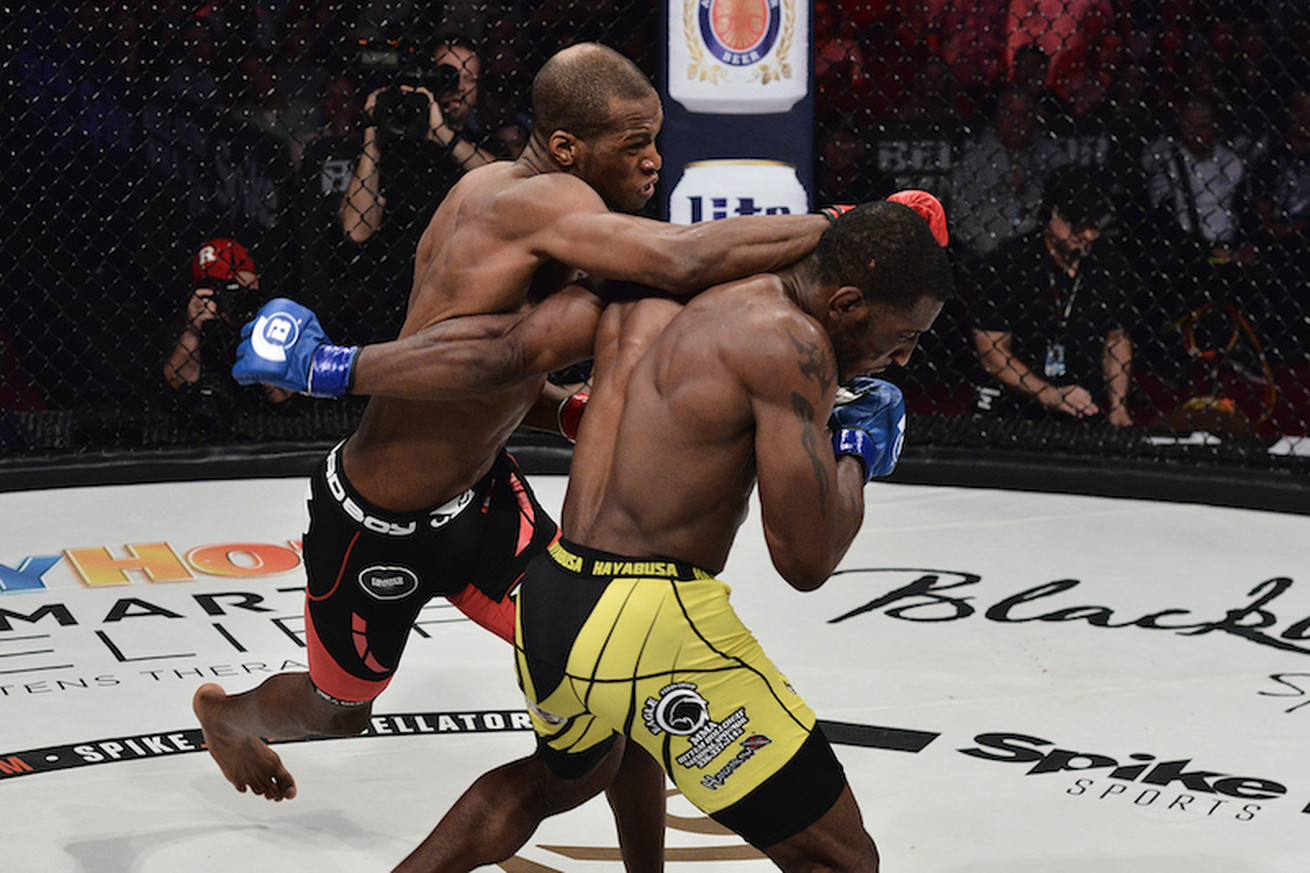 After his Bellator 153 submission victory over Jeremie Holloway, Michael Page spoke to MMAmania.com about the win and his upcoming bout at Bellator 158 in London, England, at the O2 Arena on July 16, 2016.

UNCASVILLE, Conn.–It wasn’t much of a surprise that Michael Page (10-0) picked up his tenth career victory at Bellator 153 last Friday night (April 22, 2016). However, his method of victory was certainly a shocker to most (event recap here).

“Venom” locked up a variation of a toehold to force Jeremie Holloway to tap inside Mohegan Sun Arena in the first round of the main card’s opening bout. The 29-year-old fighter spoke to MMAmania.com about the submission victory after the card’s conclusion.

“It’s a toe hold but it’s inverted,” said Page, who donned a Marvel Comics “Venom” tee shirt. “It was something that we drill all the time. I felt him really getting stressed about his foot and I was like ‘I’m just going to hold onto this,’ and he tapped quick.”

With Page’s propensity for aerial attacks, fast movement inside the cage and crisp accurate striking, no one could’ve foreseen a leg lock submission becoming his method of victory.

“He didn’t,” Page said smiling. “Especially having guys in my gym trying to tap my legs with leg locks, I have to understand the leg lock game and we have a lot of counters for it. To be fair I was trying to go for it… A lot of times people usually let go and I can take my leg out and carrying on fighting from there.”

Holloway sprinted across the cage and immediately attacked Page as soon as the fight began, and boy did Page make him pay for it by connecting on a right hand that sent him crashing to the canvas.

“I knew he would ….View full article