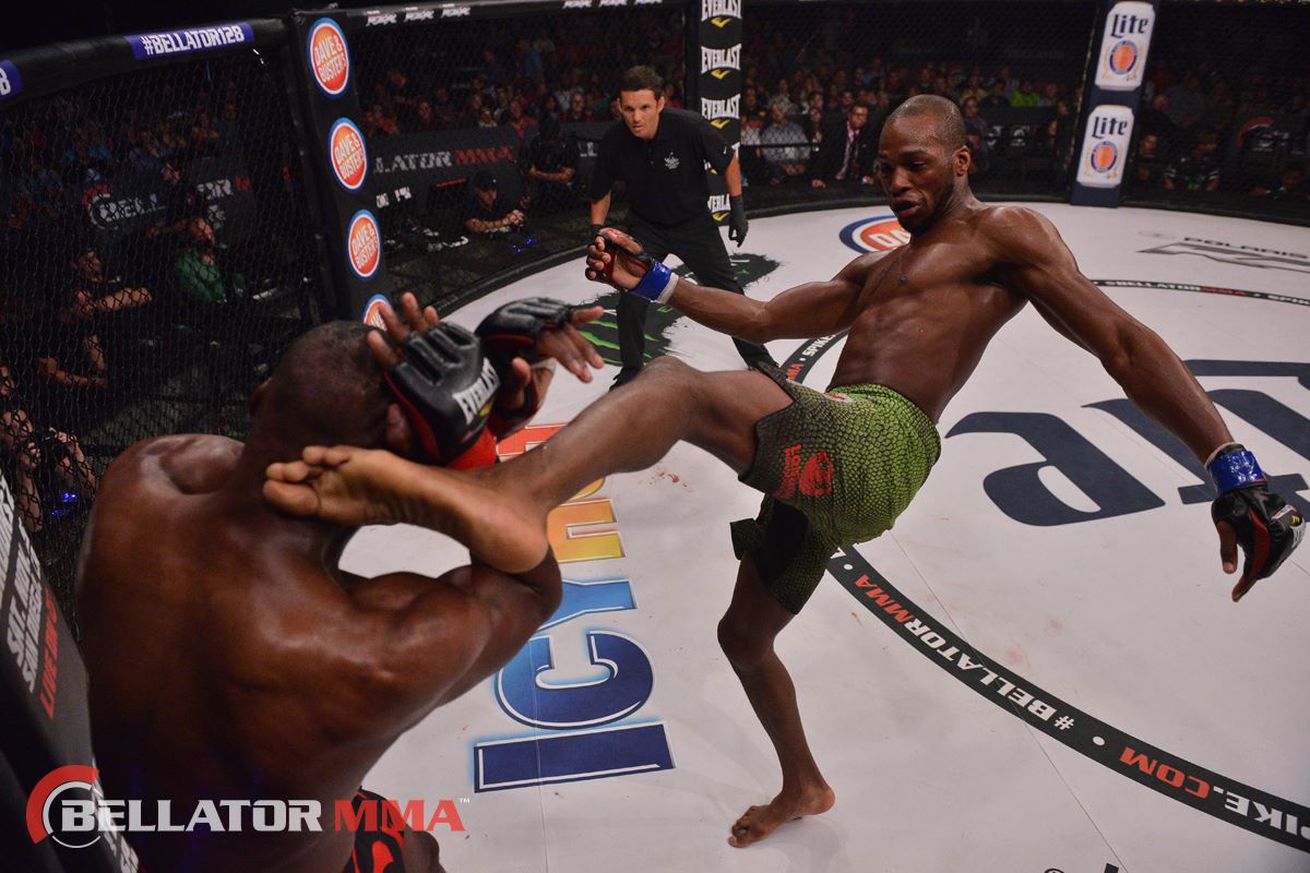 England’s Michael Page won his tenth professional mixed martial arts bout on Friday night at Bellator 153 against Jeremie Holloway, and he did it with his usual panache. After Holloway charged out of the gate, Page hit him with a right hand that nearly put an exclamation mark on the fight just seconds in.

When Holloway absorbed the shot and continued on, Page showed another wrinkle in his evolving game just couple of minutes later — he submitted Holloway with a counter-reverse toehold midway through the first round. The finish was shown on ESPN’s Sportscenter, and Page continued his unbeaten streak in the cage.

And for those people who stack Holloway’s name into the same casualty pile as Rudy Bears and Charlie Ontiveros (a.k.a. people set up for Page to beat) the cry began anew: When will we see him fighting formidable opponents? When will Page become a contender in Bellator’s welterweight division?

On Monday, Page was an in-studio guest on The MMA Hour, and he was asked those very questions.

“I think I am now,” he told Ariel Helwani. “I definitely am now.”

Even though his next bout was already announced versus Fernando Gonzalez (25-13) at Bellator 158 in London on July 16, Page said he was one hundred percent ready for the likes of current champion Andrey Koreshkov. Likewise, he even said he’d be ready for lightweight champion Will Brooks, should he dip to the lower weight class.