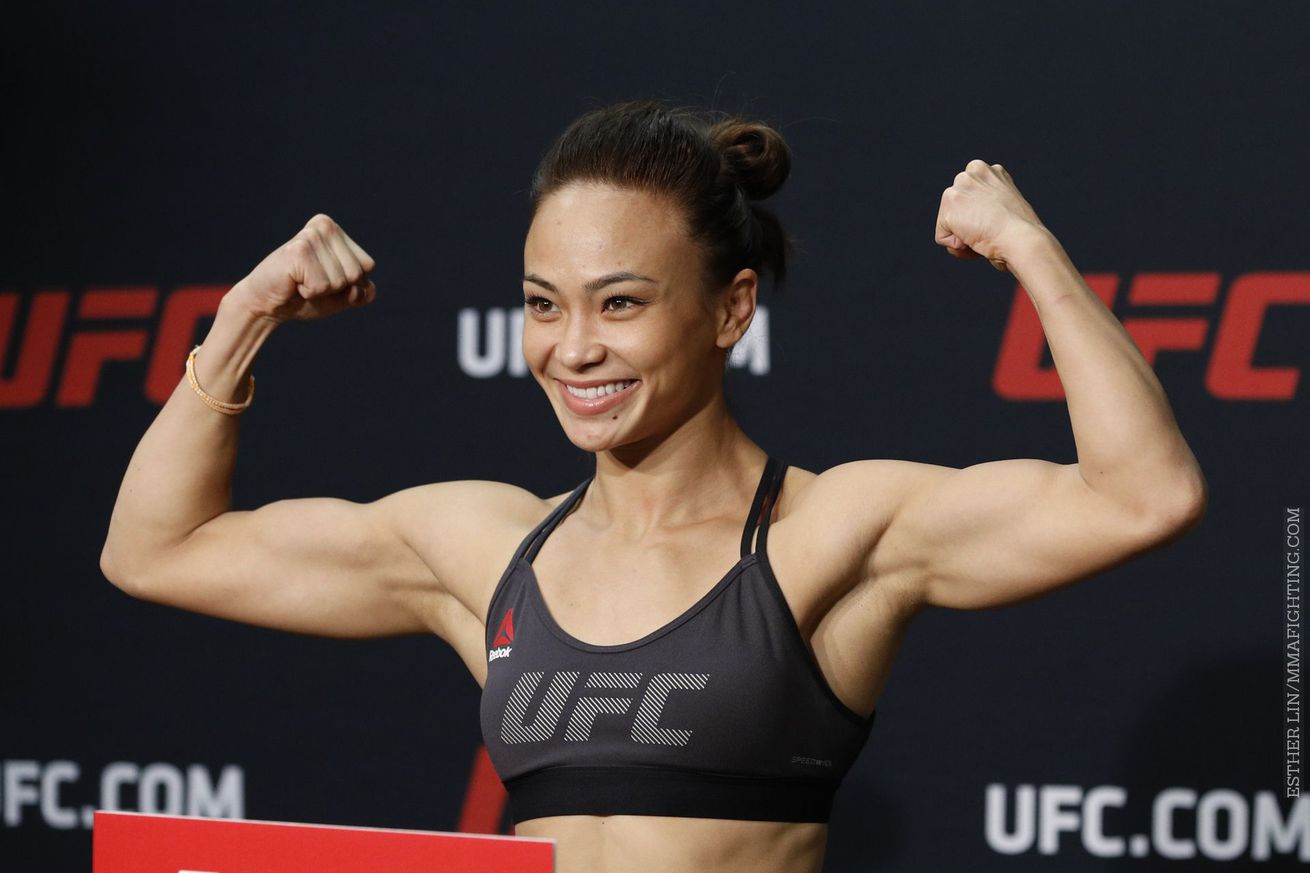 All it took was one big win for Michelle Waterson to shift from the forgotten woman of the UFC strawweight division to its most popular callout.

Waterson emerged from a 17-month injury layoff to score the biggest victory of her career this past weekend when she submitted Paige VanZant on prime-time television in the main event of UFC on FOX 22. In the days since, a flock of UFC contenders including Rose Namajunas and Jessica Andrade have called for a shot at Waterson, and “The Karate Hottie” has a few ideas about want she wants next.

“It feels good to be wanted. I think all those names sound pretty interesting,” Waterson said Monday on The MMA Hour.

“I really respect Rose, I think she’s a great person. I think it would be an awesome match-up. [Daniel Cormier] was wanting me to call out Carla (Esparza). Even Karolina (Kowalkiewicz), that’s what (Dominick) Cruz wanted. Those three. Even Joanna (Jedrzejczyk), I would love to fight Joanna. Any of those names really sound like interesting fights to me. We’ll just have to kinda see what we can do as far as negotiating those fights and where each one of those will take us.”

Considering her lengthy time away, Waterson, 30, said she hopes to enjoy the holidays then jump back into an eight-to-10 week fight camp for whatever comes next in 2017. She also hopes that her flawless performance on a FOX show that drew nearly 3 millions viewers proves to the UFC that she is worth more than the $15,000/$15,000 show/win salary split that she earned for her headlining spot in Sacramento.

“It is a little embarrassing,” Waterson admitted. “But we’re going to fix it. I hope so. I hope they know what they have in me, because I’m not going out there just to cruise. I’m here for the UFC, to represent the UFC in the best light that I can, and hopefully they see the value in that.”

There is little doubt that Waterson has the potential to become one of the strawweight division’s breakout stars.

The former Invicta FC atomweight champion debuted in the UFC to great fanfare in July 2015, but then spent nearly a year-and-a-half on the sidelines due to a frustrating string of injuries. She quickly became an overlooked name due to the speed at which the sport moves, but her dominant win over VanZant served as a perfect reminder that Waterson belonged among the world’s best. And now she is ready to begin that hunt for gold in earnest.

“There were some times that I was frustrated,” Waterson said. “And not because I didn’t think I was meant for it or any of that. But because I am not only a fighter — I’m also a wife and a mother, and I have responsibilities as those things. Being a fighter is a very selfish career, and you can’t always spend as much time as you’d like with your children because you’re training four times a day, and you’re bringing your work home with you, with the diet and the nutrition. Sometimes you have to skip holidays because it just is what it is. If you don’t, it throws off your focus.

“And that is what got to me the most: here I am being selfish, trying to take my dream as a fighter, and my daughter is suffering for it because I can’t be 100 percent mommy. And that’s what killed me. But my husband just kept reminding me that this is what I’m meant to do. I’m meant to do great things in the MMA world and that we’re doing this together as a family, and that (my daughter) Araya will appreciate it more if I continue to fight through and accomplish my dreams.”