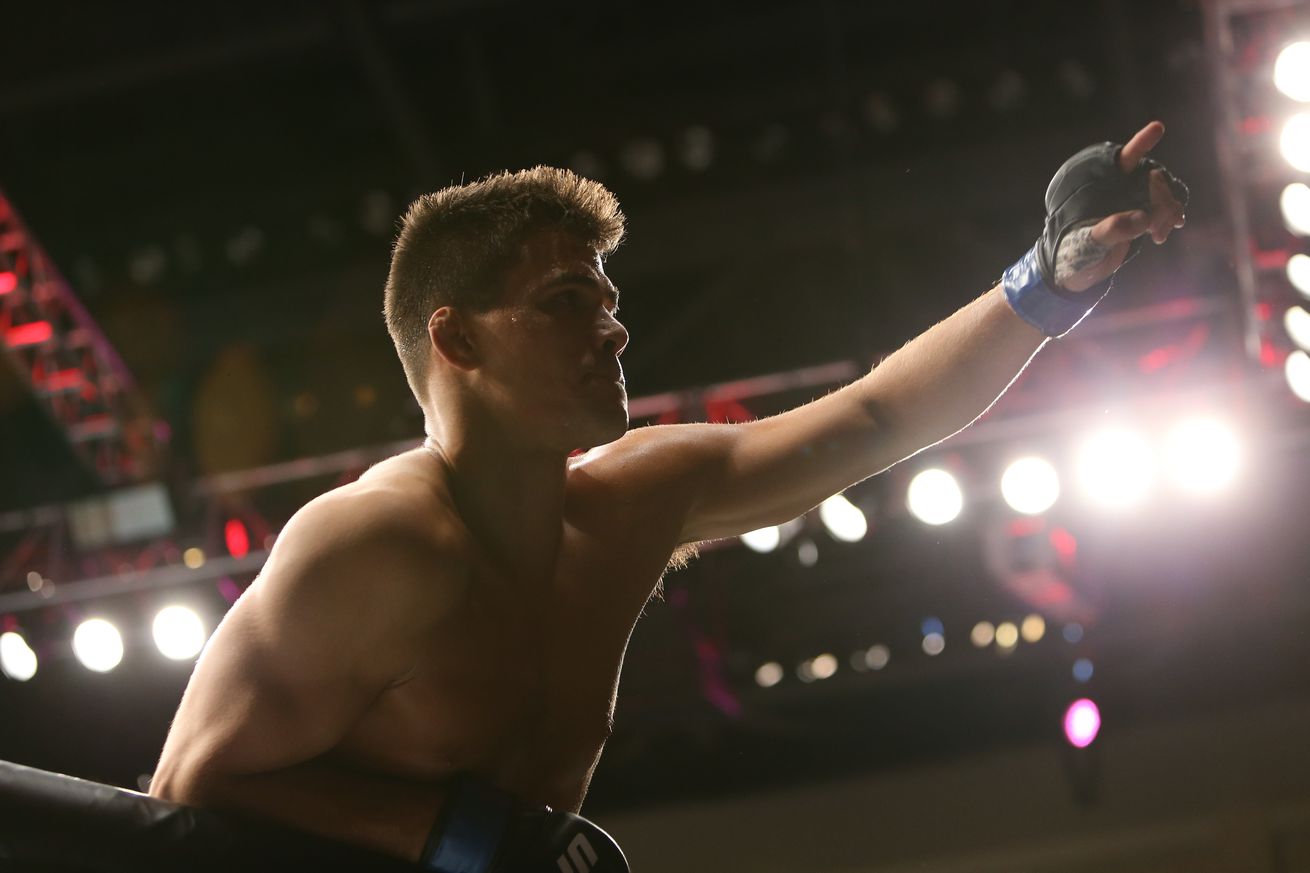 Two of the more popular prospects in Ultimate Fighting Championship (UFC) today will lock horns tomorrow (Sat., Dec., 17, 2016) at UFC on FOX 22 live on FOX from inside Golden 1 Center in Sacramento, Calif., as Mickey Gall takes on Sage Northcutt. The rising welterweight youngsters have traded barbs before, but it is Gall who continues to fuel the fire leading up to their co-main event showdown, recently saying “Super” couldn’t last in his hometown of New Brunswick, New Jersey.

“Not very long,” said Gall during open workouts earlier this week when asked how Northcutt would fair on Jersey soil (h/t MMA Fighting). “He’d find himself in a locker. He’d probably kick his way out of a locker, I’ll give him that. … He seems very ingenuine. I say corny like a dork, but its an ingenuinty, he’s putting on.”

While Northcutt has burst onto the scene with a 3-1 promotional record since coming aboard in 2015, Gall doesn’t seem too concerned with his skills, stating he’d beat the 20-year-old prodigy wherever the fight may go.

“I’m better on the feet, better on the ground, tougher than him, endurance, everything,” added Gall. “When we jump in the fire, he’s hopping out of the fire way before I am. … It could go quick. I”m ready for three hard ones. I’m going to get the finish. I’d like to get a knockout in the first, but smart money is I’ll choke him out in the second.”

Remember, Gall recently spoiled CM Punk’s debut this past September and only has three professional fights to his him. Northcutt will undoubtedly be his toughest test to date, but a huge victory Gall could use to climb the 170-pound ranks in 2017.

MMAmania.com will deliver LIVE round-by-round, blow-by-blow coverage of the entire UFC on FOX 22 fight card, starting with the Fight Pass “Prelims” matches online, which are scheduled to begin at 3:30 p.m. ET, and then the remaining undercard balance on FOX Sports 1 at 5 p.m. ET, before the FOX main card start time at 8 p.m. ET.