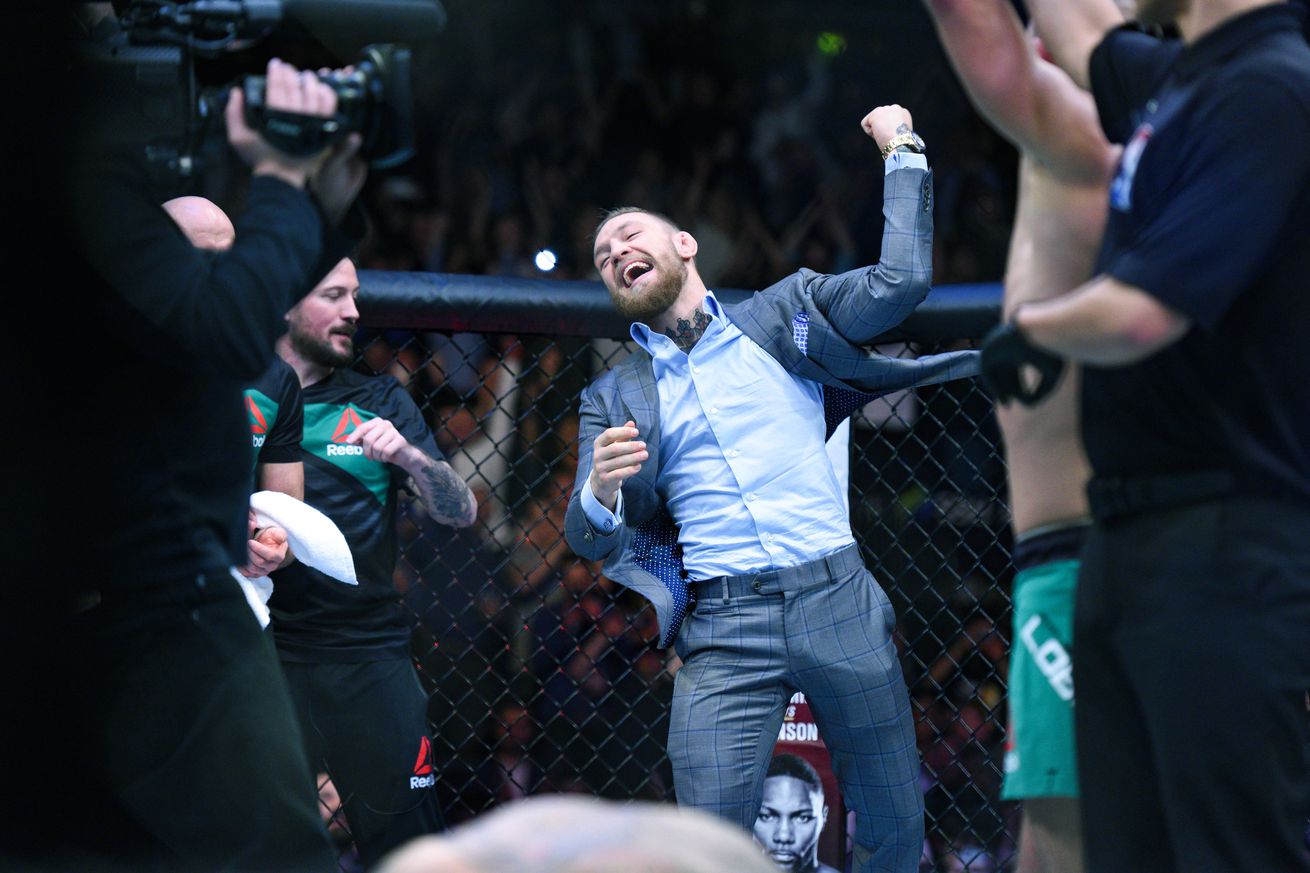 Welcome to Midnight Mania! It’s that time of year again … Christmas Eve! It’s also almost the New Year, which means many of us are looking back at 2016 counting the damage it wrought. I mean, counting our blessings and good memories.

Here is one of the top moments of the year, courtesy of one Nathan Diaz.

When it comes to the Moment of the Year there is only one winner. pic.twitter.com/VNHTeM3tuP

Perhaps with this moment in mind, Dana White continued to ride the “Nate is just too big for Conor” choo-choo train all the way into the station …

… and yes, I can agree, the size difference opposite a career Lightweight — and former 155-pound title contender — is just ridiculous. 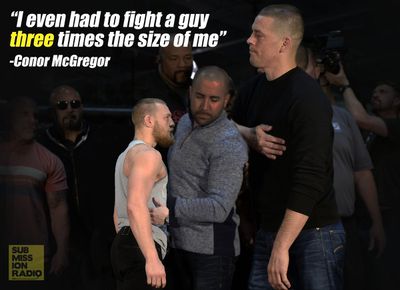 Fighters have stories and delusions they tell themselves after a loss to explain it. We discussed that with Jose Aldo. And Diaz was a uniquely difficult match up for McGregor. But, this narrative is still so silly:

You know who never used height, reach, and size as a talking point? pic.twitter.com/xbyRr1OSH4

While we are remembering people giving and taking damage …

Joanna Jedrzejczyk is a fearsome human being, a veritable Velociraptor of destruction, a 125-pound female Terminator, a … cute reindeer taking pictures in front of Winnie the Pooh and Tigger? Yeah, that’s right.

@benfowlkesMMA @chaddundas @SoozieCuzie Ladies and gentlemen, I present to you Champy, one of the world’s most vicious fighting machines! pic.twitter.com/CQatW8JPTz

While we are on cute and cold …

Someone made this cartoon of McGregor going after all the belts. And all I have to say is this: Well done.

Chael Sonnen and Tito Ortiz will meet in Bellator 170 at The Forum in Inglewood, Calif., on Jan. 21, 2017. However, these two have clashed before, in collegiate wrestling, and guess who won?

Early 2017 goals “regardless of results” 1. Fight @FabricioWerdum 2. Use the Volcano with @CainValesquez 3. Hold hands with @stipemiocicufc

I can deal with all of those coming to pass.

Jessica Hudnall, LegKickTKO on Twitter, has been doing underrated work in 2016. It’s really excellent stuff, and now you can watch some of the videos here:

Ok, I spammed the shit I wrote.

Now to spam the vids I made!

An excessively long countdown of Nate Diaz’s slaps to Conorhttps://t.co/lxRjIinIwg

from the very beginning of the year – carlos condit is TITANIUMhttps://t.co/Bl0nMDhNg9

And one for The Big Homie Manny Newtonhttps://t.co/OgqXTu4Qwn

Nate Diaz is a SOS type of person, Slap On Sighthttps://t.co/6IuSsJozRI

god, i love these subtle moments of defense from lawlerhttps://t.co/jHRJgeq3ws

This is a little grim:

probably the cruelest video i’ve done, the Deaths of the Horsewomenshttps://t.co/xl0r9enR0S

I had the hairs on the back of my neck stand up when I watched this.

This is hard to watch for entirely different reasons:

something else that’s hard to watch – tito ortiz speaking#TroopFamilyhttps://t.co/BLkqAhjz5D

On a lighter note:

nate diaz shows us the real way to react to happy newshttps://t.co/OfTgepWvJU

Tim Elliott is an entertaining man to watch fight:

This Beatdown episode discusses who ought to be Fighter of the Year:

Tyron Woodley continues to impress when it comes to the quality of these:

What do you think of this stunt fight? Looks fun…

@adoubleleye and I had a blast on set with our girl fight yesterday. Obviously she won. Thanks @corydemeyers for the opportunity and @jesselaflair for the clips. #stunts #girlfight #tempestfreerunning

No one is quite sure what THIS sound is, though they think it comes from a whale, too:

While I am talking about animals, this National Geographic compilation of its best animal pictures from 2016 is stellar.

Email me at [email protected] to say wish me Happy Holidays or Merry Christmas or Happy Kwanzaa or Happy Hanukkah!