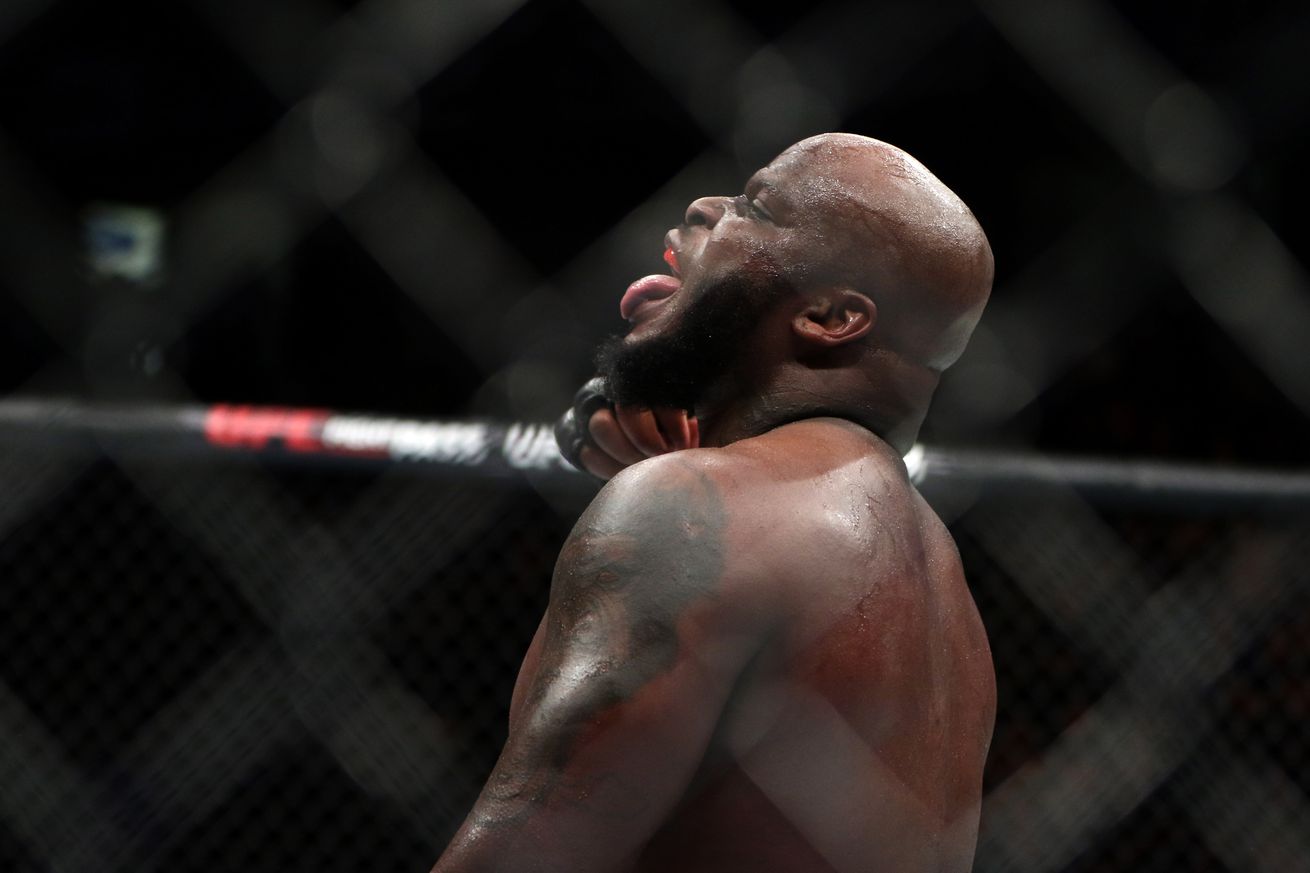 Bringing you the weird and the wild each and every weeknight …

Welcome to Midnight Mania! Tonight, we have Derrick Lewis taking shots at Travis Browne on “The MMA Hour,” Valentina Shevchenko is revealed to have yet another surprising skill, Rampage Jackson goes “there,” UFC Fight Night 104 headliner Dennis Bermudez asks Tom Brady a question, knockouts, submissions, randomness, and everything else you need to fuel your sleeplessness.

Lewis says motivation for his main event match against Browne, which headlines UFC Fight Night: “Halifax” next month (details here) comes from “Hapa” allegedly beating women. However, Browne was cleared of domestic violence against his ex-wife after a UFC-funded investigation. That, however, did not stop Lewis from using the accusations as fuel.

“I look at him beating his wife & I could look at this fight as motivation since he like to hit on women.” – Derrick Lewis. WOW. #TheMMAHour

“Why don’t you call one of my ex I cheated on like 4 times?” – Derrick Lewis #TheMMAHour

Browne has already said he is taking this fight personally, and that Lewis is going to find out what this shit is all about. Except, now “Black Beast” really has made it personal. This could get real fun … for as long as it lasts.

Oh, and by the way, that came after this craziness on “The MMA Hour:”

Rampage blaming Ariel Helwani for his relationship problems and saying things I don’t think we can repeat here. #TheMMAHour pic.twitter.com/xM8GvIzpX5

All that happened amidst Rampage’s anger at UFC for killing his sponsorship market with the Reebok deal.

January 30th, 2017. Mark this day as the moment when The MMA Hour officially jumped the shark.

Watch it all here:

The plaque at the base of the Statue of Liberty reads: “Give me your tired, your poor, your huddled masses yearning to breathe free, the wretched refuse of your teeming shore. Send these, the homeless, tempest-tossed to me, I lift my lamp beside the golden door!” #resist

Speaking of female Bantamweights, here’s Valentina “Bullet” Shevchenko, a woman of many talents:

Bullet’s coach gave her the nickname based on her love of guns and she actually has a lot of medals in competitive shooting. #TheMMAHour pic.twitter.com/bc3bMlTQm7

Oh, and she can dance, too.

Dennis Bermudez seems to be making offers on Dana’s behalf ahead of his pre-Super Bowl fight night headliner versus “Korean Zombie.”

So @MenaceBermudez just asked Tom Brady that Dana could have anything he wanted . Tom asked if he could help them win

This is great social media game from Derek Brunson, who faces Anderson Silva in the co-main of UFC 208:

Trump has been going crazy with the executive orders, but I never knew he’d go this far. And after his own supporter, Dana White, vaguely threatened McGregor with an “epic fail,” too.

From theChive.com, see this hilarious glitch from EA Sports UFC 2:

Ian McCall is officially cursed. All of his opponents get injured, even those who never get injured.

Do you remember this?

On this CME, is warning of an “epic fall” the exact wrong way to deal with someone like Conor McGregor? https://t.co/cklOBphhxE

Marshawn Lynch playing the bagpipes in Scotland is the greatest thing I never knew I needed to see. pic.twitter.com/gCiX69nj4w