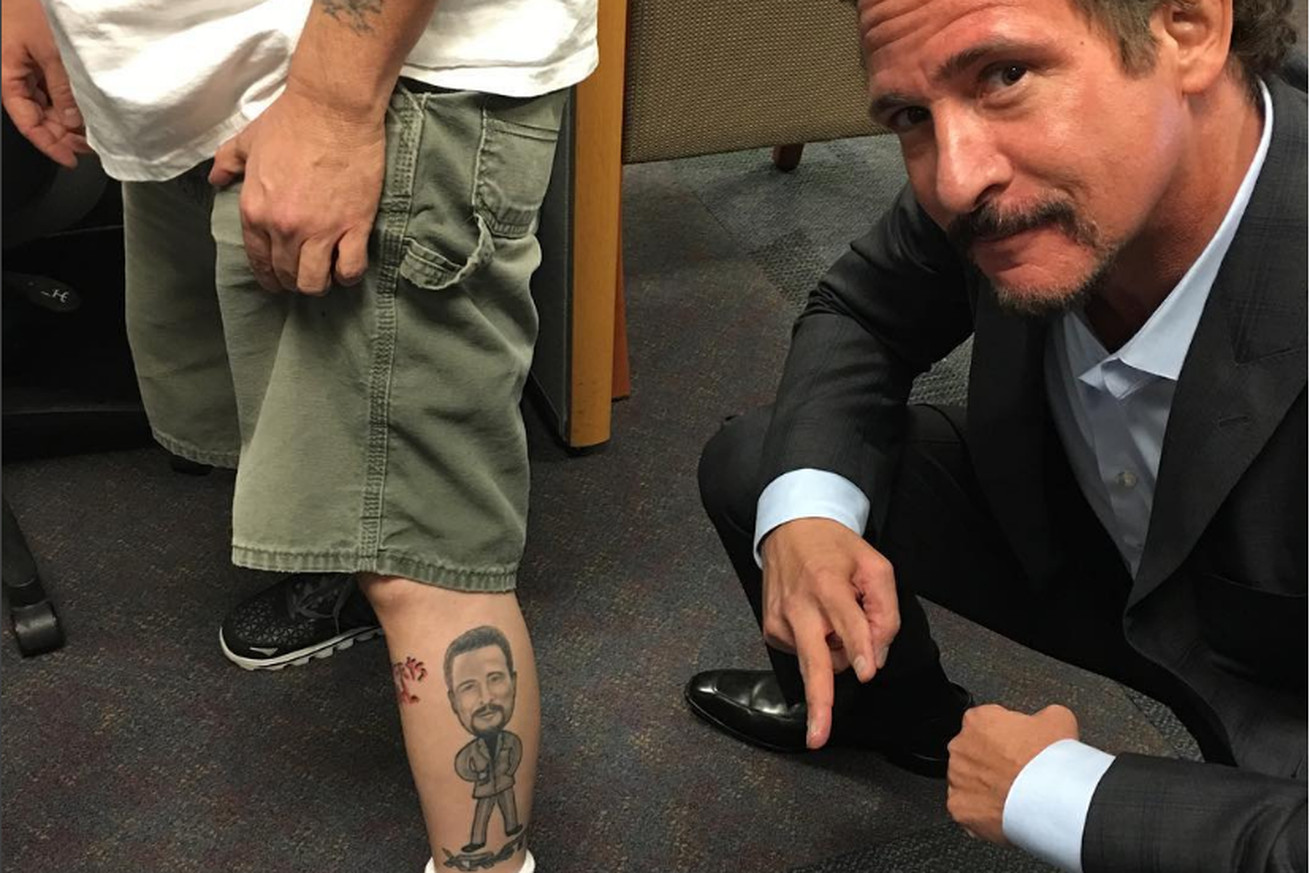 Welcome to Midnight Mania! I hope you are getting into the Christmas spirit … or Hanukkah … or Kwanzaa … or Festivus … or whatever holiday you friggin’ celebrate. My girlfriend is queuing up the cheesy Christmas romances at this very moment, which is in direct opposition to “MMA Land,” which is where the Maniacs live.

So, I got you … only until midnight, though:

Where’s this rumor that Jim Rome is replacing Mike Goldberg, and where are my matchsticks so I can light myself on fire?

Rumor has it that Jim Rome is the possible new commentator that Chael Sonnen hinted at during his latest podcast. Check it out if you want to check me on that:

The Internet isn’t the biggest fan of this rumor, bringing back a broadcasting gem from 1989 when then-Rams quarterback, Jim Everett — 6’5,” 200+ pounds — nearly killed the 5’9” Rome on set for calling him “Chris,” a reference to the female tennis champion at the time. I know this because I was not yet born at the time, but I now have an ancient editor:

This could be your new UFC play-by-play voice.https://t.co/TjBhNnlkqa

Hmmm … Might want to rethink this one, WME-IMG, if indeed true — Not exactly “Dream Team” material.

In other fake news, UFC on FOX 22’s Sage Northcutt and Mickey Gall are just so easy to impersonate that we are going to continue the “Totally 80s” theme with a skit from “Saved By the Bell” that 75 percent of you have probably never seen before, but I now have an ancient editor:

Footage of the Gall/Northcutt scuffle at media day today https://t.co/ixYmOCIS2o

Conor McGregor thinks he has a career in politics ahead.

Not everyone thinks so.

Pair Of Titles Until Stripped https://t.co/m0ub8Srb0q

He is apparently going into a business, though, and not one MMA-related:

Conor McGregor’s​ interest in cars has led him to launch this new business venture! pic.twitter.com/rPlNw0jvn7

I will post more or less anything related to Cub Swanson and Doo Ho Choi.

Remember how Angela Hill couldn’t make her re-debut in UFC because of that inane testing policy that Brock Lesnar side-stepped, but she can’t? Well, former UFC fighter Cody Gibson pointed out something that I hadn’t really thought about, which will potentially affect many fighters who were either signed too early and needed more time to develop or have put together a great run and deserve a second shot in with promotion.

So does this mean ex-UFC fighters looking to get back can’t take short notice fights?…usually our only way back… https://t.co/QDyKENlYGq

In case you missed it, Cyborg’s diligent social media team has been doing a pretty decent job firing back at UFC’s decision to go ahead and make an inaugural women’s Featherweight belt … without her.

@mmamania @RondaRousey @HollyHolm it was all good just a few weeks ago pic.twitter.com/7ng1yHXWJt

She’s got a point, although Dana White ain’t seeing it.

The Internet, and its creative peoples, are amazing.

Speaking of Holloway, he got a heros welcome back in sunny Hawaii.

I hear the next big pay-per-view (PPV) event is Ronda Rousey. It’s just a rumor going ‘round the Interwebs, though, nothing legit.

Before then, though, we have a different women’s fight. Check out Flyin’ Brian J’s breakdown of Paige VanZant vs. Michelle Waterson, which will headline UFC on FOX 22 this weekend in Sacramento:

And this one, The Fight for the Ladies:

The real Jon Jones (on Twitter) — not the embattled former UFC Light Heavyweight champion — gets interviewed by “Tommy Toehold.” And he has awesome social stories for dayzzz ….

Who would have believed that the perfect Wikipedia photo caption could have been improved upon? pic.twitter.com/pLedKWbs1o

Email me at [email protected] if you want to hear about the time I spent my birthday and Christmas with my jaw wired shut because of MMA — a lot of spiked egg nog that year! (It wasn’t spiked)