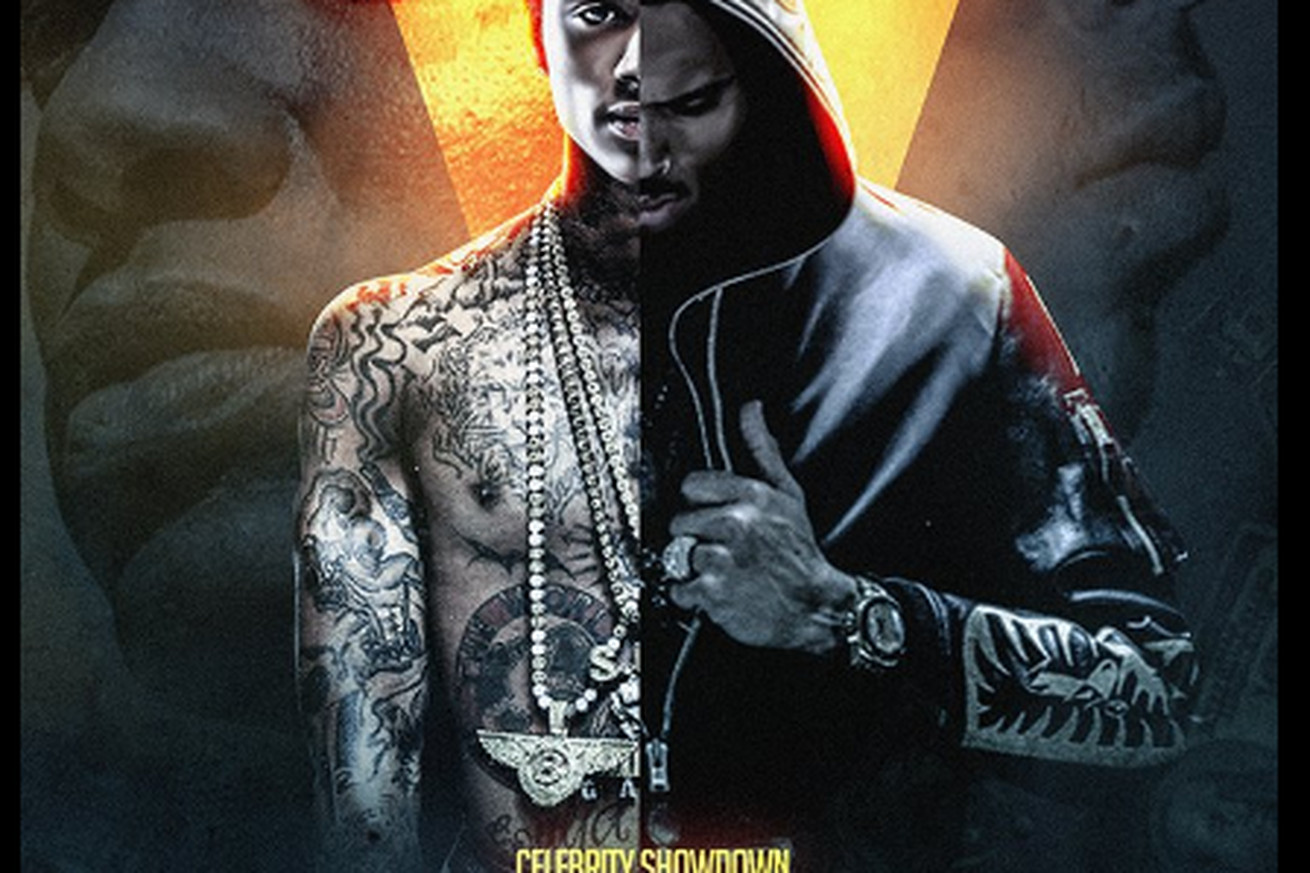 Being famous for other things and deciding to fight is something that has a definite market, even when the participants are terrible at fighting.

…Which is a good thing for Soulja Boy.

You know how Amanda Nunes pasted Ronda Rousey? She would do the same to Soulja Boy, judging only by this clip and inferring from it the sum total of his fighting ability. My girlfriend’s take? “He isn’t good at rapping, and that’s his occupation. Why would you expect him to be good at fighting?”

Bosslogic went and made a MUCH better poster, as he does

Many requested it, I’d watch for sure 😀 @FloydMayweather @chrisbrown X @souljaboy pic.twitter.com/GY891PIXav

The pair have been feuding on social media for awhile now…

Looks like I got Chris Brown in this matchup…

Who y’all think has better hands?

Soulja Boy is the one doing the most promoting on social media, but judging from this caption Chris Brown is completely down to fight him. Or, to be more precise, box him.

@adamscherr99 @wweaallday21 @spifftv it’s been amazing to see how many people tune in to negativity. NOW THAT WE HAVE YOUR UNDIVIDED ATTENTION…. BOXING MATCH SET. Legally. Man to Man. NO MORE DISSING AND NO MORE BULLSHIT. ME AS A BLACK MAN, looked back at my actions on social media and what I though of myself is this… “CLOWN”. SO THIS ISNT AN APOLOGY. IM TAKING RESPONSIBILITY FOR MY IGNORANCE. @adrienbroner @floydmayweather @50cent WE IN THE RING WIT IT. TAKE YA BETS NOW. #CELEBRITYBOXING CHALLENGE ACCEPTED. #stayclassy #OHBSPORTS @twincharlo @futureofboxing

Soulja Boy is going to need all of the training Mayweather can give him.

The champ said I got this pic.twitter.com/7FAxZuouGi

I can only take that about as seriously as I take this:

Tag a friend who would try this pic.twitter.com/RSP0ng4Mhi

At least he has a better coach than Ronda Rousey:

This man shouldn’t be coaching anyone at a high level, much less Rousey.

Isolating precisely what happens in these moments is so difficult in the chaos of a fight even on video.

Herb Dean has a response for Michael Rappaport’s idiotic comments:

Lorenz Larkin is a free agent, but rumor has it Bellator isn’t interested. All respect to Bader, but I would much rather watch Larkin violence:

Sweet, sweet knees to the body:

Everyone loves a good knockout.

Submissions are great too though, especially in sloppy, everyone-is-gassed funfests.

HOLY MUAY THAI THIS IS AMAZING

Someone come get your child please…

I live in Houston, so seeing my local radio station morning show post about Alexa Grasso was jarring.

All Moms are the same:

So Michelle Waterson is not only a top ten strawweight following her win over Paige VanZant, but also incredibly funny.

This wrestling looks like a work… but it’s mostly just bizarre to watch.

Wrestling Wednesday!!! ‍♂️ Give them a reason to remember your name. #wrestling #jwmma

Here is a mock up of @dillondanis X @JonnyBones fight poster pic.twitter.com/HHsApcbPN1

It would be a very interesting matchup, even if Jon Jones doesn’t want to face high level black belts just yet…

Snoop Dogg interviews Nick Diaz! The pair have been tight for a minute now, and Snoop Dogg is a frequent fan of MMA and the best possible person to replace Mike Goldberg as the play-by-play guy.

Opinionated MMA reporters Helwani, Thomas, and Snowden joined for a podcast discussing, who else, Ronda Rousey.

The Fights Gone By podcast by Jack Slack is back!

Perhaps this man should consider a different gig:

Autocorrect. Get you every time.

We know @YahooFinance will delete that tweet, but the internet never forgets.https://t.co/8JBMt67MIp

This has never been more appropriate, but stay woke, Maniacs!