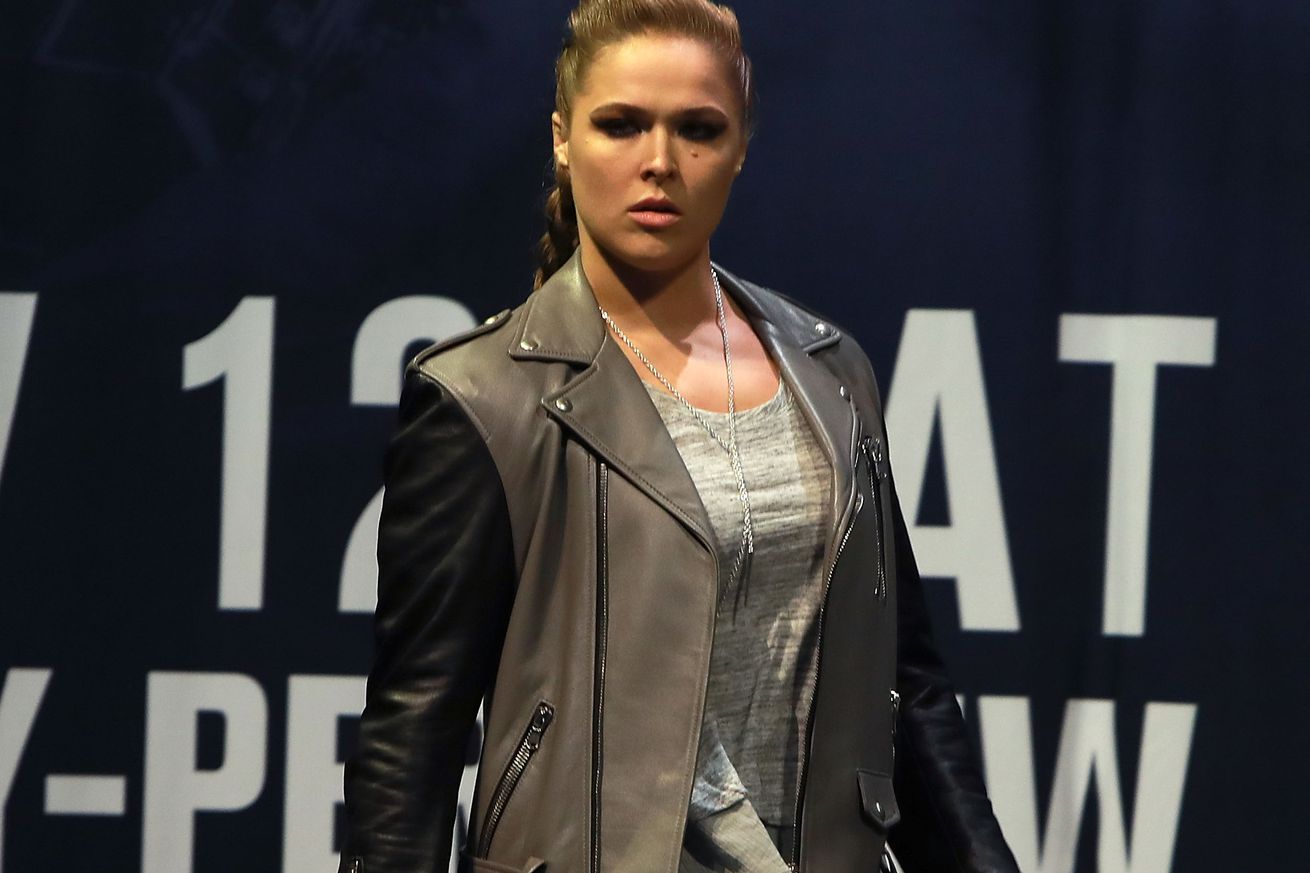 Welcome to Midnight Mania! “Korean Superboy” Doo Ho Choi welcomes you to the darkness. Unlike 12 of his 16 opponents, though, you will not find sleep easily.

When you murk people for a living but you also enjoy coloring books and playing on the jungle gym. pic.twitter.com/xbGGYFAhUH

Let me get this out of the way first: Happy birthday to female MMA fighter and top-ranked Strawweight, Claudia Gadelha.

She is, indeed, multi-talented. Wearing makeup and keeping that hair styled while hitting a bag is, well, almost beyond belief. Happy birthday, beautiful ass kicker.

The Strawweight division will reportedly get another influx of talent as Invicta champion Angela “Overkill” Hill has been re-signed by UFC to fight Jessica Andrade at the increasingly-stacked UFC 207. She will join Alliance MMA teammate and Bantamweight champion Dominick Cruz on the Dec. 30, 2016, card.

Now, speaking said card, you may not have heard this yet … it may have escaped your attention. Yeah, it’s been flying under the radar, most people have no idea — it’s a HUGE SECRET, but … Ronda Rousey is back!

The very best video regarding her comeback is this one from TMZ. Check it out:

And now, for something completely different … I mean, if you are into Conan, World of Warcraft and/or Vin Diesel:

Here she stars in a new Pantene commercial that is exceptionally well edited to make the Olympic bronze medalist in judo look like a polished striker. We will see soon enough!

For a video breakdown and artistic depiction of her actual talents, take a look at this shot of her stunning finish of Alexis Davis (if you haven’t seen it yet):

Eat your heart out, Chrissy Teigen.

Another scene of domestic tranquility, this time from a different UFC Bantamweight, Cat Zingano:

I never posted the Monday Morning Analyst, so here it is, laying out how Demetrious Johnson dealt with the surprising threat of the unorthodox Tim Elliott.

And some other analysis from the boys at Heavy Hands:

Looking forward again to UFC 206 this Saturday, Joe Rogan previews the extraordinary level of striking talent on display in the main event:

Two of the most dynamic strikers in the featherweight division collide at #UFC206! Who wins? @JoeRogan previews ⬇️ https://t.co/68Hy9i00B2

“The Naked Gambler” broke down this extraordinary main event for those wondering where to put their money.

Today, Max Holloway sparred with a young Pettis fan, and it might have been the best thing I’ve seen all week — the boy was “Blessed!”

Also at the open workouts, Duane “Bang” Ludwig and Matt “Immortal” Brown warmed up on the pads.

Matt Brown didn’t hold back in today’s scrum. He really doesn’t like Donald Cerrone and had some very harsh words about “Cowboy.”

Interesting, given he has trained with Cerrone in the past. I spoke to Cowboy’s trainer about this match up. Look for an article on that tomorrow. Meantime, watch this breakdown on that fight from Flyin Brian J:

And get yourself primed with this video of five finishes from fighters featured this weekend.

I know I can’t be the only one excited.

Oh, but before that, we have that Albany Fight Pass card, and breaking news has just surfaced regarding who is the most beastly fighter in UFC:

Now that the news has went viral. YES!! Beastin 25/8 will no longer be the fight name but the brand name. Watch Friday to hear the name.

I’ll miss that nickname, but at least there is now one undisputed “Beast” because Derrick Lewis was not backing down on that one.

Grabaka Hitman made a list of top regional KOs this year and you want to see them all. You know you do.

Gonna run through my 2016 regional KO of the year list today.

I could never get that hook-to-head-kick combination right when I was doing Muay Thai. So that’s how it’s done.

Another Muay Thai staple I never used, the tripling up of round kicks. Guess there is a reason they teach it.

The next one is so ridiculous I wouldn’t even have planned it in an action-movie sequence:

This one is straight gangster:

I remember seeing this on my timeline when it happened. Still amazing.

Another flying knee… I always feel like I can spot who is going to knock out who in these clips.

We just saw this one. Worth a rewatch. I didn’t know the opponent came in fifty (50!!) pounds overweight.

When a fighter comes in that overweight, or has a history of fighting dirty, it makes me a little more likely to enjoy seeing them get knocked out. Maybe that’s wrong, but its true.

The timing on this one is ridiculous.

Oh, and here’s a bonus KO for good measure.

This one, though, just has me really concerned about what’s going on:

I hope that guy is okay. Not that any of those are normal, but that one was really bizarre.

Cowboy Cerrone is apparently not as deeply involved with the MMAAA as might have originally appeared. He went on record confirming that Dana White spent $100,000 of his own personal fortune (of over 300 million) to get Cowboy out of some legal trouble regarding a dispute on a boat. Cerrone also apparently didn’t know he would be sitting on any kind of board.

“Listen dummy these guys are not your fren I am your fren.” pic.twitter.com/4hwGcejsAr

The MMAAA has come under fire from another source, too: The guys who are suing the UFC see them as competition. The story is fascinating from both sides, as the parties in question met behind closed doors previously and couldn’t come to an agreement. The MMAAA and responded with their side of the story here:

This will be interesting to watch unfold.

Sage jumping for no damn reason:

You… just keep doing you, Sage.

In case there was any doubt, Nate Diaz confirmed he is going to wait until Conor comes back, following word from Dana White that the Irish superstar will be out for most of the year. I would wait for a $10,000,000+ paycheck too.

This one is for commenter unambig, who wanted more cowbell:

Don’t drop me a line or anything at [email protected] with suggestions, insults, or great memes. I said DON’T.