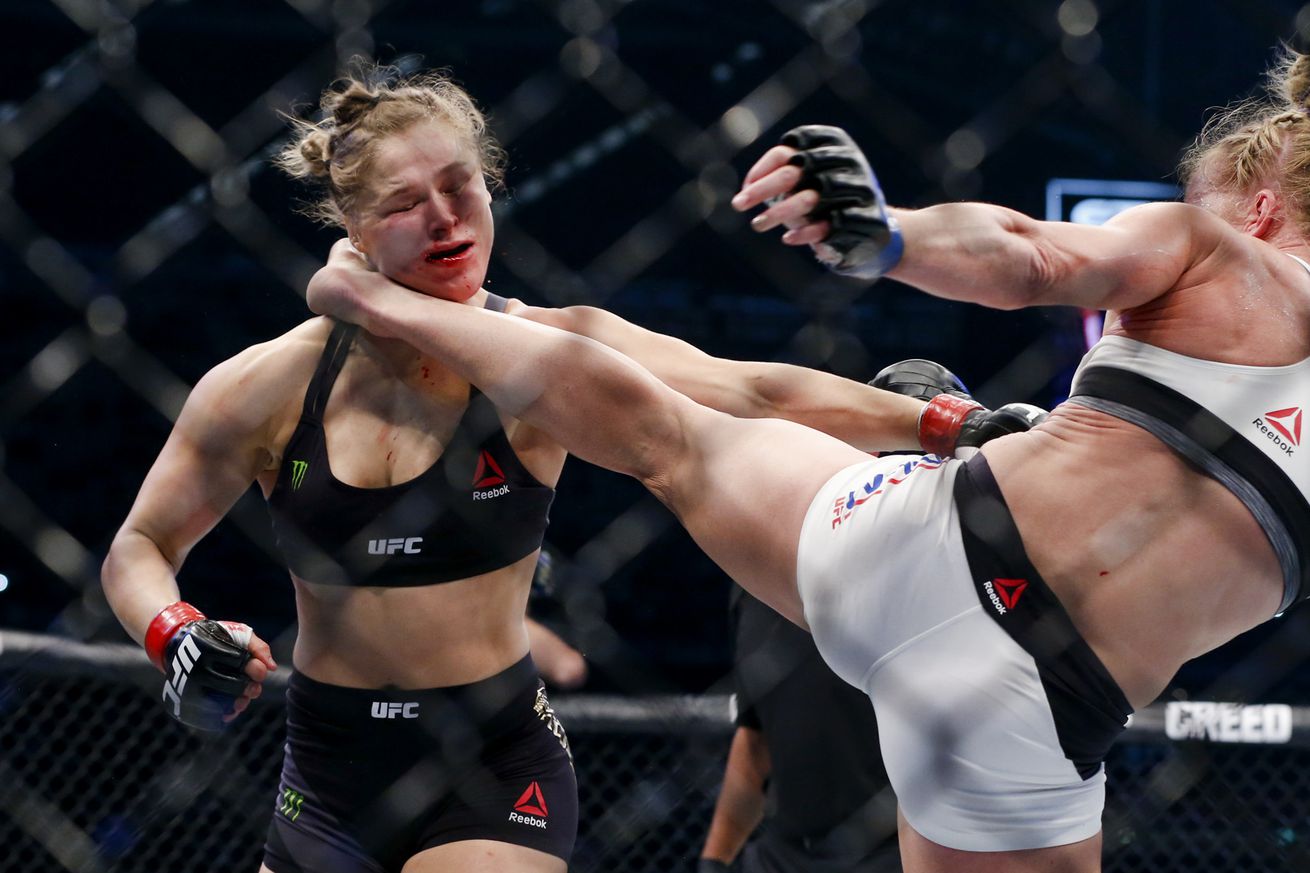 Neither Miesha Tate nor Holly Holm elected to wait for the return of Ronda Rousey during their brief reigns as UFC bantamweight champion. However, Amanda Nunes appears to be bucking the trend. Nunes, who captured the belt with a first-round victory over Tate at UFC 200, told Brazilian outlet Combate last week that Rousey “has to be” her first title defense and indicated that she would wait for Rousey if the UFC guaranteed the fight would happen.

Appearing Monday on The MMA Hour, Tate said that she understood the stance Nunes was choosing to take, but that it wouldn’t be how she would attack the situation if she was in Nunes’ shoes.

“I think, my personal opinion, as the champion you don’t wait for people, you step up when you should,” Tate said on The MMA Hour. “You should stay busy and do whatever, but it’s her choice, it’s her life, and she’s probably being advised to wait. And I can’t blame the girl. It’s going to be a big fight, it’ll be a big money fight. Financially, career-wise, it probably makes sense from a political side to wait.

The UFC women’s bantamweight division has hit somewhat of a standstill since Nunes dethroned Tate in dominant fashion in July, with top contenders Julianna Pena and Valentina Shevchenko calling for Nunes to defend the ….View full article