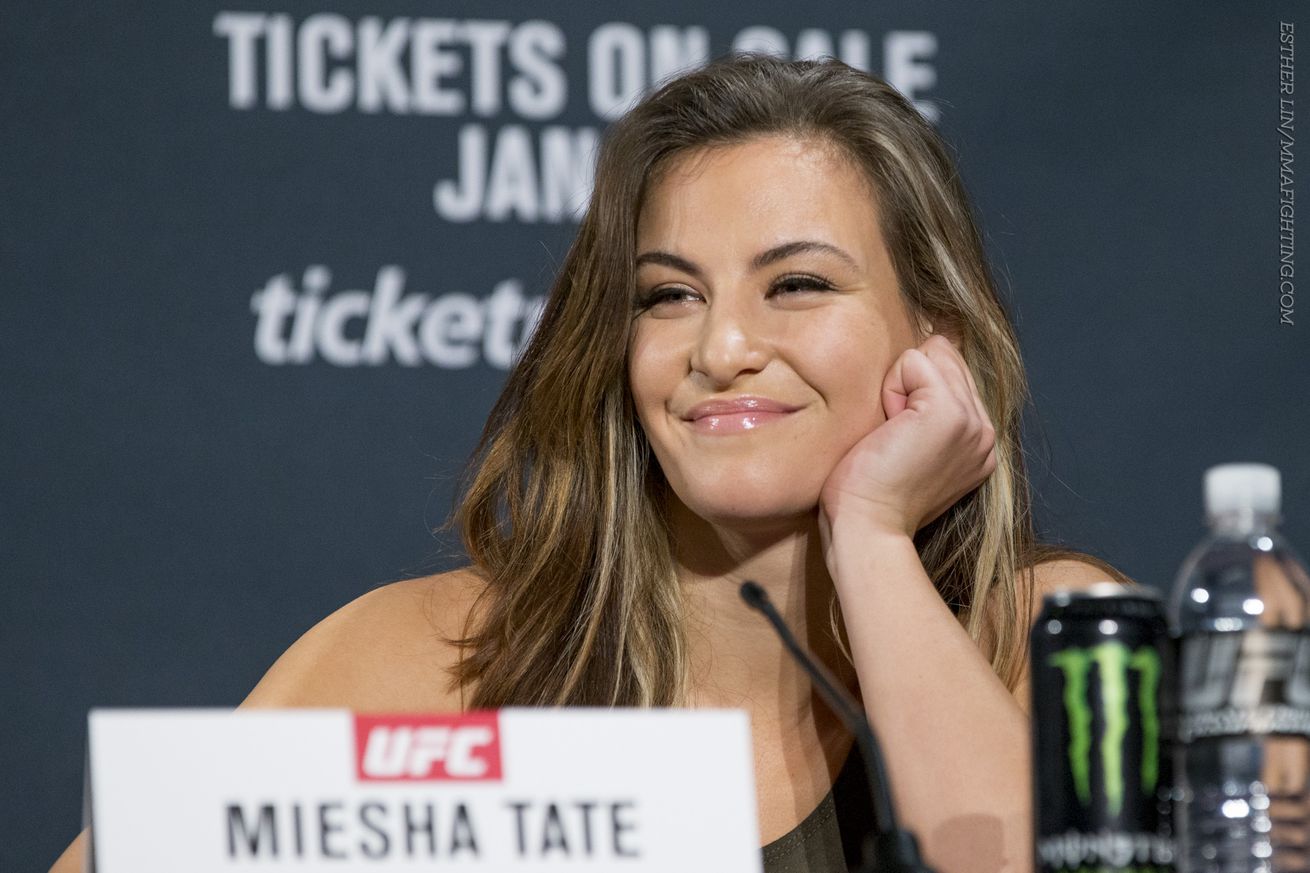 Chris Weidman and Luke Rockhold felt it before their middleweight title fight at UFC 194 in December. Robbie Lawler and Rory MacDonald experienced it back when they put on the Fight of the Year at UFC 189 in July. And now, just a little over six weeks before UFC 197, Miesha Tate and Holly Holm are about to get find out what it’s like, too.

They are going to fight on a pay-per-view in the shadow of global firebrand Conor McGregor, who will headline UFC 197 against Rafael dos Anjos for the lightweight belt. And if last week’s UFC 197 media conference was any indication, McGregor will be in rare form as he tries to make history in holding two belts concurrently.

As far as the women’s bantamweight challenger Tate is concerned, she’s more than happy letting him hog the spotlight going in, if it means more people watch.

“Well you know what, it’s really nice, because it definitely takes a lot of the distractions off, and he seems to handle it really well,” Tate said during an appearance on The MMA Hour on Monday. “And the good thing about it is, when I go out there and take this belt, regardless, there’s going to be a lot of eyes watching. Because whether they want to see Conor McGregor or they want to see our fight, they’re going to be watching. We’re right before their fight, so pretty much the entire world’s going to see that, and I’m really excited about that. So that’s the most important thing.

“If he’s going to take on the role of taking most the questions and most the lead-up and most of that stress, let him have it. Because when that fight comes people are going to ….View full article